The arrival of summer

by NatalieMarmol 4 months ago in Short Story
Report Story

Summer is a season that many people are tired of but love. Every year, summer arrives silently in the middle of May, 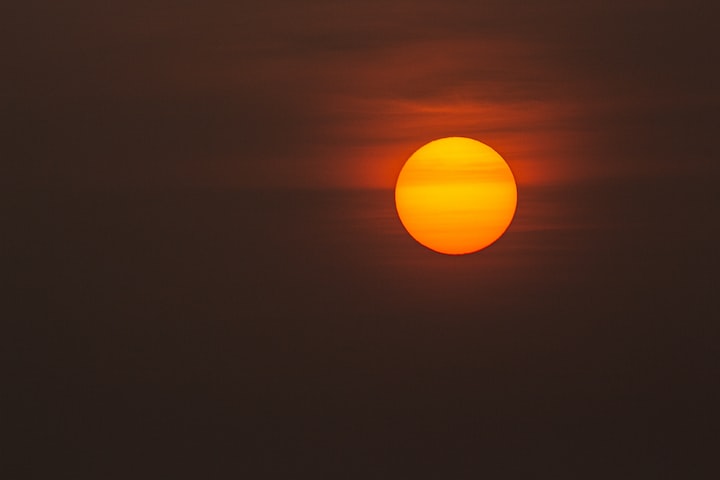 Summer is a season that many people are tired of but love. Every year, summer arrives silently in the middle of May, without the slightest reminder, only the fierce sun enveloping the entire sky.

When I was a child, the summer sun was not as hot as the current summer, and the early arrival of summer due to excessive development of heavy industries was frequent, which is one of the reasons why many people are tired of summer. Every summer, I always liked to go to the market and buy a few watermelons to eat. As soon as I got them home, I put them on the counter, cut them in half, and dug into them with a spoon, looking like a child who had never seen the world, looking funny but happy. My mother likes to sit on a chair by the fan, she doesn't like to blow the air conditioner, same as my watermelon. For some reason, I prefer to sit in a chair listening to the sound of the fan and enjoy every moment that summer brings, compared to the unbelievably cool air conditioning. Perhaps, because there was no air conditioning when I was small, the fan has become the other half of my summer companion for the longest time, and I am slow to abandon it.

Inside the large room, my brain pondered whether to go out to exercise and feel the sweat of summer. After thinking, again and again, I finally chose to go out, I didn't want to disrupt my exercise rhythm because of the season. "Ha!" With a shout, I took a point of the key sentence. Looking at the ping pong balls spinning in the air, a passion belonging to summer suddenly appeared in my heart, and I understood that it was a feeling not found in other seasons. The heat and sweat were intertwined, reflecting the fervor in my own heart to perfection. After a fierce battle, several of us went in groups to the kiosk to buy a big bottle of Coke. "Gulp, gulp!" A few people's mouths were as big as bowls, and in a few moments, half of a big bottle of Coke was settled. One must sigh that the arrival of summer also inevitably brings a peak season for drinks, so I guess there are still a lot of people who like summer!

The cicadas and the birds are the hallmarks of summer, and looking out the window at the blinding sun and listening to the cicadas always gives you the feeling of being in a vast meadow. The dusk at school is also a beautiful sight for everyone to enjoy after a hard day's study. I look at the endless sky, the yellow dusk that is difficult to execute, and I have an indescribable feeling of being depressed and small.

Summer is a particularly wonderful season. Everything in the world seems to come alive in the summer. At the same time, the summer heat is an existential factor that confuses and troubles many people, and with the global temperature rising, the summer temperature is also rising. As you can imagine, the summer ahead is bound to get hotter and more unsympathetic. However, many things in life have summertime pleasures. One of the most common is swimming, which is the sport that goes best with summer. With the cool water and the endless beach, it's as if summer has been forgotten in my mind. I jumped into the bottomless seawater, a wave lapped my chest, and the cool, refreshing feeling kept hitting my heart and kept me calm for a long time.

I sat in my chair with the sound of the fan still in my ears and looked out the window at the blazing sun. The moment my eyes closed, they had sunk, and when I woke up again, it was dark outside. I had a dream-"I was lying on the beach, looking at the blue sky and white clouds, and I reached out my hands, trying to reach the unreachable sky." It took a good moment of emotion before I came back from the dream I had just had. "Hey!" With a soft sigh, I thought of the saying, "When I was seven years old, I thought I had caught the whole summer by catching a cicada."