by Ireland Lorelei 6 months ago in Short Story 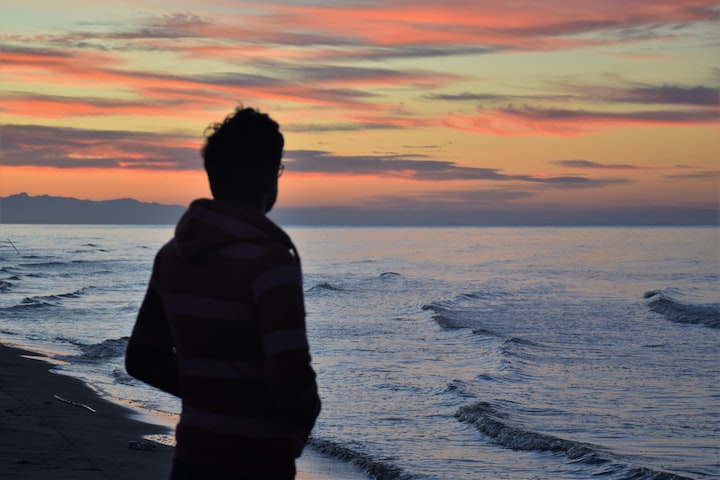 As I stood looking out at the ocean with about fifteen other men and women, some in couples, some singles, the sun was setting in dramatic hues of pink, blue, and tangerine. It was a beautiful sight. I come out here every day that I am able to catch the sunset. It is one of the most relaxing things in the world for me. The sounds of the waves hitting the beach, the colors of the sun in the sky and reflecting off of the ocean were magical.

As I walked closer I saw five mean standing in the water about waist high. What are they doing? I looked again as I got a little closer to the water that’s when I saw it, an Orca whale. Oh my! I pulled out my cell phone and called my emergency office line immediately.

“Thank you for calling Marine Foundation. This is Bryan do you have an marine life emergency?” the person on the other end answered and said.

“Hey Bryan, it’s Tamara Jenkins with the Marine Life Center’s Orca division. I need a team and possibly a lift and rig out at the cabanas on Merrill Inlet Beach. I have an Orca here who looks to be pregnant,” I said back to Bryan as I took off my flip flops and went out into the water to check the mammal out.

“Tamara, hey, good thing you are there. I will dispatch a team immediately to your location,” Bryan said.

“Thank you, I will be waiting,” I said as I hung up the phone and walked back to shore.

Addressing the crowd and the guys in the water I introduced myself and asked the guys by the whale to stay away from her tail and head, but to keep throwing water to her body that was outside of the waves. The tide was going out and soon she would be completely beached and my team was on the way. As I am explaining a police officer came up.

“If anyone has any buckets in their vehicles or if you leave nearby, if you can go grab them for us please and some flashlights so that we can continue to work while the sun continues to go down,” I said to the crowd.

I looked over at the officer and realized it was Tray. I asked him, “Tray, I mean officer Bryant, can you turn your truck around so that the lights sign this way?”

“You got it Tamara. Do you need anything else?” he asked.

“Not right now, except holding my cell phone. Thank you,” I replied as he grabbed my phone and headed to his truck.

A few minutes later the crowd had collected ten buckets and the five guys and myself were pouring water on the whale. I knew it would take my team at least forty-five minutes to an hour, at least to get here. I had those not close to the whale start a line to the water as the tide started to go out more and more.

Finally, my team got here and we were able to get the whale inside of a net and on the rig headed to the facility. Tray lead the way with the sirens and lights on so that we could get there as quickly as possible because this mama whale was not going to wait much longer before her baby would be born or at least we thought.

As we put her in the tank we had for delivery, we checked her out for any cuts, bites, etc to make sure she was healthy. She was. So, now all we could do was wait.

It was almost midnight when she gave birth to a healthy baby girl! We named the baby Zoe. It had been a long night, and what a beautiful end to what started with a beautiful sunset.

More stories from Ireland Lorelei and writers in Fiction and other communities.