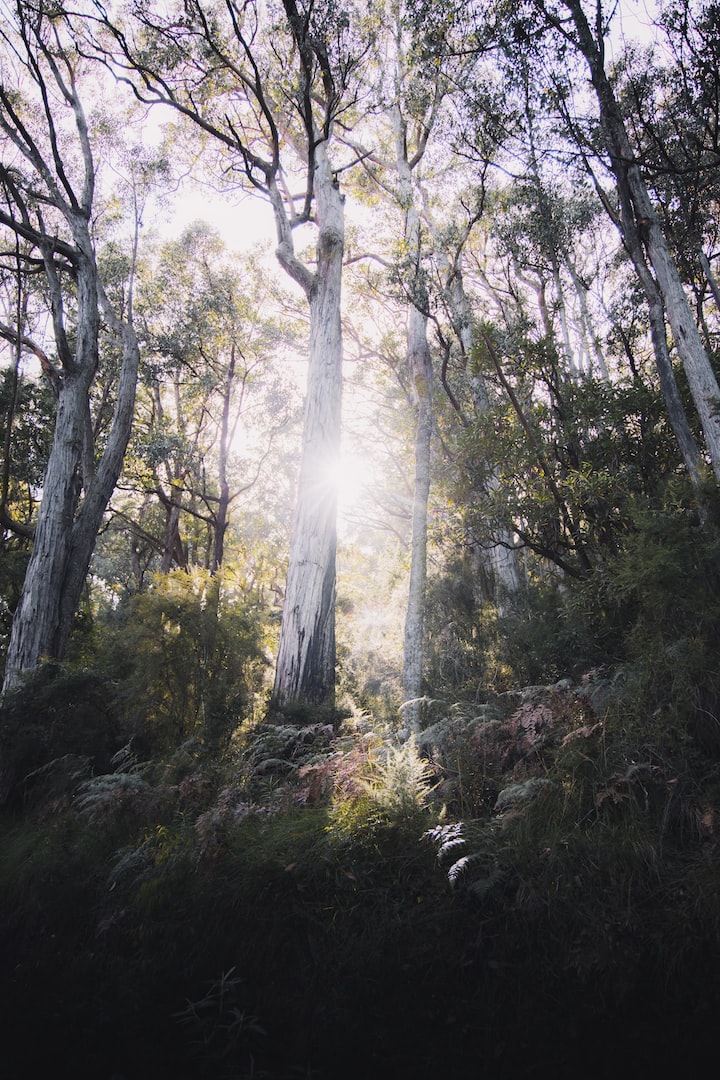 Photo by Pat Whelen on Unsplash

Sometimes it’s hard to define, even for someone with an excellent sense of smell. To pull out the different elements in a blast of scent that is all at once familiar and somehow terrifying.

The fear, an unforgiving clutch at her throat, hit her as soon as she opened the car window as they drove along the road that snaked its way to the holiday house.

The smell disarticulated – thick clay mud, salt, dark water, minerals, and charcoal. She had that experience of smelling, tasting, and feeling texture all at once, and unconsciously ground her teeth in response.

Jimmy looked at her with a raised eyebrow, as though expecting a barbed comment.

She was the master of scathing disapproval; she knew that about herself. It made her frown more decidedly.

‘What?’ he said, his eyes opening wide like a child’s. ‘Don’t tell me you don’t like it, wait till you see inside the cabin, its lux, I promise.’

She gave him a half smile and stared out at what was a cosy cottage set in a flower-filled garden and set again, on a hillside of strapping ghost gums, and grass trees. The view was all layers of grey green in a misty morning – it was wild and beautiful.

‘I’m sure it will be fantastic,’ she said. ‘It just feels weirdly familiar, and I have no idea why.’

‘I always think déjà vu represents a deep affinity with a place,’ he said, ‘it’s a good omen.’

She put his comment aside and opened the car door. Stepping on to the gravel path, she grabbed her duffel bag and crunched up the path slowly, taking in the breathtaking views up the hillside and across a wide stretched valley.

Jimmy was close behind, providing a running commentary of oohs and ahhs about the landscape, the kookaburras, the wildflowers, the cottage garden, and the cottage itself.

Despite the thick hang of dewy eucalyptus in the air, there it was again, the scent of…how to describe it…the scent of disaster.

She told herself she was being ridiculous.

‘Can you smell something kind of muddy?’ she asked casually.

‘Yes, that would be the dam,’ he smiled, ‘they say there are yabbies in it and that it’s a good season, so I brought some nets. We could get a gourmet feed from that dam.’

The dam was behind the cottage, about one hundred metres up a steep embankment and perfectly invisible from the road.

In naming the source, she was slightly relieved as they entered the house.

And Jimmy was right, it was a story book cottage. One large room, it featured a lush, overstuffed leather couch sat squarely in front of a stone open fireplace expertly stacked and ready to light. A hand-crafted timber dining table placed between the kitchen and the couch was set for two, and there was a retro wood stove, but also a modern electric cooker, and all the other kitchen conveniences.

Beyond the living area, the king size brass bed dominated the room, from its pristine linen sheets and beckoning caramel mohair throw, the message was clear, this was a cottage for lovers, not fighters.

Jimmy knew that when he booked it. And she knew he had done it with a full heart and an earnest hope for reconciliation. This was Jimmy’s last stand. He was in, and he needed to show her that.

It was now up to her to decide if she was in too.

They unpacked and made coffee, taking their mugs with them out on the porch to watch the day open up.

The conversation was easy, familiar. She talked about the problems she had with staff at her café, he talked about the drudgery of his public service job. They discussed their friends and family. They considered the impact of the virus on their own lives but globally as well. Together they yearned for the days before, when holidays away were taken for granted.

The possibility of this mini-break had always been dependent on the virus – on lockdowns and travel restrictions, so she felt deeply churlish for not being more excited about it.

Watching his animated, happy, face she felt a wave of kindness towards him, he was such a sweet soul - considerate, polite, organised. But she couldn’t find a glimmer of desire for him, and she was anxious about how deeply disappointing and strange that was.

She scraped her mind clear of the now, and tried to remember those early days, when they would slip sleepily into enthusiastic sex on sunny Sunday mornings, when coming home was about coming together in an urgent longing to feel each other’s skin.

That was 10 years ago. Why did Jimmy feel it was even possible to rekindle that - it was perfect, and nothing had been quite perfect since.

He took her cup and kissed her cheek, before heading inside.

Her head was full of those 10 years – a flicker fest of moments. Beyond that mad love they felt when they first met, they had settled into warm coupledom before she lost the child, and with it the compass of their lives.

Shivering at that thought, she headed inside and set about familiarising herself with the kitchen. She unpacked their food supplies and noted Jimmy had packed a hopeful bottle of Veuve Clicquot, two beautifully fresh trout, and some truffle chocolates and fresh berries.

They spent the day quietly. The mist lifted by early morning, and they explored the bush near the cottage. Jimmy took his camera and raved about the light. He asked her to stop several times, which she did uncomfortably, while he took her photo.

She felt like a ghost under that scrutiny. She had lived only half there ever since the miscarriage, as though part of her soul had been inhaled and captured forever, locked away in the tragedy of her baby boy’s last breath.

After lunch she had decided to read a book, but smiling brightly, Jimmy, with his yabby nets in hand, suggested they explore the dam to see if they could catch anything.

Climbing the slope, her steps were heavy, behind Jimmy’s buoyant strides. The smell of the dam drained her every movement.

As they reach the rise, the dam stretches out wide and deep. A ramshackle jetty built out from the side hovers over the slate-coloured water. The eucalypts around the dam are blackened from the trail of bushfires past, but new foliage of an almost psychedelic green springs out from the burnt limbs.

Like a boy, Jimmy sets out to bait and drop in the nets. She watches his delight and loves him for it.

Then the wave comes – a wall of scent, smoke, charcoal, and mud - a slipping feeling, as though the ground was shifting in a sudden rush.

The last thing she remembers is his face, his wide kind eyes, full of panic as she falls.

Her body feels small and lithe. Her hand is locked in her father’s grasp as he pulls her to the car. But it is too late to drive anywhere. The sound is overwhelming. Ferocious, a lion’s roar inches from your ears. She holds him tighter. Her mother screams. She is white with fear, clutching her pregnant belly. Dragging her along, dad puts his arm around her mother’s shoulder and hoists a wet blanket around them like a tent.

He pushes open the back door and they run. Burning bush drops from the sky, tiny parachutes of destruction, setting light to the rooves of the house and the sheds. The dam is their only hope.

Like a daisy chain, hands entwined they slide down to the water. Dad is the anchor; she is next and then her mother.

She hangs between them, eyes closed, limp with fear. It was just 20 minutes.

She remembered nothing but the smell and the grit of mud in her mouth. She had never let go of her mother’s hand as she slipped under the water. She was still holding on when her father dragged them up to the bank, her mother black with mud and perfectly still.

She could feel Jimmy’s hand in hers when her eyes opened. He was warm nestled beside her on the bed as the doctor, closing his bag, mentioned something about panic attacks, Valium, and a psychologist.

She had never talked to Jimmy about the fire. They had been each other’s closest friend, they had been voracious lovers, shared bank accounts and home loans, conceived and lost a child and yet she had never spoken to him about that night.

She hardly knew if she remembered more than the fear, the smells and sounds and her mother’s dead hand in hers. She’d left it there, in the depths of a cold black dam.

He hovered over her before padding quietly to the kitchen to make coffee.

Bringing the coffee to her lips, she looked at him hesitantly.

Jimmy, father of her child, holder of her hand, the kindest person she had ever known. She had to be in, and she hoped he was still in too.

Read next: The Last Straw