Who has not had one or two special experiences in their lives that they will not forget for a long time? Like Captain Nemo's trip to the ocean in "20,000 Leagues Under the Sea" 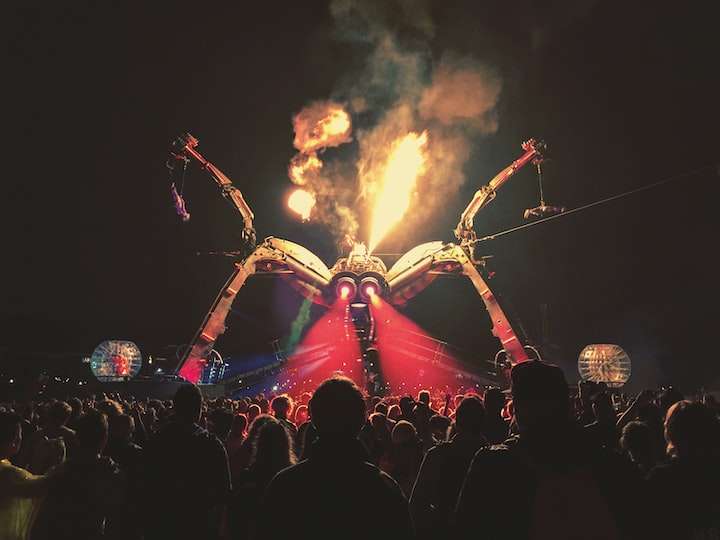 Photo by Joe Green on Unsplash

When I was a child, my father and I did not have a very good relationship, for example, we would not be as intimate as other fathers and sons. Whenever I was naughty, accidentally cut my finger, or got a good grade in school, only my mother would worry about me, and only she would be happy for me! My father always sat on the sofa and was silent, not even nodding to me to show his concern. This continued to freeze our already unfriendly father-son relationship. I thought my father didn't love me and didn't care about me ...... until that particular experience later on when I changed my perception of my father.

My father is a "living lightning", often donating goods to the countryside. One summer vacation, my father took me to a relatively remote mountain village, where the climate is very dry, standing at the edge of the village hill at a glance, only a large pile of yellow soil and a few sparse pine trees on the eyes. However, the villagers were very hospitable, and when they saw us coming, they killed chickens and slaughtered ducks, just as Lu You's poem depicted, "Don't laugh at the muddy wine in the farmer's house but leave guests with chicken and duck in the New Year. After a sumptuous lunch, my father took me to visit the villagers and meticulously understand their needs. I felt bored and muttered, "I'm not as concerned about the villagers as I am about them!" Although I was reluctant, I had to go with my father as he dragged me on.

In the evening, after visiting the villagers, my father took me home. Unexpectedly, when our car reached a valley, it somehow started to rain heavily and a lot of rocks and mud slid down, blocking our way home. When I was complaining about the damn rainstorm, my father said "wait in the car" and stepped out of the car and began to struggle to move the rocks, large rocks as big as a wheel, very heavy, my father could only barely move a little. His hands and feet were covered with mud, and blood oozed from his hands where a piece of skin had been worn away!

I witnessed this scene in the car, tears could not help but flow down, and my limbs were not under my control, involuntarily ran out of the car to move the stone with my father. My father shouted at me: "What are you doing out here as a child? I can't even move it, can you still move it?" His words were so stern, and his expression was so anxious! I learned that at all times, my father always shielded me behind him, and then he faced all the difficulties and dangers! No! This time I want to face the difficulties with him! I hugged my father and cried out, "Where you are, I will follow you!" After hearing these words, my father's stern gaze instantly became softer, he did not say anything, but he held me tightly with his hands. Next, we moved the rocks with perseverance and finally returned home before it was completely dark.

This special experience taught me so much about my father, his noble feelings and his deep fatherly love will always be engraved in my heart. This special experience also made me firmly believe that no matter what difficulties and hardships we encounter in the future, our father-son love is stronger than stone and will never be broken!