by Kevin Slimmer 5 months ago in Short Story 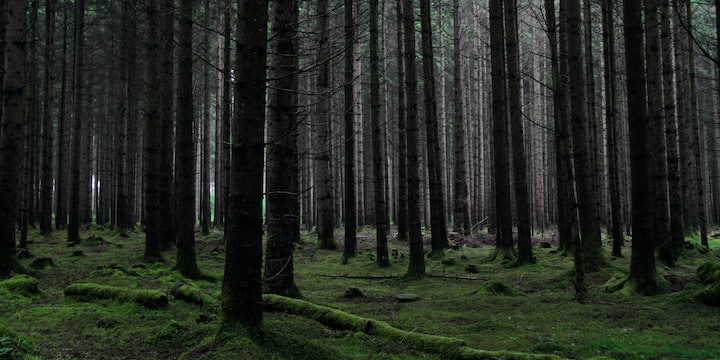 Photo by Jens Aber on Unsplash

The bleakness and silence engulfed Jacob as he walked outside of the cabin he slept in last night. For five long months, John was surviving in a new America that had no power, no cars, no internet, and no government. After the power went out, chaos ensued, and the foundation of America collapsed. The America we all knew, was no longer.

His parents were murdered early on when it all went to shit. He watched it happen. He was able to escape harm with his younger sister. One night 3 months ago, Jacob and his sister, Samantha, came across a group of people who seemed nice until they weren't. In the middle of the night, Jacob and his sister left their new compatriots to find a place of their own. They were followed and chased. That was the last night Jacob saw his sister.

Since that night, Jacob has been searching for his sister. He found a map of the surrounding area where he last saw her. He created grids, 5 miles by 5 miles to search every day. When the sun went down, he would find an abandoned house or shelter and sleep. The next day, he would choose another grid on the map and start again, crossing out the grids he has searched.

Jacob was skilled and able to protect himself. He was also armed with a hunting knife and a pistol that he found in a house a few weeks back. He was careful to avoid people. When he did come upon others, he kept his head down and continued to walk. Mostly, that worked, but occasionally he had to sprint to lose his pursuers. He survives on protein bars. He found a case of them in a garage. Water was more difficult. Water didn't flow from faucets anymore, so only well water and streams quenched his thirst. Occasionally, Jacob would find bottles of water in the houses he searched. Being 18 years old meant that Jacob was considered a man, but still cried himself to sleep every night in fear. His search for Samantha kept him focused during the hardest days.

After crossing out over 50 grids on his map, Jacob finally found something in grid number 51, 28 miles due south of where he lost her. Jacob was searching an old farmhouse from top to bottom. When he was about to turn in for the night, Jacob walked outside to take a leak. He put his hand on a tree to balance himself when he noticed a heart-shaped locket hanging off a low branch. Jacob's heart dropped as he recognized Samantha's locket that she wore around her neck for the last 5 years. Their mother gave it to her when she turned twelve. He took the locket and fell to his knees. He opened it to see the picture turned over with the words, "Help" and "South" with the tiny letters written in blood. He turned the picture over to see Samantha and their mother embracing. Tears flowed down his face as hope filled his heart.

It has been 2 weeks since Jacob found the locket. He stares at it every night until he falls asleep. He starts to walk south, again, wearing his backpack, with the knife on his belt, and the pistol tucked into the back of his pants. Every few days, Jacob sees signs that others walked the same path at some point in the past. This always refills his depleting hope when he so desperately craves it. As the sun was starting to set, on his right, Jacob was searching for somewhere to safely lay his head. Up ahead, Jacob saw what looked like to be a hunting cabin, but instead of the darkness he is used to expecting emanating from houses, a light flickered through a window. "Sam," Jacob whispered to himself.

He slowly approached the cabin, listening for any signs of his sister or who resided inside. Jacob made his way to the north side of the cabin. He was crouched with his back against the wall. He stood up while turning his head to peek into the window. Inside the cabin, he saw two empty sleeping bags around the fireplace. He went to move when he heard a deep gravelly voice, "Don't move."

Jacob froze and slowly turned around to see where the voice came from. A tall skinny man in his fifties or sixties was holding a shotgun at Jacob's head. "What are you doing?"

"I... I was just looking for somewhere to sleep for the night. Are you alone?"

"Just protein bars and some water. You want some? I have plenty."

Jacob didn't hesitate. He felt the weight of the gun in his pants as he took off his backpack. He grabbed the gun with his right hand as he handed the backpack to the man with his left. The man took the bag, keeping the shotgun pointed at Jacob. "Move." The man gestured for Jacob to move toward the front of the cabin with the shotgun. Jacob complied, walking backward to not reveal his gun.

"What are you going to do with me?" Jacob asked hoping the man doesn't ask him to turn around. The man kept gesturing as Jacob continued to walk backward. The sound of a screen door slamming shut, startled Jacob.

"Where the hell did you go, Frank?" Another man's voice bellowed around the corner from where Jacob was.

The man came around the corner, saw Jacob's gun, and yelled, "He's got a gun, Frank!"

Jacob pulled the gun out and fell to the ground and pulled the trigger, realizing, at that moment, the safety was on. Frank's eyes widened knowing he should be dead. He dropped the backpack, aimed the gun, and fired a deafening shot at Jacob. The shot missed as Jacob scurried around the corner, running into the other man. Jacob rolled to his left, while clicking the safety off and pointed his gun at the other man. The other man jumped to his left. Another booming sound of the shotgun rang in Jacob's ears as blood splattered him. Frank blew off the other man's head.

"Harold! NO!" Frank shouted. He bent down to inspect what he did to his friend and then anger jolted him back up. He swung the shotgun towards Jacob as Jacob fired the pistol three times into Frank's chest, dropping him next to Harold. Jacob stood up, wiping Harold's brains off his face, and approached Frank. He kicked the shotgun away and crouched next to him.

"Have you seen a teenage girl with long blonde hair and blue eyes?"

"Sc... Screw you." Frank labored to talk and then coughed.

"I will put you out of your misery if you answer me." Jacob bargained.

Frank's eyes shifted, contemplating laying there suffering in pain for hours."Yeah, I saw her. She passed through here 2 days ago. They seemed to... " Frank coughed. "... really enjoy her." Frank laughed and then coughed, changing his face from delight to anguish.

"Where were they headed?"

"South. Why? Do you want a piece... " Jacob ended Frank's suffering with a bullet through the skull.

Jacob disposed of the bodies away from the cabin. He then searched the surrounding area for anyone else. When he felt safe, Jacob took his backpack and went inside to sleep. The next morning, he ate a protein bar and packed up a sleeping bag and some supplies he found in the cabin. By the looks of things, there was a reason Frank was stealing his backpack. Jacob figured that the group that had his sister, took mostly everything Frank and Harold had.

The next morning, Jacob walked out into the bleakness and silence, took a deep breath, and continued south for Sam.