by J. R. Lowe 2 months ago in Horror · updated about a month ago
Runner-Up in Campfire Ghost Story Challenge
Report Story

"If you will be my eyes, I will be your voice" 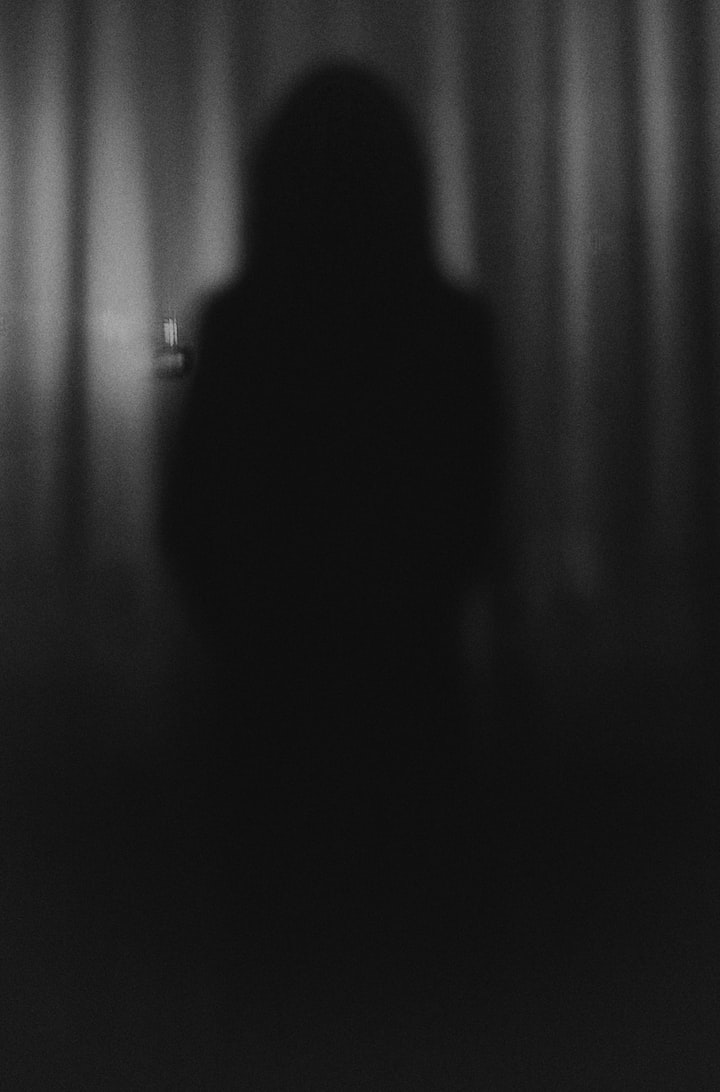 The cabin in the woods had been abandoned for years, but one night, a candle burned in the window. Two silhouettes huddled together in the shadows, made visible only by the faint auburn waves of candlelight which drifted from the windowsill down to the dusty wooden floorboards below.

As she tried to slow her shallow breathing, The Girl anxiously squinted into the darkness. Betrayed by her own eyes since birth, she could scarcely see, even in the brightest of places. Next to her, a second silhouette sat motionless. The Boy was alike The Girl in many ways, yet it was not his eyes that betrayed him but rather, his voice. For even in safest of spaces, The Boy could not speak.

The other children of the village never failed to remind them of what they lacked. They were cruel, but their spite only made the twins all the more determined to prove their worth.

Children often dared one another to spend a night in the cabin. It was a right of passage, or so they said. Not a single child had ever gone through with it. They didn't dare. Yet, none of them were willing to part with their pride and admit to their cowardice either, and so the challenge had remained.

"If you will be my eyes, I will be your voice," The Girl had said to The Boy one night. Determined to prove themselves to the others, they had crept from their beds and ventured into the woods with nothing but a candle between them.

They had felt the gaze of something wicked on their backs the second they entered the unholy grounds. Yet, no matter which way they had turned, there was nothing but empty shadows to be seen. So they had moved as fast as their feet would carry them, while cautiously shielding their precious candle from the breeze.

In her panic, The Girl had reached the front door of the cabin, had opened it and stepped inside just in time for the silhouette of The Boy to slip through before slamming it shut.

The tiny flame provided such little light that it was difficult to perceive much more than the ominous outlines of old dusty furniture within the single room of the cabin. Its walls provided refuge, but the decaying wood and rusty nails would not keep them safe forever. After placing the candle by the window, the silhouettes had sunk to the floor below and hid in the shadows.

Now, as they huddled together on the floor, something moved on the other side of the door. There was an ominous presence there that lingered in the atmosphere, as if the cabin itself could swallow them at any moment. The Girl forced herself to slow her breaths as she tried to shush herself into silence so as to remain hidden from what lurked outside. But it was too late. Something knocked at the door:

The Girl shivered with terror. In the dull candlelight, she could barely make out the silhouette of The Boy beside her. She reached for his hand nervously and settled on his cold and sweaty skin. His presence was a much needed respite, and The Girl found comfort in the sound of his wheezing, ghoulish breaths. As her nerves began to settle, something knocked again:

Terrified in the darkness, The Girl turned to her brother, "Can you see what's out there?" she whispered shakily. "Through the window...?"

There was no response, but the eerie silence was soon interrupted by more knocking, which had become louder and fiercer this time:

The Girl covered her ears as she tried to block out the terrifying sound, but the knocking only grew louder. She nudged at her brother's shoulder to get his attention, but his cold and bony shadow didn't respond. As her panic began to boil, The Girl nudged again, and again until finally, The Boy moved beside her. Yet, instead of moving towards the window, his silhouette squeezed at The Girl's arm, nails digging deep into her skin and drawing blood. As she winced in pain, the sound of flesh slamming into the front door stung at The Girl's ears:

The noise became so unbearable that The Girl leapt to her feet in fright, breaking free from the The Boy's grasp, and leaving his silhouette stumbling on the floorboards below. The Girl's sudden burst of bravery quickly subsided as she forced her feet forward towards the window. She had to know what was out there. As she peered out of the window, The Girl's eyes locked onto a blurry figure. Illuminated by the moonlight, the figure slammed its arms into the front door violently. Yet, its motions were not of anger, but of distress:

As The Girl squinted at the figure through the window, and noticed its familiar shape, she gasped in shock. Outside, banging on the front door, eyes wide with fear, trying to warn her with his muted cries, was The Boy. He had never made it through the door.

Inside the cabin, the silhouette crept closer.