On the day of the closing of the sports meeting, I helped him into the infirmary and felt for the first time the fighting spirit of the class, from the second middle school. 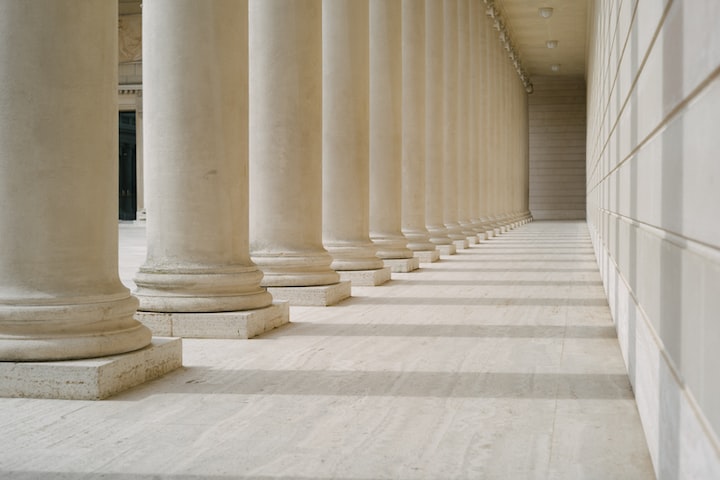 Photo by Jesse Bauer on Unsplash

On the day of the closing of the sports meeting, I helped him into the infirmary and felt for the first time the fighting spirit of the class, from the second middle school. The scars with blood beads seem to be written with the word "honor" ......

On the last day of the games, along with the loud applause and cheers, my good friend "Dumb" came to the long jump field, lined up with the other competitors, and was ready to go. The sun was hanging high in the sky and my palms were sweating.

Finally, it was his turn to take the field. He ran along the track and leaped hard, landing heavily in the sand pit. We rushed to him and helped him up. Oh! He had a long, bright red scar on the outside of his right leg! The scar looked oddly seeping, still dripping blood.

I immediately said to him, "I'll take you to the infirmary, and today you can take care of yourself in the rest area, don't walk around anymore."

"No, I have the 1500m final behind me, I can't forfeit!" His firm tone seemed to tell me that his determination to participate in the competition was an unbreakable wall.

"But, you ......" I wanted to say something else, but I choked on my words. I could only sigh silently as I looked at his distant, determined back.

It didn't take long for him to arrive at the starting line, holding back the pain, making a starting position, eyes dead ahead. He knew that this was his only, and last, chance to compete for the class.

"On your mark -" I watched his nervous expression, his breath coming in short bursts.

"Ready -" he swallowed, then pursed his lips tightly, as if he was holding back the pain of his injury.

"Bang!" Along with a gunshot, the whole field boiled up, and countless people were shouting and cheering on both sides. His injury caused him great pain, and he was already slightly behind his opponents at the moment of the start.

By this time, the athletes had already finished a lap. When he passed in front of me again, his short sleeve had been soaked with sweat, and the wound, which had just healed half, was still seeping with blood beads!

At this point, even though I was in the audience, I still felt a burst of worry for him, and my palms were sweating.

In the end, he still got the last place due to his injury and physical exhaustion. However, he received more applause and encouragement than everyone else in the audience.

When he finished the race and I helped him to go to the infirmary, it was getting dusky. On the way, I asked him, "Why did you insist on competing when you knew your injury was so serious? "

"Our class has fallen behind, the long run can score two points if we run the full distance, I can't ...... drag my feet again ......" replied me, still in that low but firm tone.

After hearing his words, my nose suddenly sank. What a fighting spirit this is! This is from the perseverance of the second school that never gives up and never gives up! The heart can't help but feel a burst of admiration for him ......