Rule 2: Do the Research 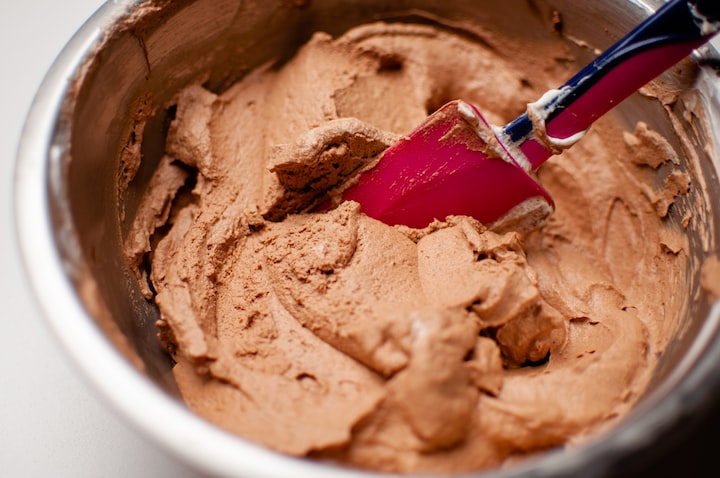 Photo by Kisoulou on Unsplash

Every night after work, Jenny had a quick dinner of steamed veggies with chicken or fish, washed the dishes, and put them away. Then Jenny reached into her baking cupboard and fridge and collected the things she needed to make a chocolate cake.

Jenny turned on her CD player and turned the volume up. Always the same song on repeat. Adele's "Make You Feel My Love." She hummed along while she measured, stirred, beat, and poured. She put the cake in the oven and set the timer. After the cake cooled, she whipped up her famous chocolate buttercream icing. She sang along with Adele as she iced the cake. She liked the concept of loving someone enough to feel that there was nothing she wouldn't do for them.

Jenny carefully put it in a white cake box with a big red heart on it. She put it on the table in the hall beside her purse and briefcase, ready for the next day.

Each morning, during her commute to work, she scanned the crowd. She would wait until she saw someone she felt was worthy to gift the cake to. She would walk up to them with the cake box in her outstretched arms and her warmest smile.

“Hello, my name is Jenny. I love to bake these cakes and give them away. My only request is that you share one slice with someone, preferably someone special. Share the happiness. "

Occasionally, she would see someone dump the cake in the nearest garbage or leave it on the curb. However, Jenny had been doing this for so long that her reputation had grown. There was usually a fan to reassure the recipient that the cakes were safe and delicious. Some people planned their morning commute, so they might be the lucky recipient.

Jenny had a fantastic memory. She could remember the names of people she'd met just once. She also remembered the face of everyone that she'd given a cake to. As much as she felt flattered that people were there for repeats, she never gave in. If they shared a slice with the chosen recipient, that was fine. It made her smile. Sharing is caring, she thought.

Jenny's days were full at the law offices of O'Connell and Wallace. All the partners and senior lawyers knew she was the go-to for any obscure rule of law. Her research often contributed to winning a lawsuit. Jenny's photographic memory, combined with her love of reading law books, made her indispensable. She would have made a great lawyer, except she lacked the ability to shade the truth. It was either black or white, right or wrong. She had no time or patience for lies.

One of the senior partners, Tom, dropped by her office. "Hey gorgeous, you're looking fantastic. Did you lose a few pounds? Keep up the good work." His eyes twinkled. "I really need a fast turnaround on this case I'm working on. We go to court two days from now, and I’m stumped. I need to find a precedent for a company's right to dismiss a worker for taking off mental health days. I mean, really, not showing up for work because his wife cheated on him. Please, the guy was a wimp. Find me something on that ASAP."

Jenny frowned. She muttered, "I'm sure I can find that for you, but it's not right."

Tom looked concerned. "I know, it's terrible, but I have to do what's needed for my client. It's not my place to judge. It's my job to make sure my clients get the best outcome." He flashed his killer smile and added, "It has come to my attention that you, my dear, also make an incredible chocolate cake. Do you think you can hook me up with one of these legendary treats?"

Jenny blushed, but she met Tom's blue eyes. "Sure, I mean, I'm sure they aren't legendary, but I enjoy making them and making people happy. I'll make sure you get one. And Tom, I'll have the precedent you need on your desk before I leave tonight."

Tom winked. "Thanks doll, you're the best. So cute and all the brains, and apparently you can cook too! That's a rare combination.”

Jenny hummed the Adele song quietly while she finished all her work, including the research for Tom. She felt a little guilty about finding something that would destroy the case the employee had made, but she reminded herself that Tom was right; it's what the law firm did and did well. They won!

Once she arrived home, she cranked up the CD player and started baking right away. She nibbled on some carrot and celery sticks to quell her hunger. There was no time to make a proper dinner; she had a masterpiece to create.

While she frosted the cake, she sang, thinking of Adele's words about loving someone who hadn't made their mind up yet, but that she knew from the moment they met.

Jenny placed the cake in a bright red cake box with two entwined white hearts on the top. She put it on the table beside her briefcase and her favorite red purse. After selecting a red suit, she pulled out her patent Manolo Blahnik kitten heel pumps. After showering, she towel-dried her hair and put it in rags. She wanted perfect curls for the morning.

The following day, Jenny hummed softly during her entire commute. People eyed the cake box, but it wasn't offered to anyone on her journey. Jenny and the cake were on a mission. She arrived early and attempted to deal with the pile of cases on her desk.

Tom knocked on the open door and smiled as he entered. "As usual, your research was top-notch. Fantastic job. I owe you one." He glanced at Jenny and at the box on the desk. "Hey, you look good in red, it suits you, you should wear color more often. And I see it matches that red box on your desk. Is that a cake by any chance?"

Jenny felt her cheeks flush. She got up and walked around the desk. She stood in front of Tom and held out the box. "Yes, it is a cake, and it's for you. My one rule is that you share a slice of cake with someone. Preferably someone special."

Tom took the cake. "Thank you so much. You're the best. I promise you I will share. I've got a date tonight with Claire, the new intern. I will definitely invite her back to my place for a nightcap and a slice of this legendary cake." He headed out the door but turned and added. "Oh, I'm going to need you to do a little more research on the Blake case today. We need to get this guy off the workplace assault charge. His father is paying us large."

Jenny walked over and closed her office door. She deleted the Blake case files from her computer, grabbed her purse and briefcase, and locked her office. On her commute home, she loudly hummed the Adele song, attracting irritated looks from fellow commuters.

Once home, she threw her purse and briefcase in the front hall and kicked off her kitten heels. Jenny opened her cellarette and pulled out a bottle of dark cocoa, Patron Tequila XO Café. She poured a tumbler full and cranked the CD player to the maximum volume.

Jenny waltzed about the kitchen as she compiled her usual ingredients. She reached to the very back of her baking cabinet and pulled out one more small brown bottle. She carefully measured, stirred, beat, and poured like she always did. She put the cake in the oven and set the timer. She whipped up her famous chocolate buttercream icing and added the contents of the small brown bottle.

She poured herself another tumbler full of Patron XO Café as she waited for the cake to cool. While she iced the cake, she loudly sang along about stormy seas and that Tom hadn't seen anything like her yet.

Jenny carefully placed the finished cake in a glossy black cake box. She placed it beside her briefcase, a tie-died backpack, and a comfortable pair of old shoes.