by Lucia Linn 2 months ago in Humor
Report Story 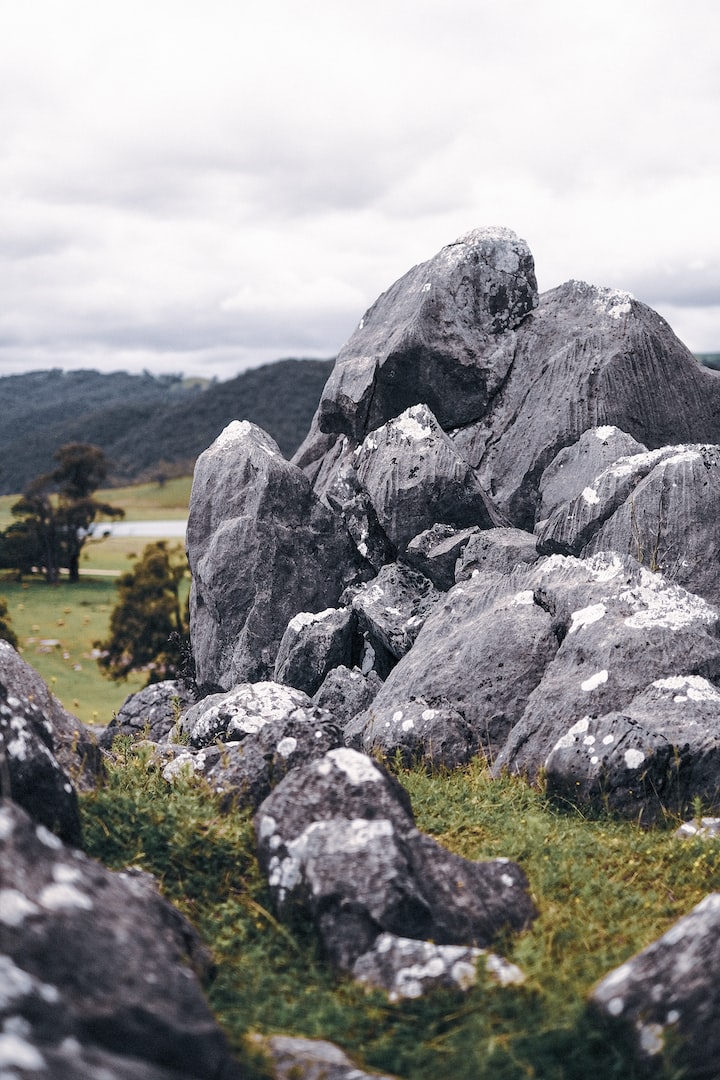 Photo by Maxwell Ingham on Unsplash

The sun peeked over the horizon with the contained excitement and energy of a small hiding child who has not realized that everyone can see them. But it was impossible not to notice it as the golden light spilled over the mountain peaks and piled in the valleys. It was a glorious day to be alive and Herbert Snerg, hiking enthusiast, knew it. He took a deep, treasured breath of the clear mountain air, still containing that cold bite that drifted down from the snowy crags—his ultimate destination. He walked across the jagged stones, mismatched smooth and craggy alike, and began his trek.

“He can’t hear you, ya fat sediment’ry twerp,” a stone with a tasteful patch of moss joined the conversation.

Silence ruled the peaceful atmosphere, broken only by the faint buzz of cidadas.

“What?” the second stone said, her tranquility yet again disturbed.

“It’s a human expression,” this was said with an air of high society, “I wouldn’t expect you to understand.”

“Excuse you!” the first stone exclaimed in disgust, “Let’s not be obscene!”

“Sorry, it’s not you, it’s this piece of moss. It bloody itches and it’s driving me nuts!”

Once again, silence. Of course, there had always been silence, but for the two stones there was a new sense of quiet. The first stone cleared his nonexistent throat.

“Did I ever tell you,” he began, “about how I was on Masked Singer?”

“Did I ever tell you,’ he repeated, “about how I was on Masked Singer?”

“I was chosen, out of all of the stones on the riverbed, to be placed on the stage during the first act. Now that is a great honor. I astounded the judges with my ability, and I would have won too, if that blasted porpoise hadn’t beguiled them into a bias towards her. Shameful, really. She ought to be ashamed, that porpoise. I could have been a rock star. I always wanted to be a rock star? Get it? Get it?”

“Well, I have the gifts. It all started when that volcano blew up. I was inspired. The sound, the rhythm, it was beautiful. And as I solidified around the base of that mountain, I knew my calling. I would create a new era of music. Volcanic rock, I call it. Wanna hear the latest? It’s an original.”

“Okay, here it goes.” If it had had a mouth, it would have taken a deep breath, “Oh volcano! Yeah! A bunch of lava and steam and other stuff that I don’t know the name of coz you can’t go to school when you’re a stone and nobody ever tells me these things but they’re all very hot! Like me! The hottest! Ooo baby! Ooo…”

“Ooohhh! I am sorta like hardened lava and that’s so cool! I got to be right there when it all exploded actually I was like actually the part that exploded! Ooooo baby! Kick it up a notch, oh yeah… oo…ooo..oo..o…”

“That was my winning song, by the way.” The first stone declared.

“Only because the porpoise cheated.”

Now you must understand, that rocks have no mouths or ears, which means it’s impossible for them to be in the right key or hit the right pitch and they’re completely and totally tone deaf but it also means that their singing makes no noise, so it doesn’t sound as bad as you might be imagining.

“So…” the first stone drawled. He had learned a lot from his part in the masked singer, “What’s your sign?”

“Um… the dawn of time?” the second stone guessed. The first stone scowled in his heart, that he didn’t have.

“I mean, um, so…” he was at loss. What would be a good stone pick up line? Especially given that neither had the capability to, in fact, pick each other up. So, it cheered him up a good deal when he managed to think of a new topic he was comfortable with.

“Have I ever told you,” he began, “about that time I was on the masked singer?”

“Well, I don’t know.” The second stone strove with all her might to inflect sarcasm, but as a genuine sedimentary rock, she had very little to work with.

“I’ve always wanted to be a rock star. It was the volcano that lit that everlasting desire. And that desire burned with a passion and I finally made it onto the Masked Singer. I don’t think there was a single person in the audience who could contain their awe as I took the stage. And I would’ve won too…”

“Except the porpoise.” The second stone sighed.

“The porpoise must have been very good.”

“Heavens!” the stone strived to look shocked, “No! she was a cheat! She must have bought the judges! She had no class! No rhythm! No soul! But…” the stone’s blank face managed to look shy, “I could sing you my song if you want…”

“Don’t you dare, you piece of volcano excrement!” she burst out, jagged surface glaring, “if you sing even one note so help me, I’ll… I’ll…” she died off.

“I’ll sit here and suffer and hate your imaginary guts until the end of time and never talk to you again.”

The first stone didn’t pale, but he felt like he did.

Author’s note: I would never stoop to inserting puns into my writing so I thought I’d let you know that I avoided referring to them as rocks (aka rock stars) on porpoise.