Poppies aren't the only thing to grow...

by Olivier Champagne 4 months ago in Love

A story of Love, Luck, and War 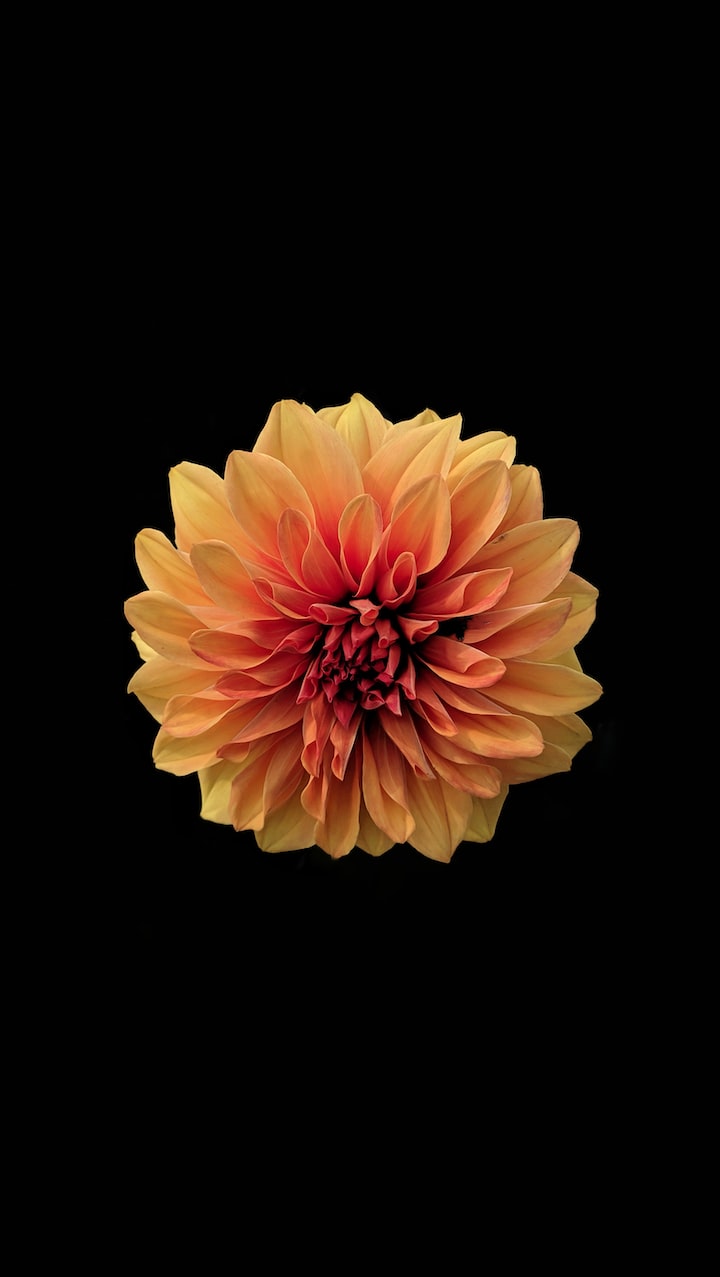 Photo by Yash Garg on Unsplash

James Wilkinson stood, shivering despite the clear midsummer sun in the sky above him, and waited for the fatal order that, in his mind, very much would spell the end for his all too short life. Alongside his fellows in the American 1st Division, he was waiting in a hastily-prepared trench line in the Marne river plain of North-Eastern France. Just a few short weeks ago, the German Empire had launched its last great offensive on the Western Front, Operation Friedensturm, or “Peace-Storm”. Their goal was to break through the weakly held Allied line in front of Paris and seize the undefended capital before swinging north to trap the battered British Expeditionary forces, hopefully bringing the Great War to a successful- or at least tolerable- conclusion before endless masses of American troops arrived and reduced the Kaiser’s hopes to naught. The German drive was blunted,but not before the enemy had made considerable gains and established new positions- positions out of which it was now the duty of the 1st, as well as other American and French units, to drive the Germans.

James shuddered as he remembered the sights of the previous few weeks since first arriving to the Front: Friends blown sky-high by fierce artillery concentrations, or ripped to pieces by machine-gun rounds firing too fast for the eye to even process. He’d himself had to kill several Germans- an idea which, months before, he would have thought of as ridiculous.He’d ducked under sniper fire, used his bayonet to beat off an entire enemy squad, and destroyed a whole pillbox position with nothing but a well-thrown grenade. But now, more than he ever felt in those other battles, James was sure he would not be amongst the survivors. He was convinced to the very depth of his soul that his luck had run out, and he knew why.

I shouldn’t have lost the damned flower.

His thoughts flitted back to what seemed like an impossible and eternal lifetime ago, to his own ‘special tree’- a majestic oak occupying the center of a field on his parents’ farm in Oklahoma, and to what happened there before he shipped off.

“Promise me you won’t lose it!” the girl almost pleaded him, thrusting the golden flower into his hands. “Promise me, James!”

“Well geez Mary, you don’t have to get so worked up! It’s only a flower. And besides, I said I wouldn't lose it, didn’t I? You know I keep my promises.”

“But you’re going off to war, James… This is different from all your other promises. You need to keep it. That way it’ll be like I'm with you and I'll be able to keep you safe. I just feel it.”

“Well if you feel so strongly about it, there’s not a damn Hun in the Kaiser’s whole misbegotten army that’ll make me lose it!” he declared with a bravado he only half-felt. James knew why she was so insistent on him coming back alive - they needed to finalize their plans for marriage, especially since her parents had found out he’d been courting her. Her old-fashioned father had made some noises about getting his shotgun while her mother oohed and ahhed and asked him about his family history.

“I hope you’ll stick to your words, mister!” Mary said, adopting an air of mock anger. “When you come back we’ll be married, and I can't have my children being robbed of their father before we even had a chance to make any!”

It was not the first time the thought of children had come up. James often wondered, in the past few weeks, if there was something Mary was not telling him, but that thought was too paralyzing and he put it out of his mind.

“I will, and I'll be back, you see. Can’t go on disappointing your Pa after all! But,” he asked, “Why give me a yellow flower? I thought it was supposed to be roses that the fair maidens gave to their departing heroes,” he added with a wink.

“Oh, you silly boy. For a farmer you sure are clueless about flowers. It’s a Marigold. Like my full name. So it’s like it’s me you’re taking over there with you. It’s like I'm still close…”

And James had kept his promise- at least, at first. Throughout basic training, through the journey to Europe, and throughout the transit to his division’s jumping-off point, he’d kept the marigold in his vest pocket and had taken care not to have it wilt or be exposed to dirt- not an easy task in the mud-and-blood quagmire that was wartime Europe. And whenever he could catch a moment’s respite, and write out brief letters to his parents- and to Mary- he would hold the flower contemplatively in hand while he did so, always amazed that it still looked lively and beautiful after weeks-and then months- in his uniform pocket.

James firmly believed in Marigold’s theory that ‘her’ flower would protect him by now - on his first combat mission, a night-time patrol across no-man’s land to identify German machine-gun positions, him and his fellow Oklahoman, Private William Huxley, had been spotted by the Germans and a star shell had gone up. Thinking that they’d be riddled with lead any second, James had merely stayed down in his little shell-scrape, absent-mindedly clutching at the flower in his pocket while Huxley babbled misquoted Bible verses. But despite the baleful pale light of the star shell, and the hurried shouts in German that James could hear not a hundred yards away from his position, the bullets, almost inexplicably, never came. We were spotted as sure as was possible, and Hux’s Bible-thumping was surely audible to them. But they never shot… Sarge said that it was probably because they were conserving ammo, but it still seems so surreal to me I have a hard time accepting that as a full explanation..

When they returned to their bivouac after that night, the story of James Wilkinson’s blessed Marigold quickly became a bit of well-known ‘soldier’s talk’ amongst the men of the battalion.

And it had happened again on multiple other occasions, too. During the Battle of Cantigny, a German sniper had him dead-to-rights, but the rounds only ever cracked around James’s feet or whizzed over his head like a swarm of angry bees. And later on during that same battle, an artillery shell landed mere yards from where James, Huxley, and a few other fellow soldiers were hunkering down for cover, but instead of blowing the Doughboys to Kingdom come, it had merely fizzled and stuck in the mud, unexploded. A dud. A fucking dud. What are the chances of that? She was right. She was with me. I had my luck. And now, I've gone and thrown it away… my fault. My stupid, God-dammed fault.

He hadn’t meant to divest himself of the Marigold, of course. Nor had it been lost in a random accident.

The memory was burned in his brain. A fellow soldier, bleeding out from the shell-splinter that stuck jaggedly from the ruins of what had once been a left arm. No stretcher-bearers in sight, despite long and repeated calls for them. After a minute or two had passed, James had realized that no one was coming in time, and that his comrade would end his life in the muck of France unless he thought of something, and fast.

The reaction was near-automatic. He ripped off his standard-issue army vest and tore strips from it. Tying these strips around the wounded soldier’s arm, James was able to slow the bleeding to a point that an eventual rescue party found both men still alive. Later, at the field hospital, James was told that only his quick thinking had saved his fellow American’s life. He felt a surge of both pride and shock at those words, reflecting that his action had been instinctive and not deliberate. It was only after he found himself issued a new uniform vest that it truly sank in.

Despite frantic efforts, James had not been able to locate the wayward Marigold, even when he managed to actually find his tattered and bloodstained former vest- turning out the pockets with frenzied speed, he could only realize that the flower was well and truly gone. At that moment, he thought back to that same conversation with Mary..

“So, out of curiosity, what happens if I lose it? Or if some exceptionally beautiful French Mademoiselle takes a fancy to me and asks for my special flower?” James asked jokingly. He could see from Mary’s aghast face that his choice of subject matter for humor was not well-received.

“James Wilkinson, don’t you even DARE to make jokes like that! First off, I know no French girl could entice you like I do. And second, I don't even want to think about what might happen if you lose it. It would mean I'm not there with you anymore…”

“Then that would mean my luck’s run out. I won’t even think about it anymore. I didn’t mean to make you upset. Let’s enjoy these last few moments we have.”

And so they had, engaging in behavior that Mary’s mother would have certainly found to be unconscionable, lost in each other before the final hour came.

Shrill whistles came from up and down the line, signaling that the 1st Division was to jump off and begin the attack. James took one look at Huxley, to his right, and saw that the man was deep in yet another prayer, but stopped to look at him.

“Worried about your flower?”

“You know I am. I never believed it before, but that really was my luck..”

“The Lord will provide, Marigold or no Marigold.”

And then there was no more time to talk. The entire battalion burst from their jumping-off points as one, yelling incoherently as each squad followed its pre-arranged path towards German defenses. Howitzers cracked in the rear as shells whistled overhead to strike the enemy lines in great gouts of earth and flame. Machine-gun rounds began whizzing all around James as he lost sight of Huxley and simply pressed on, fear making a fist in his gut. Shouldering his Springfield rifle, he took aim and fired whenever he saw a German helmet or an unfamiliar shadow. After what felt like forever in a mad rush across no-man’s land, James and the men around him reached the first line of German defenses, situated in a wooded ravine. After a blood-red blur of bayonets, fists, rifles fired at close range, and screaming- everywhere, screaming- it seemed as if the first enemy line had been stoven in.

God Damn, we made it? The first wave always dies, normally. I guess my luck hasn’t run out..

Collecting himself for a minute, James noticed a Lieutenant waving him forward and began to advance once more, towards the second German line.

And that was when he trod on the mine.

The blast lifted him ten feet in the air and deposited him to the ground in a dull thud. James could feel shrapnel sticking out of him everywhere, and upon looking down, realized that his left leg was completely gone, bleeding fast. He felt woozy. He was dimly aware of someone calling for stretcher-bearers but the sound was fading out. My luck. I’ve lost my luck. This was bound to happen. I’m sorry, Mary..

But then he happened to turn his head, and through the haze that was beginning to form around his vision, he saw one pristine, undamaged patch of flowers amongst the wrecked woods of the ravine. Golden flowers, standing proudly against the grey.

Such were James’s confused but happy thoughts before the haze completely overtook him.