by Emma Jarek-Simard 3 months ago in Short Story 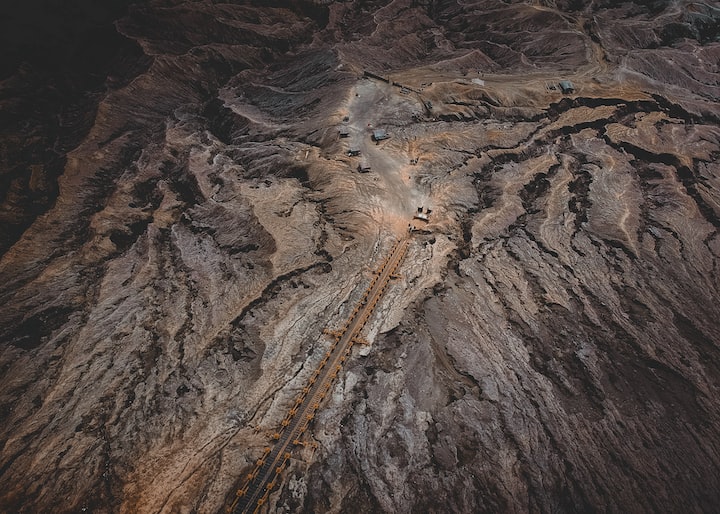 Photo by Iswanto Arif on Unsplash

The blistering sunlight beats down on my emaciated frame as the sun begins to arc its way across the sky. Disoriented from the heat, I open my eyes, which are caked with dust. In fact, my entire body is caked with dust, so I suppose it doesn't make much of a difference to point out the tiny deserts that have formed on my eyelids. As soon as I open my eyes, the sight of the country that used to be my home assaults my eyes. What used to be a hot spot of biodiversity, life and resources has been reduced to a scorching, dry bowl of dust.

It’s funny that Canada used to be known as a cold country. Now, it’s thirty-five degrees Celsius at eight o'clock on a May morning, and I’m one of the lucky ones. One who has avoided the worst of the starvation, heat stroke and the pollution. Throughout the day, the temperature will likely climb another fifteen degrees -- too hot to support most life for long. The only reason I'm still here is because I've been able to take advantage of the vast expanses of abandoned city, where myself and a handful of others find refuge in the deep, cool basements of old buildings. Even here, the temperature is only ten to fifteen degrees lower than the outdoors, but it's just enough of a difference to keep us going.

We've always known that humans are capable of terrible acts of violence, but this must be the worst one yet. When I was young and in school, we learned about things like the First and Second World Wars, and the atrocities that were born of those events. Learning about these things, I would think, that's horrible, how could people do this to each other?

I was naïve then.

Shortly after I finished grade seven at the ripe age of thirteen, things got bad. All of a sudden, one extreme weather event after another pummeled my country, and many others around the world. This left resources like fresh water and many foods in short supply from failing crops. Then, what the few of us who are left call the "Water Wars" began. Like a deadly string of dominoes, one thing after the other fell apart for human civilization. People everywhere were dying of starvation, heat stroke, dehydration while international troops were fighting a futile war for resources. And this all happened because of us. The scientists had been saying it for decades -- we needed to be careful with our fuels, because they release dangerous chemicals into the air that cause disruption in the natural equilibrium of the Earth. We didn't listen.

Meanwhile, the problems were getting worse. Temperatures everywhere began to increase drastically -- by about four degrees Celsius, on average -- every year. At first it was just uncomfortable, but soon these increases in temperature began to create vast wastelands devoid of life, devoid of water. All the while, governments across the world were fighting. They were destroying each other and the land rather than trying to find a solution together.

It’s a very different world now from the one my parents used to talk about, green and alive and fresh and cool. One that they would still be telling stories about if they were still here. The only memento I have from them is a tarnished, silver locket shaped like a heart that was given to me many years ago -- it's been so long I can't remember when. Inside is a photo of our old cat, Heather, framed by the green leaves of plants in our garden.

I'm numb now, but after I lost all of them I couldn't bear to look at the locket. I couldn't bear to get rid of it either. They were all taken from me around the same time. My parents died of heat stroke trying to flee the country on foot while all aircraft was suspended (except for military use) and Heather was taken by a Raider shortly before. I don't want to know what happened to her. I only survived because I was younger and more adaptable; I was able to hold off against the heat stroke until I found shelter.

It was the Raiders that made us decide to leave -- they were too dangerous to live with, as they would take anything that they could find from anyone without regard for such trivial matters as suffering and empathy. Their sole mission was to help their group of radicals survive, the ones who thought that they could create a new world order based off of the chaos. I say was, because as far as I know, they were all wiped out by the fire tornado that ravaged the city where their base was located.

It's been ten years, now. Ten years after the wars, after the destruction, after most of humanity was wiped out. My parents always used to tell me to be the change I wanted to see in the world. What hypocrites. I loved them as any little kid loves their parents, but all that their generation did was destroy. They destroyed the planet in the name of profits, destroyed each other in the name of being right, destroyed any chances for a safe future for their children. If only I could tell them what they used to tell me, but it's too late now.

My name is Emma, and I am hugely passionate about personal development and the environment. I believe that when we see the beauty and worth of the world that surrounds us, it’s a powerful motivator to become the best versions of ourselves!