one night with cancer

through thick and furry? 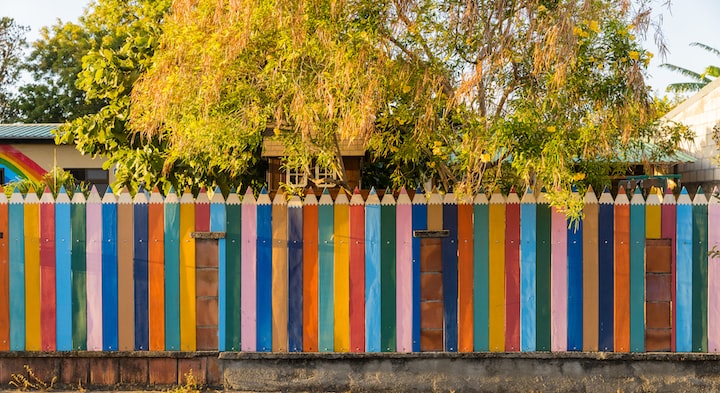 “Did you think we could do this together?”

A muscle by Isaac’s jaw started to flutter. “Don’t most people?”

“No, but if most people are doing it, maybe there’s a reason why!”

Acutely aware of their surroundings, Angeline got in real close and hissed. “I don’t know why I believed I could do this with you.”

“You should have thought about that before you brought him into our life!”

She was stunned. He was enraged.

Clearing her throat, the demure, plump lady shifted in her chair. They backed away from each other, snarling teeth and glaring eyes to face her, presenting eerily demure expressions.

After a moment of just balking at them, she returned their smiles. “You, you can go in and pick up Alfie now.”

As soon as he heard their footsteps, Alfie sprinted towards them, crashing into Angeline's outstretched arms. Warning daggers caused a hand reaching out to freeze and drop.

Rejection colouring his face, Isaac’s lips tightened, and he turned away. Took a few steps, and then stopped as he dragged a hand through his unkempt hair.

Alfie was completely oblivious to the tension, waging a war with a gold hoop earring.

Angeline side-eyed Isaac, but his dejected frame in a place like this, filled with so much energy and noise of varying decibles, made her feel guilty. She wasn’t playing fair at all. He had just as much a right to have access to Alfie as she did. Looking down she jokingly scolded, “You,” and received a wolfish grin in return.

She entertained Alfie for a little bit, but it wasn’t right that Issac wasn't involved. When Angeline was focused on their little rascal, he would stare over the screen of his phone at them, quickly ducking his head if she caught on.

Internally, she groaned at the stupidity of the last twenty-four hours. Pining wasn't coming from the usual suspect, and it felt so wrong.

Alfie seemed to have a telepathic connection with Angeline, as he craned his neck, sniffling slightly in Isaac’s direction. He looked at her, eyes wide and glossy.

“Well yeah, it really is, Angeline. Alfie’s our first…and God, I….I don’t know what the hell to do with him sometimes. He’s so precious, and so fast, but so small, and honest to God, I’m just scared of losing him on a simple walk in the park.”He laughed at her expression. “Angeline, I just don’t want to mess this up.”

The confession caused her to bite her lip. His lack of showing up wasn’t because he didn’t care, but because he questioned his ability to hold down the fort. People take to this level of responsiblity different, and Angeline knew she hadn't given that much consideration at all.

Alfie was a blessing in their life, sure, but he was a lot to handle despite his size.

Being careful to balance Alfie in one arm, she extended the other, not wanting to fight anymore. “We probably will mess up, but it’ll be together. As a team. As a family. ”

“You’re right babe. I’m not giving up on you. On us. ” He brought her hand to his mouth and placed a firm kiss on her knuckles. “Will you and Alfie come home now?"

“Of course. Awww, look at him. He’s missed his daddy.”

“Ooof. It’s almost as if he’s taking after his daddy.” Isaac griped as he adjusted Alfie who was snuggling his nose into his merino wool sweater.

They walked out a family, much to the lady at the front's happiness. Outside, Isaac and Angeline embraced each other, having overcome this hurdle in the relationship, and becoming stronger for it. They leaned in to kiss, but Alfie wiggled between them, anxious to run free.

“Alfie, relax boy! Gosh, Angeline can you pass me his leash?”

More stories from The Reflections Of and writers in Fiction and other communities.