by Beth Fitzgibbon 4 months ago in Love 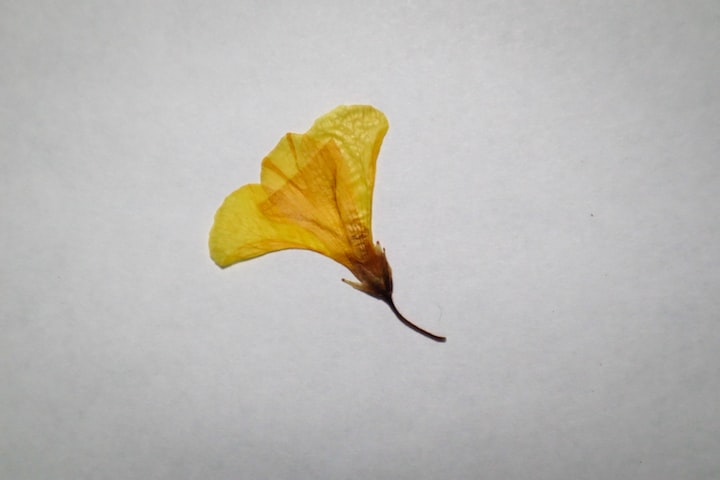 Photo by little plant on Unsplash

Millie was only a girl of twelve, but she had learned at a much younger age from her grandfather how to take care of herself. It didn’t seem odd to her that she knew how to prepare food, sew clothes, and construct temporary shelters. Ever since the world’s end some thirty years ago, every child had to learn how to survive in a dead world.

Her grandfather had seen the world rapidly die when his daughter, her mother, had been younger. First came the chaos. People panicked and hoarded food and supplies. Next came the hostility. People chose selfishness over selflessness, harming or even killing others to ensure their own survival. It was during this time when Millie’s parents were killed while searching for supplies. Millie was barely two years old. And finally, the acceptance had come. Life was changed forever, and while there were still some groups of people who would kill others to survive, most people had embraced the new way of living and traded supplies they had for those they did not.

Millie practiced her skills daily at her grandfather’s house, a large, rundown construction with an attic and a basement. The walls were decrepit, and the windows were mostly shattered. The fences were splintered, their paint faded and peeling from the burning sun. The basement was filled with supplies, and the attic had been arranged to accommodate plants that could flourish in hot temperatures. Every bedroom had a number of beds for her grandfather’s visitors, people who either needed a place to rest on their way to their destinations or wished to stay with a blended family after they had lost their own. Millie liked the visitors, particularly those who were around her grandfather’s age because they had the most intriguing stories of what the world was like before it died.

One day, before the sun’s blazing light had risen, Millie dressed and made her way down the stairs. She heard a spoon tap against a bowl, knowing that her grandfather was already awake. As she came into the kitchen, she saw two visitors eating breakfast with him, speaking quietly about their families who had died.

“Are you having breakfast today, Mill?” Grandfather asked, tapping his spoon against his bowl.

“Not yet, Grandfather,” she replied. “I want to go exploring.”

This time of morning was the best for exploring, for any wanderers with ill intentions had gone to sleep for the day and the area was quiet and calm. Most wild animals had long since become extinct. Even so, Millie expected her grandfather’s usual caution.

“Very well,” he said. “Keep an eye on the sunrise and stay inside the boundaries.”

For a child of twelve, the temptation of what lay beyond the boundaries would one day lead to curiosity, and on this day Millie walked around the tall, metal fences that surrounded her grandfather’s house until she found a gap at the back of the fence line. Has something—or someone—come in? she wondered, and impulsively crawled through it.

She walked for some time, imagining her surroundings as she did whenever her grandfather or an older visitor described how colourful and beautiful the world used to be. Dead trees transformed into full-leaved statues swaying in a gentle breeze. The ground beneath her feet didn’t crunch and crack, for it was covered with thick, soft grass. Birds whistled on the tree branches.

Soon, she saw the shell of a neighbouring house. It had been burned down, debris and rubbish scattered around it. She stepped over a pile of rubble carefully as she explored the destroyed house, seeing shards of glass and crockery.

The light of the sun began to glow above the horizon, reflecting off something hidden beneath a half-burned cabinet. Millie dug it out with her fingernails. It was a heart-shaped locket on a silver chain. She cleaned the front of it with her thumb, surprised to find that the letter ‘M’ was etched into it. She fasted the chain around her neck and carefully opened the locket to see what was inside.

Immediately, Millie’s surroundings changed. The house looked clean and colourful. The windows were no longer broken, and the cabinet was upright and filled with crockery. She looked down at her clothes, seeing that they were different from what she had been wearing when she left Grandfather’s house.

He came into the room, a boy about her age with a bright smile holding something in his closed hand.

“Very funny, Millie,” he replied. “I’ll play along. Hi, I’m Jack. Oh, you’re Millie? Great to meet ya. Okay, now can I give you your birthday present?”

Before Millie could answer, Jack took her hand and placed something onto her palm. She saw that it was the heart-shaped locket with the etched letter ‘M’, and she touched her chest as she remembered finding it only moments earlier in a broken, burned-down house.

Millie put it around her neck, brushing her thumb over the clean etching.

“You’re welcome. Millie.” Jack smirked. “Have a look at what I put inside it.”

Millie opened the locket and, again, her surroundings changed. She stood in the same burned house. The bright sun was rising higher and higher. The locket was closed.

Remembering her grandfather’s caution, she began walking back to the house. She crawled through the gap in the boundary fence and found her grandfather in the attic, tending to the plants.

“Did you have fun exploring, my little scout?” he asked.

“I did, Grandfather,” she replied.

“Did you find anything interesting?”

Millie hid the heart-shaped locket from him. Jewellery was valueless now, and she wondered why it ever was in the old world. The locket was pretty, but it wasn’t something that could ensure someone’s survival.

She spent the night thinking about Jack, imagining the beauty of his house and the nature outside it. She couldn’t remember ever meeting him and wondered why he only existed when she opened the locket.

The following morning, Millie crawled through the gap in the boundary fence and arrived at the burned-down house. There were two reasons why she wanted to open the heart-shaped locket. First, she wanted to know what Jack had put inside it. Second, she had to know if opening it would change her surroundings again, and he would be here with her.

Millie opened the locket. The house was beautiful again. Birds whistled in the trees outside. Jack was with her. She hugged him, feeling his heartbeat. He was real.

“Wanna go play in the attic at your house?” he asked. “I like looking at your parents’ old stuff.”

Jack held Millie’s hand as they walked toward the house. The surroundings were just as she had imagined when listening to the stories about the world before it died. It was alive, colourful, and peaceful. It was beautiful.

They reached the house. The boundary fences were gone. The windows were no longer shattered. She saw her grandfather working in a garden at the front of the house, a garden with beautiful flowers. A woman worked with him, who looked up and waved at Millie and Jack. It was Millie’s mother.

Millie saw that the heart-shaped locket was closed. It had some strange power, one that she did not completely understand. All she knew for sure was that she could stay here for the rest of her life, so long as she never opened it.

As the years passed, Millie grew up and continued to live in her grandfather’s house. She and Jack fell in love and had a family of their own. And through all those years, Millie never opened the heart-shaped locket.

She saw her children grow up and have children of their own. She saw her grandfather grow old and pass away, and then her parents. She saw Jack become ill, and then she lost him, too.

Finding herself alone, Millie—now an elderly woman—sat in a rocking-chair in the attic of her house, looking out the window at the setting sun. She brushed her thumb over the etched ‘M’ of the heart-shaped locket, wondering after all these years what Jack had put inside it. For the last time, she opened it.

The attic was dusty and dark. The last of the hot rays of sunshine pierced through the shattered attic window. Downstairs, visitors chatted. She rocked on the broken chair, remembering her life with Jack in the old world.

Around her neck, the heart-shaped locket was open. Inside was a small, dried flower on one side, and on the other was a piece of paper with these words: Jack loves Millie forever.