by Sonny Estrada 10 months ago in Short Story
Report Story 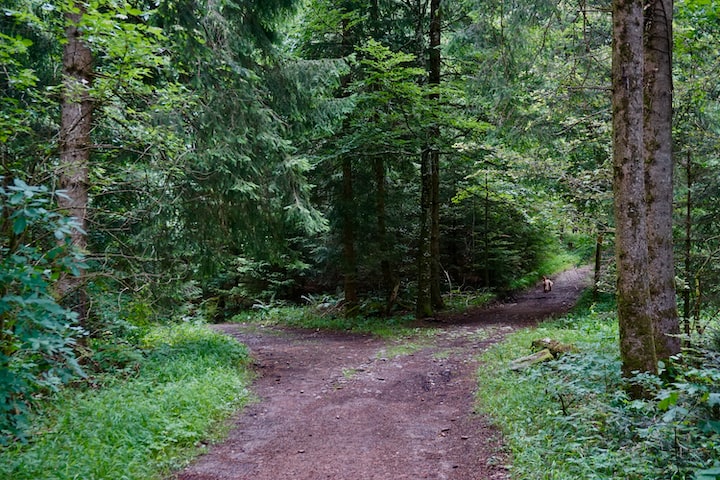 The clouds swept across the landscape in waves of gray. Insects chirped and buzzed and was the only thing that could be heard aside from the rustling of leaves in the trees that had started to grow back. Along a narrow ridge on a mountainside a small opening lead to quite a large cavern. The opening had a large mirror stationed in front of it that reflected and bounced light off of smaller mirrors throughout the cave. Intricately placed so that the subterranean depths would have light during the day, if the clouds permitted.

Otherwise, there was an endless mound of hot coals that was used to control waste, heat up the cave and all the separate tunnels and rooms, and to provide light so that the people could see. It was a simple life and not many ventured out to the surface for fear that the stories they were told as children would come true.

In the beginning the people survived on rations that were collected over many years. That sustained them for a while, but that was not enough with an increasing population. New, albeit rudimentary, devices and techniques were created and they were able to continue living.

Arisca was tall for her age and very fit. Her black hair covered her shoulders in wavy locks. She was one of the few people that dared to go outside. She wasn't afraid, not in the way that the others were afraid. She was afraid of not being able to discover all the things that she could before she died. Going out there was thrilling and nothing in the cave could satisfy her need to wander the surface in search of anything that could be of value to her tribe. Not only that, but there was actual sunlight that beamed through the gray clouds and touched her skin with warmth. Hugging every part of her until a puff of clouds would once again block it out. She hated those clouds.

She was putting on her boots, getting ready to go to the surface when a tiny bell rang that was hanging on her door. From the other side, her friend who was done getting ready pulled the string which rang the bell from inside. She rang it so much that Arisca started to get annoyed. 'Okay! I'm coming!' she yelled.

Opening the door quickly, her friend Ann was smiling as she said, 'that bell is the only thing that gets your attention! Come on, are you ready yet?'

She had only put on one boot before the incessant ringing. 'Let me just put on my boots, alright? Then we'll go. What's the big rush anyway?' she asked.

'Nothing, I just want to leave,' Ann said leaning in the doorway. 'Come on, I don't have all day!'

Arisca closed the door behind her as she left trying to think if she was leaving anything behind. Both of them walked through the corridors and winding passages until they came to a narrow slit in the cave wall. A crack that opened all the way up to the surface. They slipped through it with relative ease, their forms pressed up against the hard stone they inched their way until they came upon a section that opened up in to a narrow path. Following it up and out of the cave entrance. The sun was bright on their faces for a moment but was gone in the next.

They walked down the ridge to where the path widened. Along the tree line, the mountain rose up to even higher altitudes. The sound of insects interested her and since the first time that she ventured to the surface, she started to name all the different sounds. So far, she had named eleven of them and she was always listening for new ones. She read about them in books and could only guess as to which sound belonged to each insect. Walking toward the tree line, they had no real destination. More of a general direction; a direction that they had never been. Once they came to the tree line, a natural fork made of newly grown evergreens, they would choose a direction from there and just keep walking until it was time to return. To the right of them, she saw all of the trees that they had marked in order to find their way back. To the left, there were fewer marks.

'Alright, I guess we're going that way,' she said pointing to the left.

The new forest enclosed them, giving them both the feeling of being in a different world. Being somewhere she hadn't been was one of the many reasons that she could think of that made her life worth enjoying.