by Alesia Brooks about a year ago in Love
Report Story

"Men like him tend to think large of themselves. Cover their fragile egos with body armor Band-Aids that peel off in the light of dreary mornings." 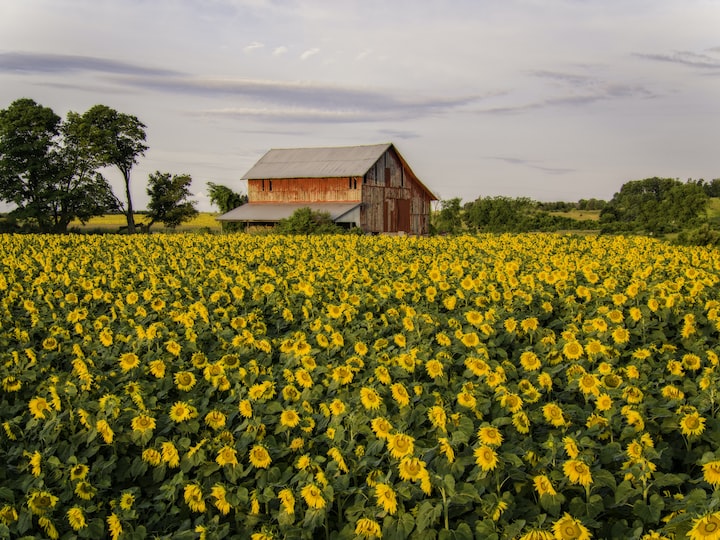 Photo by Dennis Buchner on Unsplash

Oh, how dangerous it was to fall in love with him. How naïve I was to think I could be the exception to the heartbreak he left in his wake. Men like him tend to think large of themselves. Cover their fragile egos with body armor Band-Aids that peel off in the light of dreary mornings. But in the night, oh, was he wild. A young girl's dream of adventure and chaos. The way he smelled of cigarettes and gasoline, but his lips tasted of sweet nothings, the same he would whisper to me in the dead of night, wrapped up tight in a blanket to beat the autumn chill.

I thought we had the world in our palms, thought they were tightly clasped together. I held onto him until my knuckles turned white, but in the break of day, watching an overcast sunset from the abandoned barn down the road from where my parents slept soundly, I knew it would never last. Each morning was a solemn experience, watching the sun rise began to feel like attending the wake of the greatest love I’d ever known, though I knew he didn’t feel the same.

I suppose I was just stupid. Driven by the desires of my adolescent heart. All I wanted was to be loved. And in the candlelight on the old barn floor, covered with sheets by the light of half burnt clearance candles, boy, did it feel like I was treasured. He had such a way with words even with stolen cash in hand, a judge would find him not guilty. And I suppose it was that same serpents tongue that talked me into bed with him each night. I sometimes think of how I could’ve been any more foolish to believe for a minute he could love me, and still let me wake up alone on a concrete floor every morning.

But, now, as I sit on the very same concrete pad, I wonder if maybe my broken-hearted teenage heart had just latched on to him. As I remember him, now from a place of maturity and experience, I realize his only intent was to use the hurt of a young girl to get what he wanted. There was no love in his eyes and never a soulful word to come out of his mouth. A master manipulator in a way that only a man with no emotion could be.

Ten years ago, I would’ve waited in this barn for hours. I remember the day I did. I listened to the draft whistling through broken siding boards, and the foundation creak with every rat that ran across the overhead beams. The sun rose and I was alone the next day, just as every other. The only difference being I spent the night alone as well. For days I would wait, hoping he would burst through the doors, his devilish grin as wide as ever. Only, that never happened. And my teenage heart shattered in a way no one would ever be able to heal. I had been let down before, but this time was different. No one had ever done it so cruelly before. Then again, what did I expect?

He was the type of man who walked around town with a new woman on his arm each week. Why I thought I could change him, I’m not sure. Call it a childish wish or adolescent naivety, I believed he wouldn’t break a poor, young girl's heart. But he did.

And so I sit here. Reminiscing on what I once had in my grasp. The type of love so many would die for. A burning fire of passion and ignorance that drove me to near insanity at such a young age. Not much has changed since then. This old barn remains abandoned, and from what I hear he’s long moved on. And while I still feel a slight sadness at what my young heart thought could have been, I also find solace in the structure that stands to give me peace. In this old barn I found a way to inspire through the cracks of a broken heart. And no man could ever take that away.

More stories from Alesia Brooks and writers in Fiction and other communities.