Of Mushrooms and Memories

by Lisa VanGalen 3 months ago in Short Story
Report Story 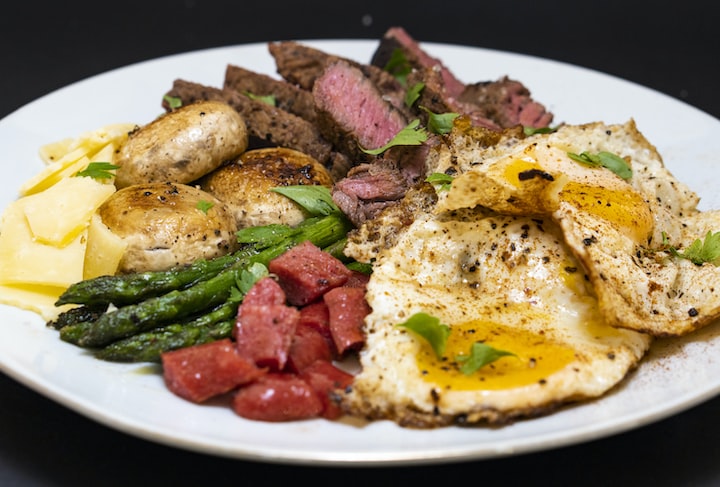 Photo by amirali mirhashemian on Unsplash

I do not know why I have such a fancy for this little café. Tucked into the dingiest alley, hidden behind a dumpster overflowing with month-old trash, it was not well known beyond the locals. The rusted iron door was the least welcoming portal I had found in this foreign city and it intrigued me.

My first visit had been accidental, the meanderings of a hung-over tourist, recently abandoned by the love of his life. One should not be cast aside while travelling together, to be replaced by some blond surfer type with more muscles than brains. Had I known her preference sooner, I might have done something about my hair. My physique wasn't going to change. I couldn't grow muscles any more than I could facial hair.

Deciding there was nothing back home that needed my immediate attention, I chose to postpone my return flight and drop my bags into a seedy one room walk-up. It overlooked the river. If you stood in the right spot and squinted through the smog. But I was happy. At least, I believed I was. It can be hard to tell.

“Bob!” The crowd at the table hails my arrival. Three months later, and I was almost accepted as a regular.

Pulling out my chair, I settle in to listen to the chatter of the men from the district. There is always something interesting to learn, to write about in my journal later tonight.

“The usual?” Camilla asks, her hands full of plates and cutlery.

“Not today,” I reply. “Surprise me.” I lean back in the chair, dreaming of a wonderful breakfast with sausages and bacon, farm-fresh eggs and oranges picked from the tree just yesterday.

“You still dreaming about your ex?” Denali quips, jostling my elbow. Laughter around the table confirms a smile had creased my cheeks while I day-dreamed.

Ruefully, I shake my head. “Nah,” I said saucily. “Thought I'd dream about yours instead.”

A quick punch from Denali and more peals of laughter from the other guys. They loved our banter, and it was a swift deflection from my own thoughts. His comment about Carrie had sunk my heart a bit, and I closed off from the group, nursing the old wound, even rubbing some salt in it.

“Here you go, sunshine!” A plate filled with random food hit the table with a loud thunk and the conversation stopped.

Well. I was surprised. Lifting the corner of a slice of rye bread, I peered underneath, still hoping for some crispy bacon. Nope. With a sigh, I began to dissect the pile, food spilling over the edge onto the Formica tabletop.

The chatter gradually resumed, muffled by mouths filled with breakfast, the occasional glance my way as I tried to figure out what the cook had served up. In the end, there wasn't anything too strange hidden in the mound of morsels. The mixture was unusual, but I am pretty game when it comes to trying new things.

“Got any pie in there?” Svenson asked, his sweet tooth a legend in these parts.

“Doesn't look likely.” I pulled some roast beef from the stack and laid it with the green beans. Sorting the ingredients by meal type was the easiest option I could come up with.

I grinned. “As long as they kept the mushrooms in the cooler, I'm good with it.”

I gave up on dissecting the melange and started eating from the edges in. Turning my plate as I chewed, I tried to guess what I would be tasting next. In the end, my jaw was tired, my stomach ached, and my guts churned. And no pie.

The ensuing days were passed in quiet reflection, wandering the streets, smoking under the canopies of the street-side cafés. Svenson and Denali occasionally met me in some remote section, more for my protection than for companionship. It was easy to forget I was not in my home country. The alleyways held dangers for anyone caught without permission from the regional gang leader. My camera recorded the desperate conditions of some of the streets, the rigorous resistance of its people to give in to poverty or tyranny. All things I would never have seen from the comfort of my resort and shielded within my limousine.

Vendors peddled mysteries and fakery, the discerning tourist being unaware or unconcerned by the pedigree of the 'artifacts'. The colours of blankets and tapestries kept visitors from looking beyond the tents to the rugged and filthy rocks of the old structures that held the pillars of the market. Small children with dirty faces hid behind the skirts of their mothers. Old men sat and smoked long pipes, their heads encircled with the sweet aroma of pure tobacco.

Bartering for a deal was an art not easily perfected. I had no chance of winning at this game. No negotiation would ever be this tough back in the boardroom. But the exercise amused me. And the peddlers, who often jostled for the opportunity to wrangle with the new guy. My visits became bittersweet as the pressures of my old life crept in. The time had come when I needed to return to the life I used to know.

Being my own boss, I had appealed for more time but was denied. I would miss the morning 'meetings', the cozy atmosphere and the people here. Solemnly, I entered the café for my final breakfast before heading to the airport. The group was already assembled, their faces long with the knowledge that I was soon to depart. And while communication is easier now, the distance not so great in this technological age, we all knew this was the beginning of the end.

“Why so glum, chums?” I asked, forcing a smile to my own face. “I haven't left yet.” I plopped into my usual seat and waved for Camilla. With a sniff, she filled my cup with the blackest brew I have ever chewed on, her cheeks marked with tears as she turned away.

“Well, Bob,” Denali started, “we wanted to get you a going-away gift. But we couldn't agree on anything.” The crowd all shrugged and tilted their heads, nodding at his statement. “So we decided to buy you breakfast. Today, it's on us.”

Camilla came through the half door, pushing a cart laden with plates and dishes. There was enough food to feed our table and the entire block. My stomach protested out of self-preservation. I had been more selective with my meals, a direct result of the upset suffered the last time I was adventurous. The upcoming flight seemed much longer when I considered how much of this I would need to eat in order to prevent insulting any of them, especially the cook.

For the better part of two hours, we sat and ate, sharing plates and stories until the last dish was served. Without a qualm, I bit into the pastry, the filling reminiscent of apples although the colour was odd. I chewed, the texture not quite right. The inside should be sweet and delectable. My last bites of this beautiful meal, holding the hopes of memories designed to sustain me as I integrate back into a life and place far from here and they remind me somehow, disgustingly, of mushrooms.