No Thing at the End of Nothing

Their imagination can only go so far 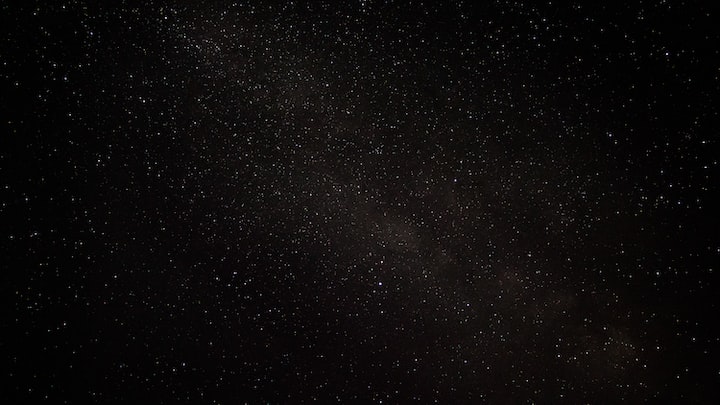 Photo by Rémy Penet on Unsplash

The Visitors, who in no time had learned more about Homo Sapiens than we knew about ourselves, were fond of telepathically thinking to us what other humans said. "Einstein of your Earth said logic will get you from A to B. Imagination will take you everywhere. As you will see he was wrong."

They had no time to waste with language. Their thoughts just popped into your head and your thoughts just hopped into theirs. It was downright disconcerting until you got used to it and realized speaking was a lot of wasted hot air.

They appeared one day - a Friday, June 13, 2074 - on a hilltop in Idaho USA. Pocatello to be exact. Four of them. Dressed in full-length white robes. A white woman. A black man. An Asian woman. And the fourth the news media described as a person of mixed race. They could have picked any lifeform on the planet but imagined that representing all humanity would be the least frightening.

The scared the living crap out of us. The reaction was predictable for that time. Police. Flashing blue and red lights. Soldiers in full body armor. Sirens. Tasers buzzing at the ready. Drones hovering overhead. Helicopters landing. Closed off air space. Fencing with razor-wire around the hill. Drawn guns. Loudspeakers as if they were deaf. Threats of being blown back to wherever they came from. Typical midwest "Howdy strangers!".

They just stood there for a couple of days, not saying a word, being checked for contaminants and other nasty things by the anonymous folks in biohazard suits.

Then they just disappeared. First Contact was like a bad date at an Olive Garden on a Friday night.

It was months before they came back. This time it was preceded by an invitation carefully typed in 14 point Times New Roman on heavy old-fashioned paper stock. It just appeared one morning on the desks of all the humans identified as the world leaders, heads of religions, major news media stars, and writers who had covered the First Appearance since the first appearance.

That's where I came in.

The Visitors, as they had come to be called, said they imagined their way to our home, a very small planet in an even smaller solar system deep inside a tiny universe, simply to say hello. They had evolved their imaginations to get from A to B. Logic had nothing to do with it. And we were one of the few sentient beings they had missed in all the many splendid universes.

It took several years of slowly getting comfortable with the idea to look forward to their visits. It was on one of their appearances they suggested we could travel with them.

So they built a solid bubble with comfortable seats, safety harnesses, plenty of clean air to breathe, and water and food. No booze allowed. We just wore whatever we wanted. It was just like an airplane except there was no means of propulsion. You could see through the bubble every which way you looked. Sort of like those heavy glass walkways that jut out over tall skyscrapers in places like Kuala Lumpur that tourists love to walk out on.

The seats were filled with people in business suits, bright native costumes, comfortable everyday clothes, and for some unknown reason, bright green one-piece pajamas. The age limit was set at 18. There was no height limit. And animals were not allowed. As you can imagine, trips took no longer than the blink of an eye.

The first excursions were close encounters. Imagine us on the surface of the Moon. No big whoop since we had mining operations up there for years. Then Mars. Again only a few special spacesuited travelers had made that trip but our imagination was timid.

Once we felt safe, we really started asking them to imagine. Let's go to Alpha Centauri. Take us to see the “Mystic Mountain,” in the Carina Nebula where the stars are born. The places we could imagine going were almost endless.

So he happily joined the bubble for his trip to the end of the endless universe. The flight was as smooth as thought until something put on the brakes and everyone was thrown forward in their seat. Thank goodness for the harness.

What the hell happened ? they all wondered stunned speechless by this unexpected turn of events.

"Wait why are we stopping?" asked Peter out loud, more concerned than frightened. He forgot all he had to do was think the question.

The Visitor in charge of the trip told them they had indeed reached the end of all the universes, galaxies, stars and, Dark Matter. There was no more to imagine.

The astronomers, especially Peter, were distraught. This cannot be the end. There is no end he believed.

No Thing was the end of the line. As The Visitor thought to the assembled Earthlings, even imagination has it's limits.

My words move at lightspeed through your eyes, find a synaptic home in your mind, and hopefully touch your heart! Thanks for taking the time to let me in.

More stories from David Grebow and writers in Fiction and other communities.