by Jennifer Smith 4 months ago in Short Story
Report Story

The wings that hold wishes and worries. 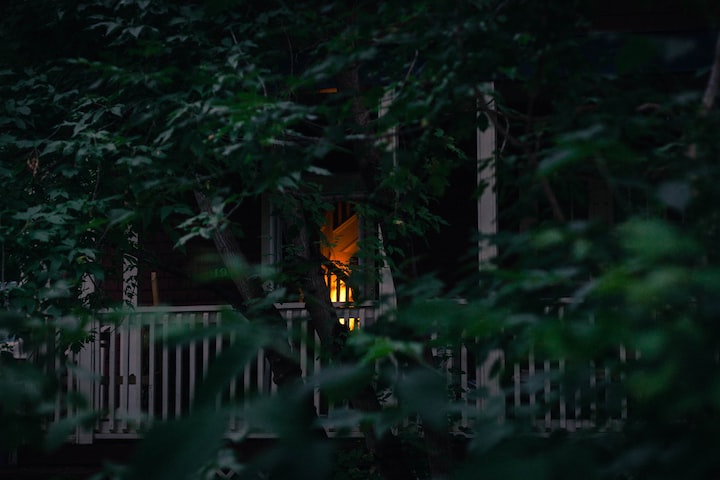 Photo by Devon MacKay on Unsplash

How do you untwine from another soul?

She leaned back and took a deep breath. Either she has heard it before, or I'm going to be a brand new stack of stenos.

I didn't stay long at the beginning. I did not dwell on the middle. It was the end that I cared about.

I have been having these dreams for a few years. Not a lot of them, but they were not for nothing. He has not been in my physical life for a while, but there have been ways that my dreams, and who or whatever is responsible for them, have found ways to keep me updated.

It should have startled me, woken me up, and that should have been the end. I'm naturally a jumpy person, always have been. The worst was going to the county fair as a kid. Walking by that balloon challenge with the darts—or that one where you shoot the water in the clown's mouth? Hated those. I still hate balloons and the threat of their pop.

The sound was like a rat, stuck in a bullhorn, going through a woodchipper. I sensed the tenseness, and this felt like an appropriate soundtrack, to be honest.

I've never had a soundtrack before. A hiss. A screech. A warning we were not heeding to.

It had arrived last night. That is what they announced as we walked up the drive. The declaration came with a tinge of blame directed at me. The spite hit in such a way that I almost felt guilty for sending it.

Three more subtle digs reduced, I excused myself to get the sweater I left in the car. Ones about not being tan enough to be a Hawai'i resident—this life has been wasted on me. About not using my full potential. I admit to struggling with this one, but they also believed I would be a senator one day. They also told him he was never good enough for me.

It is pretty cute my subconscious used these two for the persecution.

That sweater smelled like the plane I desperately wanted back on, and the air was a coolness my skin had not felt in a long time. Crisp. Dry.

I haven't left in a while, so it makes sense that I dream in drier air.

I journeyed back up the path to the glow of the kitchen window. The peach house on the hill was not as regal in my dreams as I used to believe it was. I know more now. About wealth—real wealth versus perceived. And especially how people have a warped sense of how they are seen. I know more about them. They were never my favorites. They could have been one-half of a quad of in-laws in another life.

Is the resentment I am feeling by my presence reflection of the fact that I am not, or that I am here despite? They know I do not like them, and they had objections. For once, he didn't listen to them. This wasn't their call.

It feels like I am battling their resentment towards a life I have made here in Hawai'i, and their son is just as lost as when he left me.

I cannot help that, nor do I want to. I felt that in the dream as strongly as I do in my awake life.

The twinkling lights of the gazebo caught my attention. I caught myself before questioning their installation. My mind knew to account for the nearly two decades that have passed.

I made my way to the side of the house. Running my fingers through the thin layer of dust collecting on the grill, a flash of the last barbeque here. An intervention for his brother that never actually happened. The brother arrived late and left first. I once thought I wanted a big, loud family. These people had squashed that.

The stepmom hated that I would comfortably refer to the real mom as 'mom.' I'll get back to that.

A tree rustled, pulling me from memories.

She caught my eye in the trees just beyond their property line. I had already been captured by hers.

Oh, it was she—that barn owl—as it was judging my being there in ways only a fellow female would. That's weird, I know. But I know.

I am slightly disappointed that all owls are not like the pompous one from that Tootsie Pop commercial. In a sane story, an owl would question out a "hoo-hoo-hoo." But I was no stranger. She has never met me, but my name has been floated through those trees.

I seem to be there this evening as support. I am begging my worries up those branches. 'What happens now? They will crush his spirit now that she's gone. Or do they change?'

I let out an abated chuckle at the notion as the tears began to fall.

More hissing. Then her night counsel continued with silent ears.

This is the spot I imagined getting married. I didn't know it back then, but it would be a vision I had to let go of later when it was no longer an option. That's for the best, though, as the view is of a city that I no longer feel is home.

We did not like them, his father and stepmother. Not heading to their advice equated you to a heathen hell-bent on self-destruction. That's what happened to him. I lucked out.

They were not the only ones questioning why I was there.

I know it's my mind using the owl to interrogate my subconscious. That much is clear...

Oh, yea, sorry. I don't know how this should work.

No, that's fine. I just...you seem to have a good grasp on what you dream, even why. I can help you make sense of these things and give you tools to help let go. I don't know your background, but you seem able to accomplish those things. Why, may I ask, are you here?

I want them to stop.

Ok. We can work on that.

I had a relationship with his mother for years. It was loving and supportive. It had nothing to do with him. As the years went by, many unauthentic attempts to be friends would fail miserably between him and me. I started to feel like maybe that relationship was a connection I would benefit from cutting. I know it was.

But that didn't stop the dreams. That has become stressful because, in the past, they were tied to actual events unfolding. They would be confirmed, always in an unsolicited way, by his mom. Always some type of medical emergency. One of the more dramatic and recent examples happened just last year. After one of the most vivid dreams, I received a text the following afternoon. His mother told me his father was dying.

I reached out, knowing it might not be welcomed. I understood the strained relationship, and I knew it coming to a terminal end would be a big deal. The stepmother did not appreciate the news being spread, and eventually, that anger found its way to me.

It was then that I decided it was over. It was a choice to be involved indirectly. Directly, I guess. It was not in either of our best interests. I just stopped writing. It sucked, for lack of a better word.

But the dreams have not stopped. The message or methods have become more intense.

I don't know. I now have the time—and money—for therapy, so I figured this was the last resort. No offense?

You said you cut off communication with his mother. Might it help you to relay this dream to her? If—and I'm not saying this like I don't believe it's possible—but maybe her insight, if she's willing to give it, would help give you the closer you cannot reach yourself?

I know we're almost out of time, but I might have to answer that next time.

In the dream, I'm there—in our hometown, at his dad and stepmother's home—because his mom died.

More stories from Jennifer Smith and writers in Fiction and other communities.