Naked in the Daylight

by Kieren Westwood 2 months ago in Short Story
Report Story 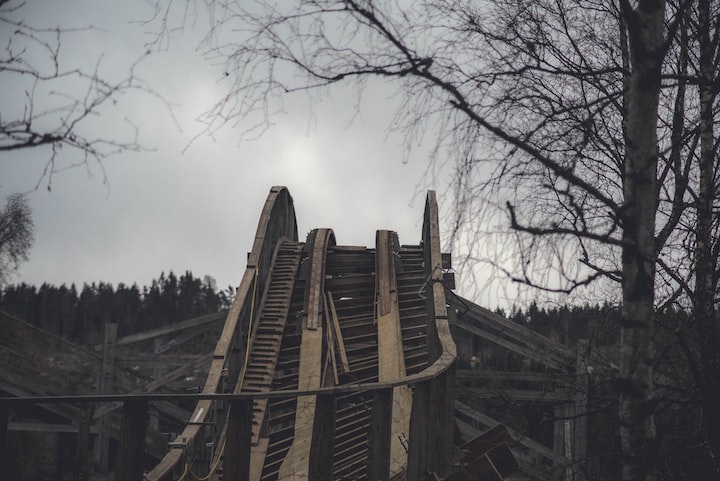 Photo by Tore Odiin on Unsplash

That morning LaGrange had seen the fairground in the distance, lying facing the sun like a begging hand. He’d stopped to look over the side of the hill down to the scrub at the bottom, wondering if he steered the car over the edge just right whether it would explode at the bottom. After a while he’d figured with enough in the tank it would. The fire would probably reach the woods.

Matter was, he didn’t have enough in the tank to barely get to town anyway, and he’d been out of matches for a day or so. So here he was, and so the car still was.

If he left it at the side of the hillside pass and walked into town, a little nosey, desperate place like that would put it together fast. Old Terence on his way to the fishin’ hole upstream would make a note of it. Old Margaret from the house near the park would remark at how she seen a stranger walking when she put her cat out. Some old Cop, feverishly typing in the licence number while his men stood over his shoulder at the c’mputer, not blinking, would eventually find a warrant out in the name of Curtis LaGrange.

He reached the fair before the fuel ran dry, but most of it was downhill anyway. There was a sign looking for people to help with teardown.

‘I can pull stuff apart,’ he told the guy in charge, who was smoking a cigar and blinking through the smoke. They guy waved a hand over his belly and hitched up his pants with every sentence like a poker tell. He said everyone there was close, like a family. His eyes had darted towards a trailer on the outskirts of the fair, next to a chain link fence.

LaGrange liked fairs much better without the lights and the music and the people. That way you could see all the paint was chipped, all the rides stood naked in the daylight. That day there was plenty of it too, the sun beat down as he ran his hands over the piled tracks of the wooden ghost train, walls flattened like an empty cardboard box, plain and silly in the brightness.

The drill they gave him helped, first he wore out the bit against some rocks, then when it was blunt he found a thick part of the wooden tracks, drove it in and held it there. The smell made him think of his garage growing up, his father making a table that they never once did manage to all sit around at the same time. As the drill whirred and the heat licked the back of his hand he wondered for just a second where that table was now and who was living in that old house.

By what they were shouting and by how quickly the wood collapsed once it caught fire properly, they all thought LaGrange was buried in there. One of the guys he’d seen at the old coaster burned his hands trying to clear through the wreckage as the fire took it.

The lock on the trailer just needed a kick, and he found a lockbox under the bed that needed a key. The bedroom stank and was wall to wall with piled up detritus of a staying afloat kind of a life. Windows covered by plywood.

Before he properly realised there was another person in the room with him, he was up with his fist raised.

‘Don’t’ the kid said, cowering. Years younger than even he was. Sores on his face, he was pale.

There was a curl of orange light leaking into the room through the gaps in the plywood like a gas, and he could hear shouts, closer than they were before, different.

‘Where’s the key?’ he shouted it this time.

‘Will you take me with you?’ the boy said.

LaGrange didn’t say if he would or he wouldn’t, and when looked out through the gaps there were men coming, a way off yet.

Kieren Westwood is writer of short fiction and novels usually focussed on the meeting point of literary and crime fiction. He also shares writing experience and flash fiction on his YouTube channel.

More stories from Kieren Westwood and writers in Fiction and other communities.