by James 3 months ago in Short Story
Report Story

At the seaside, the sunset turned the seawater into another substance 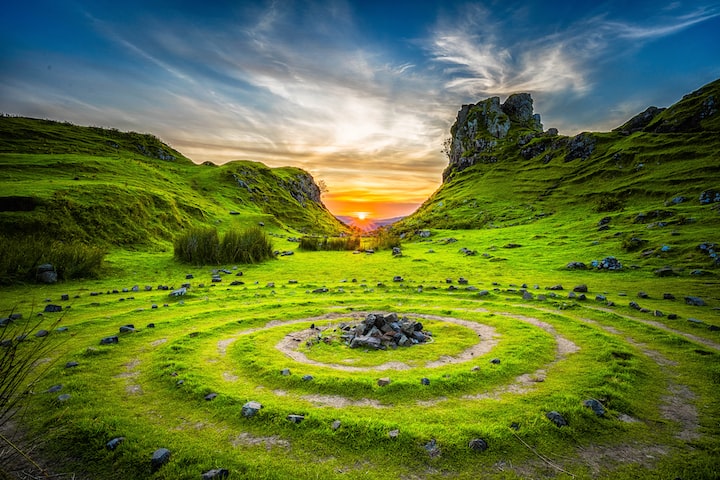 Photo by Robert Lukeman on Unsplash

Last spring, an official document, I was transferred to work on the Maozhan expansion project in western Guangdong.

The day I reported for work, as soon as the car turned into the project management office, I saw colleagues coming and going in the office building, all freshly dressed and busy. More than a dozen carts, like fed horses, lying quietly on the roads of the community, waiting for the march.

In front of the office building, Chen Zhejiang, director of the Maozhan expansion project, and a group of colleagues were already standing there waiting for me. As soon as I stepped out of the car, Director Chen threw his arms around me and almost boiled over as he shouted, "Nine bosses, finally you're here!"

There is nothing that kills me more than when a leader comes to praise me - in his call of "nine bosses", we became friends without words.

Director Chen is a typical Guangdong Chaoshan people, medium build, slightly fat, skin color is also like Chaozhou ceramics shining with a dark rustic light, a pair of eyes will speak the most beautiful and beautiful language. In my memory, he was the provincial high quite talented literary youth, singing well, dance also danced dashing, that winter, he and his dance partners in the provincial high organization of that cultural party, a light swan dance do not know how many female compatriots; Chen director of the eloquence of the text is also beautiful, as Chaozhou ceramics, thick, exquisite, is mud, water, and fire three mothers feed the red son. The text is like a person, people are also like the text, he treats people with a heart of red, so people can not believe that in the economic tide of the treacherous Guangdong, there is a so warm and sincere Chaoshan people.

Working in western Guangdong, the office in addition to the tea set, how must also have some good tea ah. He said, "This is not simple?" In a short while, he got three cakes of Pu-erh tea with a story from his office. That is three circles of "old baby", authentic Yunnan "Yiwu" tea, the bubble is fragrant, and the drink is cool ...... Of course, many of our colleagues in the management office, like me, the director have received a variety of care, help, care, and even "pampered".

Director Chen's hospitality, approachable, leisure days, he often invited colleagues to his dormitory to drink tea, while drinking and chatting about work, laughter, and happiness. In such an atmosphere, some of the directors of the show will tell us some of their feelings and stories, as well as the hardships of work, and hope that together with us, the Mao Zhan expansion project into a "green, harmonious, innovative, environmentally friendly" quality highway expansion project, that harmony and comfort deeply topography in my old age The harmony and comfort are deeply imprinted in my old age. Every tea, he will also openly and honestly talk about his suggestions and views on my work, so that I will be a waste of initiative to volatile a little afterglow, which is also the most direct evidence of my friendship with Director Chen, thus, we have established a very good working and personal relationship.

Director Chen is drinking hot Chaoshan "Kung Fu tea" grown up, his blood flowing is the kind of "wind and fire" fierce, so he always works to dare to spar, the punch, the force is no less than the young boys. Contact for a long time, I found that the director of Chen is very good at talking, from his mouth to say the words are always so smooth and in reason. So, his style of dealing with people and the thunderous style of work, also let our colleagues in the expansion of the Mao Zhan look very good, we and the director of communication thus increased, cooperation also becoming more and more pleasant. With a smile and relaxation, we found ourselves in the Mao Zhan expansion project to survive the needle of the sea, it comes from our top boss - Mao Zhan expansion project director Chen. Alas! In state-owned enterprises, helplessness, depression, and insecurity are diseases that are more likely than the flu. We need a wide mountain of leadership to form a spiritual alliance with each other, to withstand the various dilemmas that may be encountered between night and day.

Yuexi does not believe in tears, but in the perseverance of swallowing blood and the unrepentant superstition of human goodness. This piece of land, also let me the old man did a lot of ridiculous things ah! They are like waterfalls, splashed in my years approaching sixty. These two years, although I tried my best, my pedantic, old-fashioned, uninspired nature, but also let me fail Chen's director of my expectations, I know, for him, even for the Mao Zhan expansion project, indeed did not play the role of the mainstay, I have some guilt, so last winter, I finally found an opportunity to take the initiative to remove my share of the main work, so that young people with more energy than me to Bombing.

I discussed my division of labor with Director Chen those days, my wording was rather harsh, I thought he would not be able to face it, but I could explain myself so dialectically, explain the new colleagues, and explain the Maozhan expansion project, he was very happy and agreed to my request. To be honest, I couldn't believe my ears at the time, because in my not-so-short career, I had become a "bad boy" in the eyes of the leaders due to my rebellious nature, and I had to clean up and punish them. The good old man and good supervisor of the Mao Zhan expansion project, however, was able to see through my seemingly open-jawed misbehavior hidden in the magnanimity of my body.

In the Mao Zhan expansion project, I was also lucky enough to meet a group of people - colleagues from Guangdong, Jiangxi, Northeast, and other places. The good thing is that Director Chen treats us as talents and treasures, firstly, he thought of ways to improve the living and office conditions of the staff, built a blue court in the community, and also added many sports facilities on the upper floor of the restaurant, and later set up a reading room in the party room ...... to let us, a group of foreign workers from the four corners of the world We can spend our time outside the eight hours leisurely.

In April in western Guangdong, the flowers in the wilderness were just waking up, sleepy-eyed, and the sky was cloudy and sunny.

That afternoon, Director Chen took me to see the construction site of the Shimen Cross-Sea Bridge.

At the seaside, the sunset turned the seawater into another substance: a thick orange color, the beach was simply lovely, and a few male tide crabs holding up one of their gaudy and large cheeks were already busy in the gravel for livelihood and love. In the distance, a few abandoned pile drills lay casually, their stature still giving a sense of its magnificent heart. Nearby, a few tall rotary drilling rigs, new and fresh, seem to be able to smell the smell of freshly painted up. I think they should be the same as me, for the economic dragon of western Guangdong to take off, from the far north to the Mao Zhan expansion site.

At this moment, my heart is like a knife, no place to be, as if I am also complicit in the construction side ...... This is my first time in the Mao Zhan expansion project by the tide of engineering construction and cruelty slapped a hot slap. I turned sideways to look at the project manager of the construction side, it seems to have instantly aged! The light blue overalls hanging on his body were rampantly soaked with sweat. Alas! It's not easy for him either! We worked together for more than a year on the Mao Zhan expansion project, I know his dedication, I know the difficulties of land acquisition and relocation work in western Guangdong, and I also know that the current team is not easy to lead, but western Guangdong does not believe in tears, the rolling tide of highway construction is how much sweat is drowned!

"Let's go! Nine bosses, let's go to the Ping Shi Viaduct together!" Director Chen's reminder interrupted my thoughts, I looked up at the top of the day and night with me: the traces of age crept up to the corners of his eyes, full of green hair mixed into a few gray hairs, agile action is also some hobbled ...... at the moment, I suddenly remembered the director's WeChat tweets: Bo Lao head. I think that the "Bo" should be the Bo of the struggle - these years, to his own life more exciting, but also for the construction of our Mao Zhan expansion project, he has been working hard to struggle, always!