by Tewahway 4 months ago in Horror / Short Story
Report Story 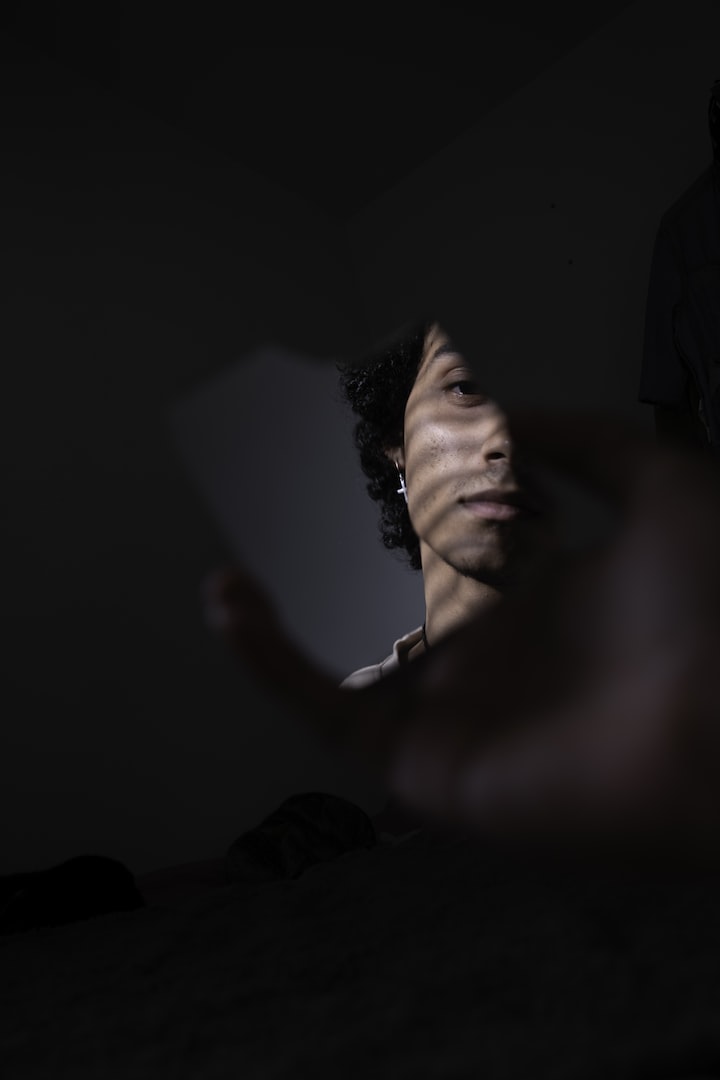 Photo by Kevin Quintino on Unsplash

It happened again today; the same spot as usual. He's always there, but he seems to prefer early mornings to show himself. He mimics my every movement, copies who I am to a T.

The first time I saw him, I thought he was just a reflection from a window, in the shadowy corners of the underground parking lot. Maybe even a trick of the brain; a figment of my imagination.

The second time I saw him, I paid more attention. I assumed some local weirdo was trying to freak me out (which it bloody well did). As I watched the movements though, they were far too precise. Far too exact to have not been me.

It feels so contrived saying it, but after that point, I avoided the parking lot altogether. Taking the long way to the station added another five minutes to my morning commute, but that is an insignificant price to pay for peace of mind. What is two hours lost in a month anyways?

I suppose he didn't like that. I started seeing him everywhere. Little things at first, a shadow that was just a bit too far away or contradicting the lighting. Strange movements of my reflection's eyes in the mirror.

Eventually, it was as if he was a part of my daily life. An exact and precise imitation of me, with only one difference. He was watching me.

He'd always have his head turned to me when I'd look at him, his piercing gaze was hollow and haunting.

I began to consider that I was losing my mind. I saw a psychiatrist, and after some sessions, was prescribed some pills. Surprise surprise. Even as I took the pills, so too did my mirror man.

My mirror man was gone for a while. I had considered that the pills may actually be working. How foolish I was. He must have been hiding. Tricking me. It seems he comes and goes at his own discretion.

Well today is the day. Today I will confront him. Expose him for the world to see. Then everyone will notice him, see him for the imposter that he is. They'll know it's not just in my head! He'll be punished for this harassment.

As I spot him from across the office, I stand from the desk in my cubicle. Of course, he stands too. What a phony. I’ll relish in exposing him. He returns the same devilish, scheming grin back to me.

“You’re a fraud!” I yell, as I storm toward him. He storms toward me.

I wag my finger, prepared to yell again, as I notice his mouth opening to do the same. We both pause.

Everyone around is looking at us. No, not at us. At him! Yes, they see him! One of my fellow office workers slowly approaches him.

But... something is very wrong here.

I lift a finger to point at him. He points to me.

“You can see him, right?” we both yell in unison.

“It’s okay, there’s no one there. You’re okay.” she says in a soothing voice.

This isn’t right. My concern begins to grow.

“What’s going on over there?” I hear someone yell from a few cubicles down.

“He’s having another episode!” she yells back.

He and I lock eyes. I feel a chill wash over me. We both share the same horrified expression, for a brief moment, before his begins to change. It no longer follows mine for the first time.

Gradually his gritted teeth and clenched jaw relax. His pursed lips soften, then slowly crack into a smile.

Terror washes over me as other office workers look in my direction. To where he is staring. They aren’t looking at me. They are looking through me.

I feel faint, weak. My vision blurs, all movement descends to slow motion. I begin to flee this strange situation. As I reach the door, I push, but nothing happens. It remains closed.

I turn to see him still grinning at me. Haughty and powerful. He believes he's won...

“You’re powerless without me!” he says confidently.

A cold sweat breaks over my brow. My palms clam up, and a pit forms in my stomach, as the dread sinks in.

I turn back to the door, pushing desperately to escape, when I see a petrifying sight. The reflection in the door’s window shows me the entire room. My coworkers, my cubicle… I see everything in the office. Everything but me.

More stories from Tewahway and writers in Fiction and other communities.