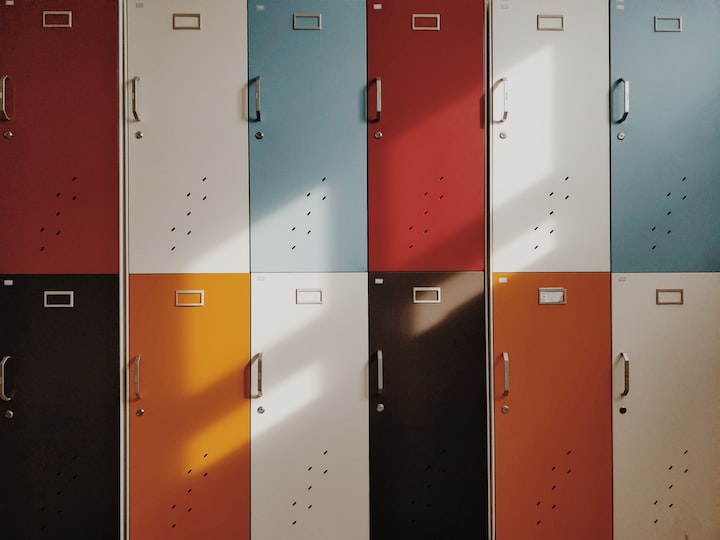 Photo by moren hsu on Unsplash

Image by KeithJJ on PixabaySo, I just got an invite to my high school reunion today, and damn. There's Lisa, who hated me because I could afford more expensive shoes than her. There's Mary, who was always going on and on and on about her low-carb diet and didn't like me because I ate cheesy pasta and didn't totally hate myself.

Then there's Darrel, who used to be best friends with me before he became best friends with Mary since she was skinny and had bigger breasts than I did. Then, of course, there's Sarah, who was the star athlete and a total bitch. Chills ran down my spine whenever I thought of her. She was like poison ivy: always threatening to make me breakout in hives, except, of course, there was no actual rash, simply a disease of the mind. My pride was all that was on the line. She was always telling me that I was flat-chested and getting swept off her feet by all of the boys I'd ever been interested in in my short adult life because she had aggressively flirted with them, and, finally, there was Lila. Every word she uttered made my blood boil. I had thought about killing her several times, but then decided against it because I didn't want to be stuck in jail: I couldn't get mani pedis and the smell in there must be absolutely atrocious.

Lila was the bane of my existence. Whenever I walked into a room, she would always criticize something, whether that was my hair, my outfit, or my shoes. She stole all of my friends. Every last one of them, because she had more money than I did, and then she laughed behind my back as she told them the most humiliating stories of my childhood. She was a teacher's pet and she always got As on every single assignment. She would totally throw a fit whenever she got so much as an A-, and she always brought the teacher chocolate chip cookies, which I was certain had something to do with the special treatment she was receiving. We had been best friends back in the day, but we weren't anymore.

There is no way in Hell I am going to this school reunion. The girls, who are women now, will just be all over the boys, who are probably either corrupt lawyers or deadbeats, and Lila will probably just taunt me about being a single mother. No thanks!

He would taunt me with the rest of them, telling me I wasn't good enough. That I would never measure up and making fun of my lonely, single life, as if there was something wrong with me for not having a boyfriend and the ripe old age of eighteen. I was so sick of it. Sometimes, my parents had to drag me out of bed because I didn't want to get up and go to school. Even the thought of it was too painful to bear.

I have never felt so incredibly lonely in my entire life. At least I have little Primrose now, but they'll probably all just laugh about how I named my kid after a flower. The problem isn't so much about them only making fun of the name. It's about them finding any opportunity on God's green earth to completely and utterly humiliate me.

I would rather not relive my past and be intimately humiliated by people I hate, who pretend that we're just close like that as they target every insecurity I have. I don't know where I'd take my daughter, so I'd have to take her with me, and then they would be all over me about not having a boyfriend or a husband and being left to raise her on my own because, somehow, in their minds, his absence would be my fault. In reality, the man I was with had been a drug addict before we'd met, he'd recovered, and then, after three years, he'd become a drug addict again. I couldn't have that around my young child, so, naturally, I divorced him. After many legal battles, I now finally have custody of my kid, and I'm never risking losing it, especially not for a dumb high school reunion. Of course, they'd just think that I drove him to drugs, which was nothing but a lie. No one can control an addict's behavior except the addict himself, and clearly this man didn't have the will power to overcome addiction.

The women will pick at me about my nose being too big and my breasts being too small. It will just be a replay of the schoolyard bullying I was the victim of before for far too long. I decide I will rent a good movie, maybe even one about high school so I can relive it in an idealistic way on my own terms, or maybe something set in Middle Earth, so that I can be somewhere far, far away from here mentally. Either way, I would rather be anywhere but at my high school reunion, filled with a bunch of bullies and bitches. Maybe I'll book a trip to France!

Paris is so romantic. Lonely nights could be spent against the backdrop of the Eiffel Tower. Handsome gentleman would be wandering through the streets, and incredible cuisine would be offered at many cafes. No one would know me. I would have a chance to totally reinvent myself, finally, and I would hear the language of love muttered throughout the streets. I might even meet a handsome man named Piero and get swept off of my feet, leaving all of the misery I've experienced in L.A. behind me.

I heard that French men were generally more committed than American ones, which doesn't surprise me. The culture is much gentler and much more respectful of women. The cafes lining the street would have wonderful croissants. The healthcare system is totally amazing, and women are known for being ambitious while embracing their natural beauty. It's not a sin to eat a lot, but rather a virtue. I'd fit right in over there.

I start daydreaming again, thinking that France has wonderful beaches. If anyone asks, I could simply tell them I was on a business trip and they'd be none the wiser. I was an interpreter, after all. I start packing my bags. I'm booking a flight this instant!

Reedsy Prompt: "Write about a character who goes to - or purposefully avoids - their high school reunion."