My Fiance Dumped Me (And Now I Believe Love Is Bullshit)

A fictional account of what happens daily in the world of love. 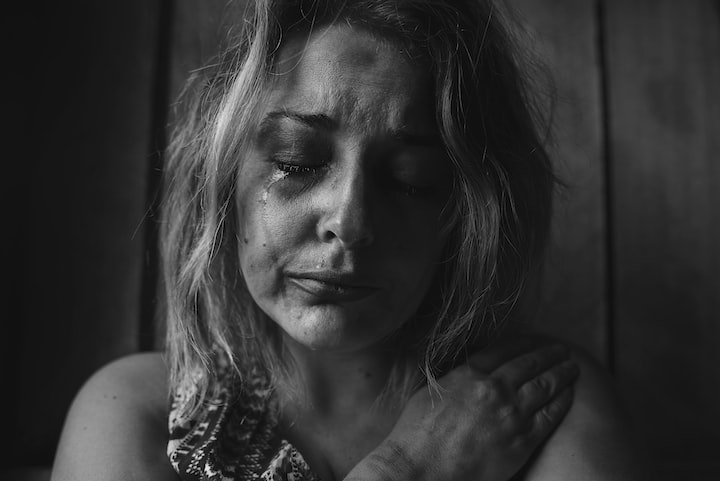 As the days ticked by, my fiancé and I began arguing more. Eventually, we drifted so far apart that it felt like there was no going back. Deep down, though, I still believed in our love - even if he didn't seem to feel the same way anymore.

Finally, one night as we lay in bed together after a particularly heated argument, he turned to me with tears streaming down his face. "I'm sorry," he said softly. And suddenly, all the hurt and anger melted away; all that mattered was holding him close again and feeling his love again. To my surprise, what started as a breakup quickly transformed into an unexpected reconciliation - one that perhaps neither of us saw coming but both secretly hoped for deep down inside all along.

The days and weeks that followed were a flurry of activity. I was consumed with planning every detail of my new wedding, from the venue to the cake toppers. Yet, despite our constant arguing, I still felt an overwhelming sense of joy and excitement about starting this new chapter in my life.

As the big day drew near, however, so did my doubts. Would anyone even show up after knowing about our toxic relationship? Did anyone even want us together anymore? Still, nothing could take away from how much I loved him. Or how strongly he felt for me, too - no matter what came our way in life.

So as the plane circled overhead, I stared out the window directly into the sun. I was blinded, but I could feel the heat. It was burning hot, like grilled eggplants on an open flame. That was then I got the call that changed my life.

I was in the middle of a long-haul flight back from my bachelorette party. My fiancé had dumped me, moved to another state, and started dating another woman. All in one week and a half, because that was how long we had been away from each other.

I recalled the feeling of vomit in my mouth, bile in my throat, and the taste of my own blood… I could not swallow nor form words. It was as if something physically held my tongue. But, I heard the sound of my crying, the sound of breathing, the sound of the plane's engines.

And through my heavy tears, I noticed my hands were shaking, my feet were numb from a shoe loss, and my body was wrapped tightly in a blanket to stay warm.

I was on a crowded plane, but there was only me in the aisle and the seat next to me. I was alone.

As the news sunk in, I felt like everything was crashing down around me. The plane ride home felt like it took forever, and I just wanted to curl up into a ball and disappear.

When I finally arrived at my apartment, all his belongings were gone. However, there was one box on the floor next to the empty space where his desk used to be. I opened it and saw that it contained an empty wedding album and a few scraps of paper detailing our simple memories.

That night, I felt utterly alone and heartbreakingly destroyed. In that moment of raw pain, my heart churned. With each twist, I felt the blood drawn out of it. With it went my life too. How could he? I tossed and turned alone on my nowempty bed that awful night. My tears and my sorrow kept me company.

The next day, I picked myself up and took that box of memories with me. Then, on the train ride to my mother's, I began flipping through those scraps of paper. And it was there that something incredible happened. Words started coming to me like never before. It was a life story, full of joys and sorrows, just waiting to be told. I felt each letter lifting off my lips as if they had been carved onto stone by some unseen hand.

My heart knew there were others out there who wanted a voice. Others who desired a spokesperson… an ambassador of their pain because people like me refuse to let breakups define our lives. Through the hurt, we still want a special kind of connection in all its glorious forms for once!

So what did I do next? Well, you won't believe it…but long story short? That little scrapbook became my very first bestselling novel. It was fueled by true tales from our relationship that were turned into a fictional but inspiring universal truth.

The message? While dreaming dreams so infinitely big, no one should idolize anyone. On the contrary, the statement should be clear as today's social ecology shifts. Dating has gone to shit. Marriage is right behind it. And love is but a quaint item hanging from the walls of yesteryear's museums that highlight in "Exhibit A" the meaning of that emotion. In short, FUCK LOVE.

Edy Zoo is an author who writes about social subjects. He contributes to the ever-growing library of social critics.

More stories from Edy Zoo and writers in Fiction and other communities.