by A Baptiste 7 months ago in Short Story
Report Story 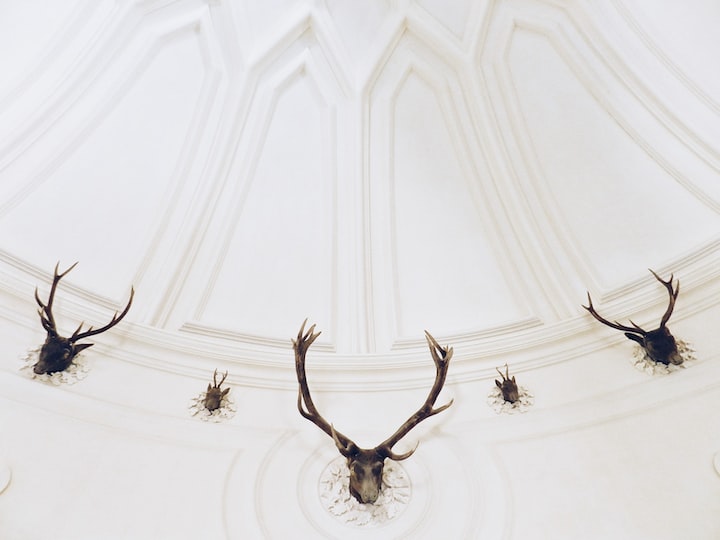 Photo by Micaela Parente on Unsplash

He turns his head back to you with a tilt at an angle that must certainly be painful, calling your name halfway out of the door. You hum, absorbed in some thick book (the thicker, the better), only half listening to what you think is going to be a goodbye.

Instead it is: “I love you so much, I think I may have to kill you.”

Your fingers still on the page. You look up slowly, frown deepening with each millimeter until you ‘re looking directly at him.

“Aren’t you going to beg for your life or something?” He blinks at you and his lashes have always been incredibly long, a annoying source of envy. “Didn’t you hear what I just said?

“I did,” You say, looking back down at your very thick book. “But it sounds like some external force is guiding your hand. What am I supposed to do about that other than wait quietly and hope it doesn’t hurt too much?”

He almost pouts. “I can make it hurt,”

“Of course you can,” You say, turning the page and continuing to stuff words into your eyes so fast and so greedily that you can’t possibly digest them fast enough. “But should you?”

He hums, bringing his fingers to his lips. “I guess we’ll see, then.”

You don’t look up from your book again. “I guess we’ll see then.”

“I think my husband’s going to try and kill me.” Wait, no. You rephrase. “My husband says he’s going to kill me.”

“Well, did he try yet?” Your Grandmother asked, peering at you over her small half-moon reading glasses.

Your eyebrows furrow. “No?”

“Then there’s nothing to worry about,” She waves her hand as if swatting away a fly. “My husband said the same thing, and I ended up outliving him.”

“It’s normal,” Your Mother agrees with a nod, wiping under her sunhat with her wrist. “It’s normal that your husband threatens you every now and then. He doesn’t really love you if he doesn’t.”

“Sure,” You say, swallowing the yellow confusion bubbling up your throat. “Except I’m not exactly keen on dying.”

“Oh, he’s not going to actually kill you,” Your Grandmother waves her hand again. “It’s just something they say.”

“Yes,” Your Mother says over the harsh, absolute snips. “It’s just something they say, like ‘I love you’ or ‘you’re the love of my life’ or ‘I love you to the moon and back’.”

Your brow furrows in disbelief but you decide it’s not worth it to say anything else.

“My husband says he’s going to kill me.”

Your Best Friend's face morphs as if the vodka was straight lemon juice. The bar isn’t crowded, it never is, but it still seems empty somehow.

“That’s what I said,” You agree. “But every woman over 40 says it’s normal, and every woman under 40 says to blowtorch him on my way out.”

“Are you going to leave him?”

You pause, tilting your head and tapping the wood for a moment. “I think he’d enjoy it too much, you know? Hunting me down and killing me for the inconvenience I’ve caused.”

Your Best Friend nods, knocking her glass back. “Do you think you’d be able to … kill him first?”

“No,” You say, looking into your water. “The thing about that is -

when I get arrested (and I will, inevitably and immediately) — everybody will think I’m some kind of crazy [redacted] screaming crazy about how my dead husband was going to kill me first. Then they'll kill me anyway. My Mother (and Grandmother) would pull the trigger themselves.”

She puts her finger up and catches the new glass in one smooth motion. “Then what? If you can’t run, and you can’t kill him, then what?”

“I don’t know,” You grumble into the sugar on the rim. “It’s not like I can just ask him to not to.”

Every morning he presses a kiss to the crown of your head and inhales the scent of your hair deeply murmuring maybe, and every night right before bed as he cuddles up next to you he murmurs a soft nevermind.

“You’re dragging your feet,” You say one night, drunk on exhaustion and high from the anxiety that rests in your bones.

You can’t see his face, being the little spoon and all.

“I’m not,” He says. “You’re just harder to kill than I anticipated, that’s all.”

“Just strangle me and be done with it.”

“No,” He says. “A beautiful [redacted] deserves a beautiful death.”

“Gobbledygook.” You deadpan. “What does that even mean?”

“He’s been trying the usual methods, no? Childbirth? Making you stand and cook for hours? Watering flowers in the hot sun on the lawn?” Your Grandmother asks, knitting with the speed of a scared Ostrich.

“Haven’t you been paying attention?” Your Mother asks, dropping the shears to one hand.

Your eyes drift away and you hum for a long time, and all you can come up with is this quote:

“There is plenty of sun, but it isn’t for everybody. There are people grateful to be slaves, and people unhappy to be served.”

You blink, wrenching your soul back into your body. “That sounds kind of exhausting.”

“It is!” Says your Grandmother with a wave of her hand. “But you’d still have to beat them at your own game!”

You tilt your head slightly. “How?”

“Why, politics, of course!” She waves her hand and rolls her eyes like it’s obvious. “Taking a sip out of the poison cup, then putting it aside because it tastes “too rich” and making eye contact while you say it. Pulling the knife out of your back and washing it off to use for his dinner. Bringing him a fresh bouquet of thorny flowers. That kind of thing.”

Your Grandmother rolls her eyes again, exasperated. “Because that’s how it is, that’s how it’s been, and that’s how it going to be be. Why are you asking all of these silly questions?”

Your brow creases, a small frown forming. “I just thought - that maybe…y’know, just -”

“Thought what?” Your Mother says, fixing her sunhat and readjusting her grip on the shears. “Silly questions are for silly children. You’re not a child anymore. (Should’ve grown out of it by now.)”

“It doesn’t,” You agree, looking down into your glass of water. It reflects the dim light of the bar, making it yellowish. “But what else should I do? Get a divorce?”

The two of you are washing dishes together, framed in the window over the sink. Your fingers brush his hand when he passes you a plate to dry.

“After you kill me, what are you going to do with my body?”

“Keep it.” He says immediately.

You frown. He doesn't look at you. “That sounds very unsanitary,”

“I thought you hated it when things were unsanitary,” You take another plate, rubbing it carefully.

“I do,” He says, handing you a glass. The suds still trailing down his wrists and forearms. “But it’s you, so it’s different.”

Your eyebrows furrow. “It is?”

“Do you think I’d just let them bury you?”

“I mean … I’d hope so. A chance for them to say goodbye would be nice for them,”

He looks out of the window for a moment, silent. “I wouldn’t.”

“I see that you’re still here,” Greets your Grandmother as you make your way up the porch steps. “Your husband’s not very good at staying on schedule, is he. I’m sure that makes your sex life very difficult.”

Your mouth turns. “I really wish we’d not discuss my sex life?”

“Unless it’s some random hot guy on a sweaty night on a pub crawl who eats it so good it makes you fall over (because a husband would never do that),” Says your Mother, swiping the sweat from her brow.

Your Grandmother nods in agreement. “Because husbands never do that.”

You look somewhere between them. “You mean like … cheating?”

“Absolutely not,” Your Grandmother says, swatting at you, clearly affronted that you’d ever ask such a thing. “That’s the kind of thing you get to do before marriage so that you can save it later - the kinds of things that don’t really count.”

“That’s too bad,” Says your Mom, inspecting a rose in her hand before letting it bend back. “You really did miss out. (Where did I go wrong?)”

“You missed all of my internal organs,” You say, as your husband sews you up with expert care in the bathroom. The shower curtain and the little carpet you had picked out to match the shower curtain were more than a little stained.

“So I did,” He says cooly, eyes not leaving the needle.

Your eyes are half lidded. “It’s like you did it on purpose,”

The stitches were extortionately straight. “Maybe so.”

“Y’know,” You scratch the end of your eyebrow with your upside down thumb. “It’s almost like you don’t actually want to kill me.”

He meets your eyes for a second, brushing his fingertips along his suture. “Rest assured, I am, in fact, trying to kill you.”

He hums, blinking those long eyelashes up at you. He almost looks innocent. Almost. “I prefer the long game. Don’t you?”

“No,” You say, looking back at the smeared cabinets. All you can think is : that’s going to be a pain in the ass to clean, isn’t it? But instead you say, “I don’t.”

“That’s too bad,” He says with a mocking pout in a voice sickeningly sweet with just a hint of condescending that makes you wish he would just do it already.