The story takes place one day 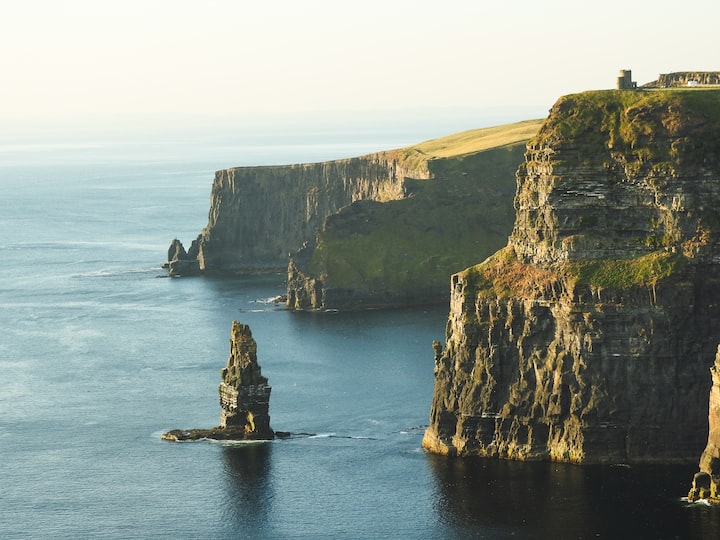 Photo by Henrique Craveiro on Unsplash

This day Rongri walking in the street, and suddenly the same luxury Mercedes-Benz stopped in front of Rongri, from the car came out the two dressed with the same bodyguards. One of them came in front of Rongri and stopped her, the other one went to the back seat of the Mercedes, opened the door, and came out of the car with a handsome young man dressed up.

The young man stepped out of the car, holding flowers in his hand, and smiled as he walked towards Rongai. The man elegantly walked down to Rongri, kneeling on one knee to offer Rongri beautiful flowers, which is what Rongai has been most eager to happen, but when a rich man proposed to himself on his knees, Rongri was happy, but his heart had a trace of loss. The man who knelt saw Rongri accept the flowers and took a ring box from the bodyguard's hand. The man opened the ring box and said to Rongri with a smile, "Rongri, please marry me!"

Rongai heard the familiar voice, and incredibly looked at the man kneeling on one knee, but when he saw the familiar man in front of him, Rongri's heart was filled with happiness, but Rongri could not imagine how Lin Shu, who grew up with him as a blue friend, would suddenly become so rich.

Rongai and Lin Shu grew up in the same neighborhood, with childhood friends and childhood friends, the feelings are very deep. But the family situation of the two is not very poor, but also just a subsistence home. Maybe it is the current social climate, maybe it is the vanity of young girls, from childhood, said to marry a Lin Shu Rongri, but aspire to a rich life.

As soon as he graduated from high school, Lin Shu gave up his dream of going to college and began to earn money desperately. He hoped that when Rongri graduated, he could become a rich man, that is like at the beginning of this article, he could drive a luxury car and propose to Rongri with a diamond ring. Lin Shu works at the construction site during the day, works as a waiter in the bar at night, and even picks up garbage on the street if he has time.

No matter how hard the days are, as long as the thought of marrying Rongri in the future, Lin Shu feels that all the hard work is worth it. No matter how busy Lin Shu is every day, he will find some time to call Rong Ri, while Lin Shu is working hard for Rong Ri, Rong Ri is enjoying his youth on the university campus.

Lin Shu's hard work is worth it, after Lin Shu worked hard for half a year, although lost more than ten pounds, a lot of blacks. But Lin Shu has the first bucket of money. And Lin Shu used the results of the six months to buy a truck to start transporting goods, Lin Shu is a very brainy young man, he relied on this truck, slowly began to make a fortune.

And in Lin Shu desperately paying for Rongri, Rongri on the campus began their road to love. The whole four years, Lin Shu every day rain and wind will call Rongri, at first Rongri will be every day will be Twitter to tell Lin Shu what happened in school, but slowly, Rongri began to get bored of Lin Shu.

Lin Shu kept telling himself that Rong Ri was just too busy with his studies and didn't have time and that as soon as Rong Ri graduated, he could propose to her, and then he could be with her forever. As long as the thought of being together with Rongri forever, Lin Shu felt like the happiest person in the world.

When Rongri finally graduated, Lin Shu drove his luxury car with flowers and a diamond ring and wanted to pick up Rongri from his school and propose to him.

Once at the school gate, Lin Shu ordered the driver to stop and got out of the car to walk into the campus alone, when Lin Shu saw Rongri wearing graduation clothes and intimately holding a man about the same size as their father in a group photo.

Lin Shu deceived herself by telling herself that the man who was taking pictures with Rong Ri was just her mentor, but when Lin Shu approached Rong Ri with hope, Rong Ri told Lin Shu that he was her fiancé and told the man that Lin Shu was his buddy who grew up with him.

But it's been many years since we've seen each other, yes! Over the years, Lin Shu was fighting for his life so that he could fulfill Ei Ri's dream. And Rong Ri enjoys campus life and city life, although he occasionally thinks of Lin Shu, Rong Ri can't give up his current life.

Lin Shu heard Rong Ri's words and felt that the sky had collapsed. The sun was like fire at noon, but Lin Shu felt that he had suddenly been thrown into a hole in the ice as cold. He could only watch Rongri and the man's mouth moving, but could not hear the sound. Lin Shu walked out of the school in a daze, drove the bodyguard and driver out of the car, and drove away from the school alone.

That night Rongri dreamed of Lin Shu driving a luxury car and proposing to himself on the street, but just when Rongri was full of joy and reached out for Lin Shu to put on the diamond ring for himself, everything disappeared. When Rongri woke up, he realized it was just a dream, and Rongri wondered why he was in tears.

Rongai said to himself: "Yes, Lin Shu is just a poor boy, how can he have so much money to buy a diamond ring for himself? Not to mention what luxury cars and bodyguards and chauffeurs."

Lin Shu has kept his family and Rong Ri in the dark all these years, never letting people who know him well know that he has become a rich man. He wanted to know if Rongri would love himself as much as he loved her, even if he was nothing more than a poor boy, Rongri did not mind himself, but fulfilled his childhood promise to marry himself.

When Lin Shu learned that Rong Ri could marry a man almost as old as his father for money, he felt very disappointed, as well as desperate.

Lin Shu, who was going to take Rong Ri for a drive with him in his car after the proposal, drove down the street alone and fast. The heartache made Lin Shu lost in reverse, the more he drove, Lin Shu also did not know how long and how far he drove, but Lin Shu was driving from noon to the darkness of the night.

The sky was dark that night, just like Lin Shu's heart, there was not a single ray of light. After that strange dream, Rongri could not sleep long. He started calling Lin Shu, who had been calling Rong Ri for four years, but never picked up the phone when Rong Ri called him.

Rongai called Lin Shu like a madman for two days, but the phone was never answered, Rongri did not sleep for two whole days, feeling that his heart was hollowed out by something. Rongai, with tears in her eyes, remembered every second she had spent with Lin Shu in the past, she thought of the past four years, Lin Shu's tireless calls to himself every day, he sometimes felt bored not to answer, Lin Shu would call the school dormitory, know that he answered, know that he was fine Lin Shu will be at ease.

Two days later, Rongri saw on the news that Lin Shu in the night of her dream, because it was too dark, even with the car driving down the cliff, the result of the car was destroyed. Rongai saw the history of Lin Shu's four-year fortune and knew the hardships Lin Shu had gone through in the past four years.

The driver and bodyguard both said that the car should have had a bouquet and a diamond ring of more than one million dollars, but when Lin Shu was found, the flowers and diamond ring in the car disappeared without a trace.

Two days later, someone found Rongri, who had been missing for two days, in the place where Lin Shu was found. And the flowers and diamond ring that were supposed to be in Lin Shu's car were found in Rong Ri's car. After the news, everyone called the cliff where Lin Shu and Rong Ri died a martyrdom cliff.