by James Vande Hey 4 months ago in Short Story 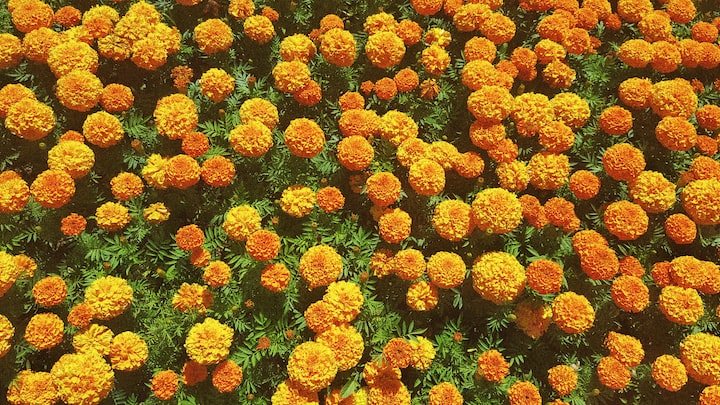 “Hey, are you okay?” as if a cloud had been lifted suddenly noise reached Jordan’s ears, light filled her vision, and suddenly the smell of roasting coffee beans flooded her nostrils. Jordan was prone to spacing out, consistently, this time she had a good reason. The girl working behind the counter that had thoroughly distracted her looked concerned.

“Let me get you a glass of water darling,” the girls slightly southern accent cut through her starting to space out again and she found herself nodding.

“Robbie is it okay if I take her to a table and see if I can help her any?” the southern accented girl asked one of the other people working and Jordan didn’t even hear his response, but suddenly the girl with the southern accent was on the wrong side of the counter leading Jordan to a corner table with a glass of ice water.

“I’m Stef,” the girl said, and Jordan was paying attention again, the southern accented girl had long straight light brown hair and magnificent eyes the color of jade, most striking however was the tattoo that covered her entire upper arm, a simple black and white outline of a marigold.

“Based on your tattoo I’d have guessed your name was Marigold,” Jordan said without thinking and Stef laughed, the sound was angelic, and she found herself laughing too.

“Based on your tattoos I’d have guessed your name was Dylan, or that you were married to a Dylan.” Stef responded and Jordan’s laughter stopped. On the hemline of her t-shirt the name Dylan was poking out.

“My name is Jordan,” she responded seriously, “Dylan was my twin brother,” she pulled up the sleeve of her t-shirt to show the rest of the tattoo, above the name Dylan was a gorgeous scene of outer-space, stars, Saturn, a cute little rocket ship, and to top of off an astronaut. “He was obsessed with outer-space,” she smiled somewhat sadly, and Stef nodded.

“I’m really sorry to leave it like this, but” she gestured, and Jordan looked up to see that the coffee shop line and grown exponentially, “I’ll bring you a sandwich once we slow down, you look like you could use something to eat.” Jordan gulped down the water and slipped out of the coffee shop without giving Stef another thought other than the fact that she probably shouldn’t let pretty girls distract her so badly. Luckily, she figured, she’d never see Stef again, she was in Seattle on vacation with her family for a week, lived in Wisconsin and was moving to Northern Idaho for college at the end of summer.

The summer passed quickly, too quickly for Jordan who was moving away for college today. Her parents were extremely supportive in her search of a degree in Natural Resource Conservation, she’d be living off campus and had just recently accepted a position in a shared house, she hadn’t met her two roommates yet, but according to her new landlord one of them was an artist earning a master’s degree and the other getting their Ph.D. in engineering, she was glad to not have to live on campus, but she had taken three years off between high school and applying to college to decide what to do, and also to deal with the loss of her twin brother. Her car was packed to the gills, and she only had fifty-two miles until she reached Moscow, Idaho where she’d be living. She had done the drive in two days. She’d made it a very impressive seventeen hours of driving her first day and collapsed to sleep in her hotel in Billings Montana before waking way too early, about six thirty a.m. (a mere four hours after making it to her hotel) and, she glanced at her GPS and turned left, her pulse pounded in her ears as she pulled up to the house. She wasn’t a super anxious person, but she was nervous to meet her new roommates, it was a three-bedroom house, according to her landlord, one of her roommates had a dog named Daisy and the other had a cat named Leo. She pulled into the driveway and noticed that her roommates had moved their cars to the road, so she’d be able to unload her belongings easier, her landlord had said furniture was provided so she’d just need to bring herself.

Jordan stretched, yawned, stepped out of the car, and stretched some more, the front door opened, and a large white dog bounded at her excitedly, “Daisy come back,” the voice had yelled, Jordan glanced up, her eyes meeting Jade and her eyes widened, her eyes shifted to her upper arm and there it was. The dog absolutely took her out.

“Not only do I need to apologize for Daisy taking you out, but I also recall owing you a sandwich,” Stef said lightly, Jordan swallowed and nodded.

“I’m sorry I ditched you, I never thought I’d see you again, and you’re a very distracting woman.” Jordan admitted and Stef laughed.

“Come on cutie,” she offered Jordan her hand and pulled her to her feet, in the doorway a dark curly haired girl stood, she wore overalls splashed with flecks of paint and Stef offered her, “I’m the engineer, Nora is the artist.” Jordan nodded. “From what Dave tells us, you’re going into environmental conservation?” Stef asked.

“Jesus Stef, let the kid breathe,” Nora called out and Stef flushed, she was quite talkative.

“Why the southern accent?” Jordan managed to ask while Stef was temporarily silenced.

“I moved to Seattle my freshman year of college from Alabama, had to escape that Southern-Belle life,” she said pulling Jordan into the entry way of the house, Nora had already begun unloading the car and Stef told Jordan she’d give her a tour.

“I understand that I’m here to escape the small-town Wisconsin life.” Jordan retorted, “you also have a few more tattoos than when I saw you this summer,” Jordan noted, and Stef nodded.

“I am going for a floral sleeve on this side and fernier?” Stef’s voice ended high and questioning.

“Sounds beautiful,” Jordan agreed imaging Stef’s other arm covered in fern leaves and bits of moss and rock. “My parents are kind of anti-tattoo, but they agreed to the one honoring Dylan when I was only seventeen.

“Mine are super anti-tattoo, and the bad type of Christian, homophobic, racist, you get the idea,” Jordan nodded slowly.

“Mine are fine with the gay thing, but they’re not okay with trans folks and that sucks,” Jordan muttered.

“Are you trans?” Stef blurted out and Jordan froze, “Jesus that was insensitive, I’m sorry, this is a really queer household, Nora is non-binary, I’m pan, or queer, or whatever.”

“I might be, I’m not really sure,” Jordan admitted, and for the first time ever the world seemed soft instead of harsh, quieter than it was loud, and much less overwhelming.

Nora dropped a few boxes in the entryway and called out, “I know I’m strong and tough or whatever, but Stef please help our new roommate with these boxes.” Stef drug Jordan out into the entrance of the home and Nora stuck out their hand, “Nora by the way, I use they/them pronouns”

“Jordan,” whispered Jordan softly, “I’m not really sure what pronouns, but before now it’s always been she, so I guess that’s fine.” They sook hands and Nora grinned.

“We’re your roommates, we’re the perfect people to test names and pronouns on before you decide anything.” Nora said with a smile.

“Thanks,” Jordan said under their breath, and they’d done just that. Tested names, pronouns, names again, pronouns again until they settled on keeping Jordan, but using they and them, and months after choosing new pronouns pursuing hormone therapy, and months after that top surgery. And to think all of this started by the fact that Stef was an incredibly attractive person with a striking Marigold tattoo that Jordan couldn’t take their eyes off.