by Zephyr Zywick 12 months ago in Short Story
Report Story 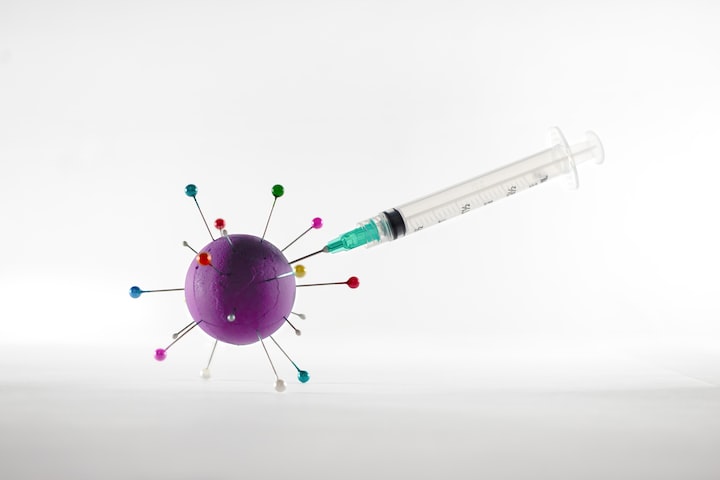 The early morning rain drizzled outside as the low rumble of thunderstorms moved through the area in the distance. Alex walked from the curtained bedroom to his bathroom and grabbed his T-shot. He popped it in his lower abdomen and tossed the injector into the trash. His last injector. He needed a refill pack.

If people met Alex now, they’d never know he’d been born female. He’d been through years of confusion, contemplation, and preparation. Then, he’d begun the slow process of transitioning.

In the living room, he found the remote control. He clicked at the tv, but nothing happened. Clicked again. He furrowed his brow and went over to his desk. Wiggling the mouse didn’t bring the screen out of its slumber.

“Must have been a power outage.”

The computer did not fire up. He looked underneath. The light on the power strip was unlit.

“What the heck? Still out.”

Looking up, he saw a heart-shaped locket hanging from a nail on the wall. The one present he’d kept from his mother. The one thing from his life, before.

He’d transitioned nearly a decade ago. He didn’t need his mother’s permission, but it had absolutely been against her wishes. She was distraught, embarrassed, confused. When she realized he was serious, she quietly accepted that all the dresses she’d bought for her tomboy-of-a-daughter never had transformed Alex into the feminine girly-girl she’d always wanted. Accepted it? Yes, but she became a hollow, unhappy woman. She felt as if his decision somehow reflected poorly on her and branded her a failure as a parent.

Last year, she carried her bewilderment to the grave. Alex felt as if she died of sadness, but they called it cancer. It was disheartening he couldn’t get through to her, but he also couldn’t let his mom’s lack of empathy destroy his spirit. So, he hadn’t.

He was mildly happy, but basically alone. Transitioning didn’t solve all of his problems. It didn’t take away his loneliness. But, when he looked in the mirror, he saw the man who always should have been there, who was always there in his mind. The inside and the outside now matched. It was simply a matter of being true to himself, not some magic pill that was an answer to everything.

Taking his eyes off the heart-shaped locket, he got up and went to look in the bathroom mirror. He flipped on the light switch. There was no light. That brought him back to the present. Shit, enough contemplation.

“Okay, okay, the power is still out.”

Sighing, Alex returned to the bedroom, picking up the only landline in the house. He’d never canceled the archaic phoning method since his mom had passed. Maybe it was laziness, but maybe it was a tether to his mom. Regardless, the phone was silent: no dial tone.

“Really? The landline? That doesn’t seem…” He trailed off.

He was going in circles now.

He went and grabbed the cell phone on the desk. It was still charged. It lit up when he clicked the power button. That was reassuring.

He called his friend and waited… and waited. The phone did not connect.

More perplexing to him was the fact that no recorded message replied. It didn’t kick to voicemail. He tried several more numbers from his directory. He got the same non-response.

He tried texting, his messaging apps, his social apps. Nothing went through.

“The storms shouldn’t have done all this. Maybe a tower’s down?”

No power. No television. No phones. No internet.

Man, this was going to be a boring day.

So… he could eat.

He headed into the kitchen.

He lit the stove before deciding on a food plan, mostly out of curiosity. The flame appeared, but lasted only seconds and fizzled out. Relighting it didn’t work, and the hiss of gas filtering in was gone.

He turned to the sink and tried the faucet.

Something in this house had to work.

Water gurgled and spat for a moment, but only air came out.

It was… this feeling was indescribable. Unease? Fear? Quiet panic? He was just standing there, not knowing where to move next.

Okay, he needed to look outside now. He was feeling trapped. He looked out the side window. There was nothing special. It was just a quiet neighborhood. No one was out. No trees were down. He looked out the back door. Nothing unusual, as far as the eye could see. At the front door, still nothing out of place. Down the street, all the utility poles were lined up perfectly. Everything looked in order, just like it should be, except… nothing was going on. No movement.

As the storm waned, he got dressed in the low light and put on a pair of shoes. He slipped out of the side door and listened for a moment. There was complete silence. That’s what caught his attention. There should actually be noise, just stuff going on in the world. He walked toward the street, but the yards, the street and the cross streets in view were void of movement.

He felt profoundly alone, and his panic continued to rise.

Then, down the block, a car drove past an intersection, its tires spinning up water from the pavement as it passed. Thank God. Someone else existed.

Then, that eerie silence enveloped everything again. A sound? Several. Sirens in the far distance inched closer, then faded away.

He decided to walk inside and grab his car keys, go drive around town to see what was going on. He turned and took a step, then he heard it.

He turned back to look.

A car zoomed up the parallel street. Between the houses, he watched it crash into a utility pole. A moment passed, then the door opened. He almost yelled out, but this unhinged driver bolted out and began a full run. The guy was panicked beyond anything that had hit Alex yet. The driver didn’t get far.

A slew of overlapping gunshots rang out and the guy convulsed as bullets racked his body. The firing squad stopped, and the man fell forward. Alex watched from his yard; slack-jawed.

The shooters crept into view to check the body. Alex was confused. He could see them, the shooters, but he couldn’t believe his eyes. No way. They were… They were supposed to be the good guys.

Backing away in slow motion, he made it to the safety of cover.

He hovered there, outside, half in shock for a long time. Again, Alex could hear the sound of sirens in the distance.

Several houses down, he saw a curtain pull tight as his eyes passed over their window.

Was this local? Regional? Nationwide? Global?

What in God’s name was going on?

As he stood, mostly out of view under his carport, his mind wrapped around all the possibilities.

Without food, water, and shelter, he would die. Without friends and neighbors, emergency preps, or a freaking plan… If this was the end of the world, and he was stuck in his house, he had none of those things.

Would everyone just become trapped in their own personal cages?

Then he thought about what he considered to be his own Jekyll-and-Hyde situation.

Born female, he had been altered by surgeries–that had been pre-empted by and needed to be followed up with–lifelong hormone maintenance. The worst-case scenario for most people was death. Without food, water, shelter, or life-saving medication, they would die. With bandits or a rogue military on the loose, they might die. This was different. He could live, but…

His face fell as he walked inside.

He stared up at the heart-shaped locket with disgust. He needed the T-shots–for the rest of his life–to be himself. Without them, he would slowly revert to an amalgamated version that was “neither before nor after.” Over time, his body would lose muscle mass and his body fat would redistribute. Without the suppression of his feminine hormones, the pre-transition female… would partially, agonizingly resurface.

It was hard enough to be accepted now.

If civilization just ended, what would it even mean? What mixture would he become? With all the other things covered, somehow, and with food, shelter, and safety not an issue, who would be reflected in his mirror in a year? In three or five?

Right now, he was exactly Alex. He was him, inside and out. Whatever he would become or regress to or merge into… he couldn’t think about it. He thought about his medication, about the military shooting people on the street, about the neighbor abruptly closing the blinds. A dark sadness filled his soul.

He grabbed the locket and threw it across the room.

As a last resort, he opened the desk drawer and took out a wind-up emergency radio.

He wound the radio for a full minute as he muttered, then searched for a station. Any station. Any news. Any hope. Any word.

There was only static…