by Luisa Gillies 2 months ago in Fantasy
Report Story

Simon dreams of living in a magical world. Suddenly, his dreams seem to be coming true. The catch? His annoying colleague seems to control it all with what she writes, and she has very different ideas of what to do with her new power. 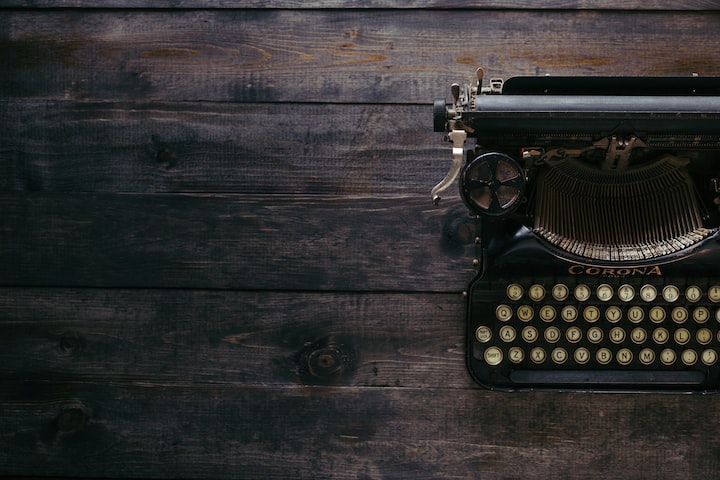 “There weren’t always dragons in the Valley. How about that?”

“Or maybe: once upon a time, dragons roamed the Valley.”

“Come, on Simon. Give me something.”

Simon looked up slowly from his coffee. His glasses had steamed up with the heat. As it dissipated, Jane’s face came into focus in front of him.

“I think I’ve got it,” Jane was saying. “There is a valley, not too far from here, where dragons roam. How’s that, Simon? A bit more exciting, right? What do you think?”

Tired of the conversation, Simon forced his eyes to light up and smiled. “Yes! That’s it.”

“Alright,” said Jane, typing it up with her eyebrows raised. “If you say so.”

It was time to shut the office and go home. The new Challenge had been released—Jane was excited, and Simon was bored.

He watched her as she packed up her things. She handled them delicately, picking them up one at a time with both hands—her lunchbox, her water bottle, her phone—and placing them carefully inside her leather handbag. She smiled to herself, as if her day at the office had really fulfilled her. Maybe it had, thought Simon. Maybe it had.

Simon, in the meantime, brushed the remains of his meal deal from his desk into the bin, leaving behind a trail of crumbs which he would deal with tomorrow. Oh God—it was only Tuesday.

He spent his days reading and writing all sorts of fantastical things—dragons, unicorns, great adventures of kings and queens and battles and kingdoms. These things floated around inside his mind, especially when he closed his eyes—but, when he opened them again, all he could see was his boring, mundane office, full of boring, mundane people. Like Jane—friendly, likeable Jane, who was content with her boring, mundane life. She didn’t mind that dragons didn’t really exist.

Zipping up his rucksack, he tossed it over his shoulder and shuffled his way towards the elevator. Jane was already inside it, and she held the door open with a smile.

“Good day, wasn’t it?” She said as they descended.

“Good prize, isn’t it, this one? Ten thousand pounds.”

Simon looked at the ceiling, wishing he worked on a lower floor.

“Are you going to enter, Simon?”

“But you work for Vocal Media!”

Finally. The doors slid open, and Simon marched out without looking back. Jane was nice enough, but she was a bit much.

Trying to ignore the sound of Jane’s heels trotting behind him, he headed straight towards the front door. Home time.

The Vocal Media headquarters were located in the very centre of the Valley, and Simon’s home was only a few minutes walk away. He would get home, heat up his ready meal, and then watch an episode of Merlin. If he was forced to live in a world with no magical creatures, he would at least incorporate magic into his entertainment in every possible way.

Simon stopped in his tracks and swirled around. Jane was frozen in place, staring straight ahead of her with the widest eyes he had ever seen.

But Jane wasn’t staring at Simon. She was staring straight past him.

Simon slowly turned back around towards the door. It was open, revealing the creature that was standing at its entrance.