by L R Croft 8 months ago in Horror
Report Story

On Learning The Hard Way 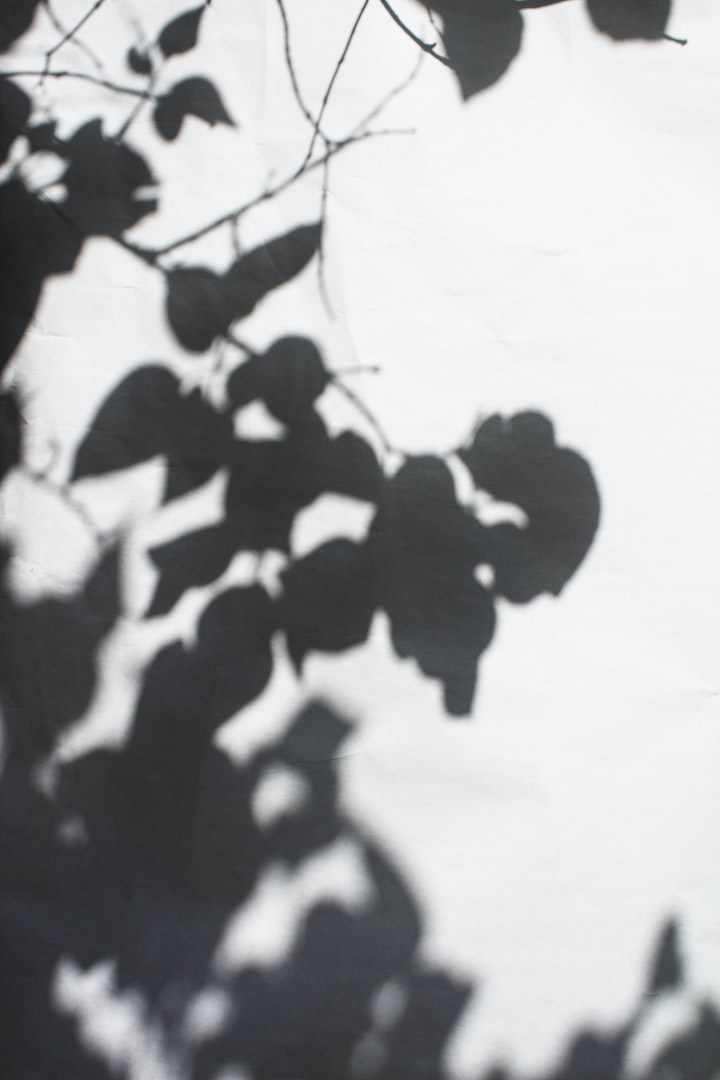 *You aren't even joking, are you? You mean all of this?*

I mean every word. I don't have time to sit around making up stories. Besides, you know what you saw, even if it didn't make sense. How would I make it up, and then make you believe it? How would I generate the video, the public records, and everything else? I wish it were all fake. To have seen the things I have..

*I'm sorry. I didn't mean to upset you. You clearly aren't ready to tell me everything you've seen. Maybe you can tell me how you learned about the creatures?*

I can do that. First, I have to tell you another back story. When I was 12 years old, I was hit by a car. The guy's breaks just failed. I had to have my femur put back together with screws. It was awful. I was in the hospital for a long time. When I got out, my mother took me to a bookstore, where I picked out a few novels and a puzzle while she looked at a few gardening books because she wanted to learn how to best utilize the new farmland.

I had been looking at this remarkable deck of cards when I heard my mother talking to someone that sounded just like me. When I rounded the corner, I saw this very plain little girl, but she was wearing exactly what I was wearing, and carrying the same items for purchase. My mother gasped and nearly fainted and the weird little girl ran away. She had insisted that the girl had not just looked like me, but had been me, but only until I turned the corner.

I assumed she was under a ton of stress, and maybe she needed a nap. I didn't see it. That's when I had the dream of the warm, comfortable man. He kissed me on the forehead and said, "Okay Verse. It is time to put the book in the cave for her to find." I woke up at midnight with chills. I needed air, but when I went outside, I had my very first panic attack. Sitting on a chair on the porch was that weird little girl. She looked exactly like me. She told me I was supposed to be dead. It was her turn.

I almost fainted, I swear it. The world went swimming around me, and I smelled rot. It was like decaying vegetation, and it was coming from the not me girl. As soon as I gathered myself, I went to grab her and she screamed. She was clearly in pain from my proximity and I almost backed away. I heard that man's voice. The one from my dream. I know, weird. He was telling me to drive her off. When I managed to grab her, she just...melted. I was sick for about an hour before I decided to take a walk in the woods.

I don't know how long I was out of it, but as I was walking through the woods, the sun started to rise. I imagined I saw one of our young lambs between the trees, so I decided to follow her in hopes that she would not get lost. It took me more than eight hours to admit to myself the sheep was not really there. I was completely lost. I didn't recognize any of the plants anymore, which had me baffled.

Now, I am going to have to ask you to just trust me on what I am about to say. I know it is impossible, but as the sun started setting at my back, I reached the foot of a mountain. I know there aren't any mountains within a day's walk of here, but there it was. Half a mile up, give or take, there seemed to be an opening. I thought about my dream and laughed as I imagined someone stashing a book in a cave in the damned woods.

When I say that I went into that cave just hoping to cut the cold, I mean that. When I got inside though, I felt funny. I felt warm, and safe. There was no identifiable source of light, but it was as bright as this room we are in now. It smelled like fresh bread, and rich stew. It felt more like home than anywhere I have ever been. I walked deep into the cave, and at the back, there was a small fire.

I called out but no one ever answered or showed themselves. I felt like I was alone though, so I expected that. Next to the fire was a bed that looked like it was out of the middle ages, complete with fur blankets. Beside the fire was a pot of stew and loaf of bread. On top of the furs, was a big, gem covered, silver paged book. I figured it was all a dream at this point, and I was still in the hospital.

I ate the stew, it was rabbit, while I read the book. I did not recognize any of the words, or most of the letters, but somehow I understood what it was meant to convey. We are one realm among many. Other creatures may enter our realm through thin spots, but they can only stay for a short time. Except for the remnants, most of the creatures from other realms don't intend harm to humans as a whole.

The book explained that remnants want to take our lives and our realm, because they destroyed their own. They had consumed everything, like locusts, until there was nothing left. All that remains of them is their restless spirits. It went on to explain how they get here, how they become real, how they steal lives. The book then went on to chill me to my core. If they steal the life of a child, they slowly consume and replace the parents with other remnants.

That thing, that not me was going to kill my mother? The most kind, loving and giving woman in the whole world, and they were going to eat her?? I am glad I dealt with it. The book said that what I did was permanent. That thing was gone and could never return. It was one of many billions though, and they were being fought by warriors from other realms too. Something about a realm of gods and their children.

They are our greatest ally, the gods and their children, but no one knows because they can't come here often, and can never stay very long. Basically, they come and make babies that they leave here to fight for everyone. At any given time, there are a few hundred of these children on our realm, but most of them are murdered by humans because they are "weird" or "different". Yeah. That sounds like something humans would do.

I don't know when I fell asleep, but I woke up in the woods just outside the sheep pasture. The sun was rising, and a little baby lamb was running out of the woods behind me. I started my research after Mom went to bed that night, and started building my secure database. The banishment magic is different, and it is not the same every time. I don't know where it comes from, but it is just...in me.

The reason you can't find my home unless you have a valid invitation and have been here before is more magic. I just thought for a while about how to keep us safe, and it came to me. I can feel when it is going to happen too, because my hands get warm. Also, I can disguise my face and other aspects of my appearance to not be recognized. It is tiring, but it is almost automatic anymore.

*Will you tell me about the first person you saved?*

No. Not now anyway. I didn't save her. I just destroyed her remnant. Her life was already so destroyed...maybe I will tell you another time. I think that's enough for today. I only have a question I must ask you. When I told you my remnant was a little girl, you looked confused. How do you see me, if that made no sense?

*I certainly do not see a woman. You are quite attractive, and you are a man.*

I guess it is automatic anymore. People see only what they want to see.

More stories from L R Croft and writers in Fiction and other communities.