The wheelchair would not dictate her life 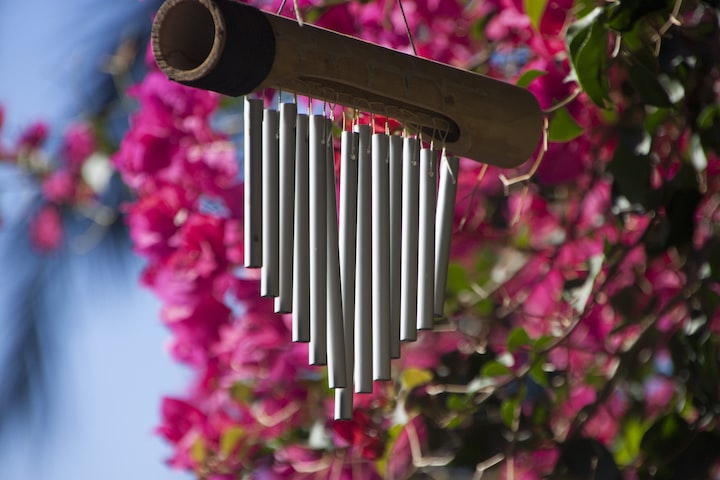 Photo by Glen Michaelsen on Unsplash

The wind chimes were calling out to Lorelei.

Soft and persuasive at first, louder and more insistent progressively.

“Come out, come out and talk to us,” they chimed.

“You cannot let this sunny morning go to waste.”

“You have so many wind chimes, don’t they drive you nuts?” Sandy, the home help, asked Lorelei often.

“Would I have them up there if they drove me nuts?” Lorelei felt like retorting. But she never said that out loud.

Lorelei didn’t expect to be listened to or to be understood by the surrounding humans anymore. Her communication was mostly with the wheelchair she spent her days in. When their relationship began, she was its slave, trapped in it, unsure, scared.

But now Lorelei was in charge.

Way more power than what she had over her legs. The useless, lifeless appendages that looked perfect yet did nothing for her.

The chimes got louder. That bold brass one with the redbreast robin painted on it was the loudest. It annoyed Lorelei that someone would put a bird on a wind chime. In fact, it bothered Lorelei to see a bird painted on anything that wasn’t free to move as it pleased. Maybe she would paint over the bird one day!

Lorelei would be sitting on the sunny porch, sipping her cup of honey lemon tea by now. Talking to her perennials in full bloom and to her chimes.

But this morning she felt dark and desolate. She wanted to curl up in her bed and block out the day that lay ahead. It was too hard to try what the occupational therapist wanted her to do. Yesterday’s session was excruciatingly painful. It had made Lorelei cry. She hated any sign of weakness in herself.

Sure, Lorelei was part of a support group of car accident victims with various disabilities. Her heart went out to the poor young man who had lost his eyesight in a car crash. She could give in those groups. But it was a one-way street. She never could bring any solace back home with her.

The support group met on alternate Saturdays in the community centre. There was a Farmer’s Market right outside. That was where Lorelei sourced her wind chimes from. She loved all sixteen of them. They all had a personality of their own. They looked different, and they chimed differently, too. Lorelei could tell their sounds apart without looking at them. A musician’s ears she had.

“Too much time spent alone,” muttered Rob, her older brother, every time he visited her from out of town. Of course, he had offered Lorelei to move in with him and his family. He was a loving, caring brother.

Wonder if Rob would have asked had he not known for sure that I’d refuse. Lorelei chided herself for thinking this way.

Lorelei’s tiniest wind chime was a little ceramic beauty with a dainty fairy painted on it. It was dirt cheap. Must be from some deceased estate. Lorelei could imagine a quirky old lady with her ceramic collectables. The chime was barely audible. But Lorelei could hear it. She named this one Tinkerbell.

The bossy brass one was Gregory, despite the robin on it. Marina, the blue, sparkly wind chime, reminded Lorelei of the ocean on a sunny day. She used to love a swim in the ocean. Lorelei wondered at times about her obsession with these chimes. But she never probed too deep.

Almost like she didn’t really want to know what drew her to them. It all started with the chime Lorelei was gifted on her birthday by her colleagues, just a month after the accident. She was still in the hospital. But, the nurse hung it up for her in the hospital window.

Funny that! Mark used to refer to Lorelei as his “Little Beauty.” How many centuries ago was that! In his defence, Mark did try to keep the relationship going. But Lorelei had raised these walls, high and imposing. He stopped trying to take them down after a few months.

So now here Lorelei was. On good days, she bossed over the wheelchair. But on bad days, her inert legs bossed over her.

Don’t let them. Listen to the call of the chimes. They know how to live.

A little whisper from deep within the recess of Lorelei’s soul drifted up. It went past the abyss of gloom and surfaced in her consciousness.

The call of life chimed in unison with Lorelei’s sixteen wind chimes.

She sat up in her wheelchair.

“Go!” “Forward!” she commanded as it wheeled her out onto the sunny porch.

The wheelchair would not dictate her life.

Lorelei wanted to add more windchimes to her collection.

More stories from Rhea Dyuti and writers in Fiction and other communities.