by Patrick Parker 11 months ago in Short Story
Report Story 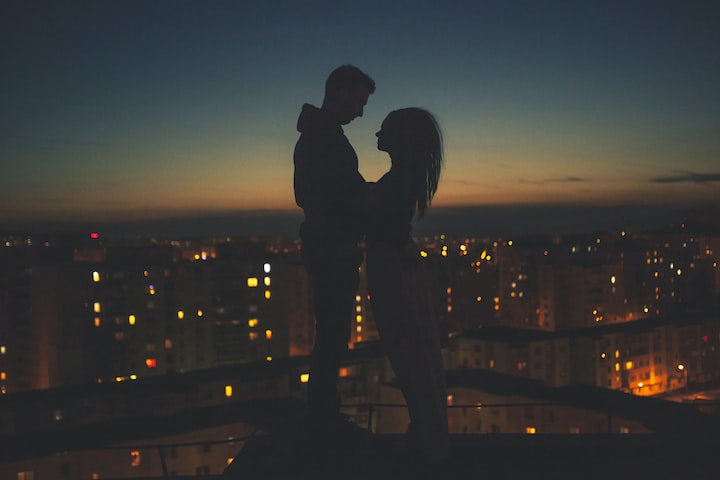 Photo by photo nic on Unsplash

The day was June 14th and it was a cool spring day. One of the last before the unbearable New York City heat suffocated the city. Today was the beginning of my new life. I had no idea it would include her.

I awoke in the morning after experiencing a powerful dream that left me full of fear. I gripped the sheets of my bed as my dream flashed before my eyes. I was in a military boot camp dorm hastily packing my sack for a covert escape. It was a dark night and dim lights lit the streets. I tiptoed out of the barracks and to my surprise I was able to walk right out of the front gate.

The guard was sleeping and I bolted for freedom. My uniform came flying off as I ran passed the guard station and awoke when the sun shined upon my face. A vivid dream that left me wondering what it could mean for my life.

I threw my legs to the edge of my bed, I stretched my arms above my head. I could hear my roommate playing music in the kitchen and humming a song. It was a usual Saturday morning that always started off with the making of coffee.

“Michael!” François called from the kitchen in his French accent.

I yawned sitting at the edge of my bed.

It was our tradition since college to drink coffee, turn up the tunes and dance in the morning on weekends. No exceptions, not even if we had a long night of driving. We always did it. We were friends by chance and brothers by choice. I opened the door to my room and the sound of House Music filled my ears.

“My man!” François shouted as he greeted me with a delicious cup of black coffee.

“Here’s to your new life! Sante!” François said with a big smile.

“Sante!” I said as we looked eye to eye as our cups clinked.

The dancing shenanigans went on for fifteen minutes as we took turns climbing various pieces of furniture in a musical style. In our minds we were on Broadway!

We were both entertainers at heart and simultaneously trapped in jobs that did not feed our souls. I could no longer take the pain of advertising. I had ended it all against everyone’s cries for me to stay. My boss, my mother, and my therapist.

François was the only one who had supported me going on this artist’s journey. It definitely was because he was an artist too. He was still working behind his engineering desk by day, but at night he toiled behind his laptop to make love to his music muse.

François was a producer of house music and had dedicated countless hours to creating his own work. I feel like his big brother going out ahead of him to test the waters before I signal back that it is safe. I realized over the last three months that there will never be a safe time to quit my job, I just had to jump.

I was moonlighting as a writer after work and on some weekends when I was not drowning myself in alcohol. I was only avoiding the calling of my soul.

We finished our dance fest and began to get the kitchen ready for breakfast. It was my turn to be the chef. I reached into the fridge to grab the eggs.

“Over easy or sunny side up this time?” I asked.

“Over easy and a little runny! Is that what you called it?” François inquired with curiosity.

That was one Americanism he had trouble with and he finally nailed it! I love teaching him Americanisms and watching his mind spin trying to figure them out.

“I’ve got a surprise for you my man!” I said

I reached up into the cabinet and pulled out a can of corn beef hash. François’ eyes grew wide.

“My man! I love this shit!” François blurted as he reached for the can.

“I thought we’d celebrated this morning with a little hash!” I said with a big wink.

François had fallen in love with it just as I did as a child. It’s cans of corn beef that remind me of home. Now we share another love together. He and I always did these types of surprises for each other. We both enjoyed sharing new food with each other. He had introduced me to the French love of my life and her name is tartiflette. The soft potatoes covered in melted French cheese made my heart sing.

We were the type of friends that embraced our cultural differences and discussed them over mouth watering food. I dropped a slice of butter in the hot frying pan and moved it around with a few swivels.

Next, I dumped the entire can of corn beef hash. I watched as it developed a crusted side and flipped it. François had set the table and began to put on his newest playlist of music he made. He was a master at setting the mood. I cracked four eggs into the pan and they fried up quickly.

“François let’s eat!” I called out over the music that had me dancing in front of the stove.

I slid the corn beef hash on his plate and the eggs went on top.

We walked to the table, sat down simultaneously and said in unison, “Bob appetit!”

We dug in and devoured the meal. We barely talked and all you could hear in the apartment were sounds of the music and muffled yums coming from us. Afterwards we quickly did the dishes as a team and then we each sat at our own desks to do our work.

The hours flew by as our creative thoughts flowed. It never mattered what we created as long as we were doing the work. François was falling in love with the process of studying music and the equipment he brought to create it.

Every now and again I would look over to see his face lighting up with joy. A smile always ran across my face when I looked at him. Today was the most important day of my life because I began the journey of becoming a full time writer. I had put it off for years and now I was ready to carve my own path.

I had secured my first writing assignment for a New York magazine to create a writing cash flow. My main focus was pumping out page after page on my first novel. I had about ten ideas that were floating in my head. The pump had been primed and my adventure novel was off to a great start.

“Michael! My man!” François yelled at me.

I was deep in thought when I felt his hands grab my shoulders from behind. He squeezed my shoulders and attempted to turn me around.

“François! What’s up?” I said with a startled tone.

“I was day dreaming about my new life.” I said.

“There is a big birthday party tonight in Brooklyn for a Frenchie!” François said with enthusiasm.

I loved French parties and the fun loving atmosphere that lasted until the early hours of the morning. I could smell the French cheese and cigarettes now as François explained who’s birthday party we’d be attending.

All I caught was her name and it struck a chord with me for some odd reason. It was a name I had never heard before. Her name is Axel. A name that would fill my life with such love and destruction.

More stories from Patrick Parker and writers in Fiction and other communities.