It's Too Cold For This

by Alexander Richardson 12 months ago in Humor
Report Story 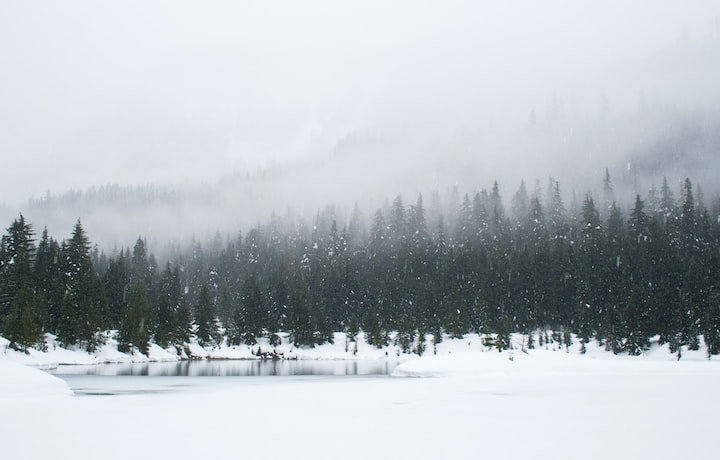 Photo by Adam Chang on Unsplash

“What’s wrong with your foot?” I ask, unable to fathom what I was looking at.

“Nothing.” Jerry bluntly responds, as he continues to dig his hands into the snow.

“No, there’s something wrong with your foot. It’s bent all… weird.”

“It isn’t weird, I’m double jointed.” Jerry says, sounding les engaged than before. “What would a dumb kid like you know about normal?”

“I’m not a kid, I’m twelve! The proper term is elder of the adolescence.” I lift my chest up high and boast pride in my heart, letting my maturity shine in Jerry’s face. He takes his hands out of the snow and rubs them on his jacket. He slowly turns his head to me, with a deadpan look that could stretch to the end of the universe. “Put your hands back in your pocket, you’ll get frostbite.” I hate when Jerry is so bitter! Just because he’s got some hair on his face doesn’t mean he can keep brushing me off!

“Don’t hate me because I don’t need gloves!” I squeal, hiding the embarrassment on my face behind my annoyance.

“Whatever kid. Your fingers, not mine.” Jerry scoffs, returning to his inane digging.

How is he so good at gaffing me off!? The whole point of me speaking out is so that he’ll try and ignore me, but then I just keep going. Then he’ll keep getting annoyed and then I just laugh at him. He’s not supposed to actually ignore me!

Without thinking, I scoop a ball of snow in my hand and chuck it at Jerry’s stupid head! It splats white on his brown beanie and he pauses, but then goes right back to digging in the snow. “What sense does it make to dig in the snow while it’s still snowing!? What kind of idiot does that?” Jerry is unnerved by my rage, letting me know that I’m going to have to do a lot better.

I scoop up another pile of snow, but this time, my hands started to feel all… tingly. I ignore it and start patting down the snow to the best of my ability, but the snow was crumbling in between my fingertips.

Scoffing at my failure, I scoop back down and give it another try. My fingertip grazes the snow, and I kept help but grunt in pain. The tingling was quickly turning into stabbing and was ravaging the surface of my hand… But I couldn’t careless! Today’s the day that I show Jerry who he’s messing with. I’m not taking any more of his garbage.

I hunker down and bend over, dipping both of my hands into the cesspool of needles below.

“Hold on… let me see.” Jerry gets up from his kneeling position and walks over to me as calm as possible.

“Relax, you’ll live. It’s only frostbite. I told you to keep your hands in your pocket, Christina.”

“Yeah, you’ll be fine. After we remove your hands, you’ll be as good as new.”

“You didn’t know? When you get frostbite, little ice bugs eat away at your skin. If we don’t cut your hands of quick, they’ll eat your whole body out of house and home.”

“But—bu—bu—I like my hands AND my body! No wait! I love my hands and my body! Is there no other way to save me!?”

“You could’ve just listened, but you didn’t. Don’t worry though, if we cut your hands off with a butter knife, it won’t hurt as much.”

“No please! No! At least put me to sleep first!”

“Oh, Christina. Your hands will grow back. There’s nothing for you to worry about.”

“If you cut my hands off… will they really grow back? And look the same as they are now?”