by Sapphire Blackgaard 3 months ago in Short Story 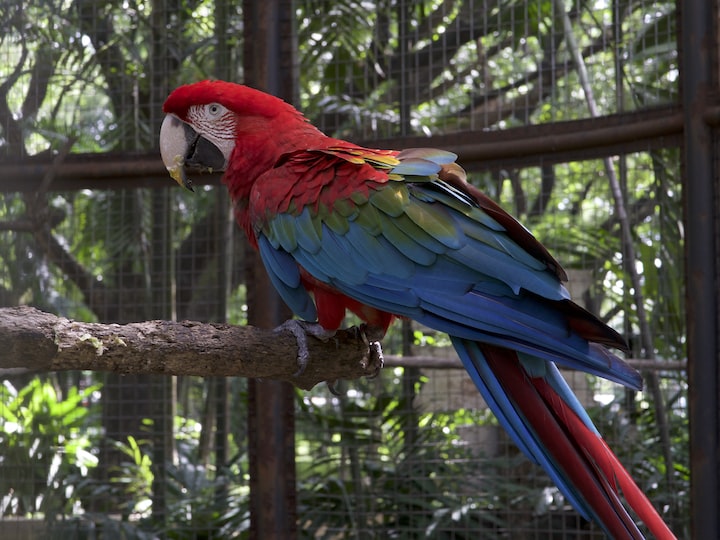 Photo by Mari Gimenez on Unsplash

She stared at the colorful bird blankly, its colors looking far more cheerful than she felt. Her eyes rested on the blue feathers, perhaps that color was closest to how she felt though it was still too bright a blue. She let her mind wonder over the other colors, the red and green and found that they actually also matched her feelings. Red for anger, green for jealousy, and blue for sadness and it fit far too well for her liking and she instantly wanted to go back to it being too bright.

She wiped away a tear as she stood up to feed the bird in an attempt to take her mind off of her whirling thoughts and emotions, not that it worked all that well. She watched it eat as her mind continued to flow down the same stream of thought. She wasn’t certain she’d see her grandma again after the move and that thought alone was like being hit by a truck.

She sucked in a sharp breath and quickly made for the tissues, losing the fight for composure as the dam broke for what felt like the hundredth time. She tried in vain to dry her eyes and clear her nose as she was swept along into the raging flood of emotions all over again. It wasn’t fair! They had had her grandma practically their whole lives as a constant presence! She’d only had eight years! Eight years! It wasn’t long enough! It wasn’t!

She looked up at the soft feel of something pressing against her to find it was the macaw. It nudged her again and she tentatively reached out and gently stroked its feathers and she sniffled. “I must seem pretty ridiculous to you, huh?” She breathed and the bird nudged her once again. She readjusted her position to sit cross legged on the floor and allow the bird to perch itself on her right knee.

“It’s just that, my grandma is leaving and I’m not sure if I’ll ever see her again and I’m going to miss her a lot!” She explained as more tears flowed down her face. She caught the macaw’s eye again and imagined that she saw compassion and understanding there and it made her cry even more. She was startled when the bird lightly flew and landed on her shoulder, settling itself there. She looked up at it as it gently rubbed against her face as if trying to make her tears go away.

She gave a breathy laugh. “You’re very sweet today, normally you want nothing to do with me.” She said ruefully even as its beak gently brushed her cheek. Sighing she settled in and enjoyed the company and the comfort offered. “It won’t be much longer before you leave here too and go back to your family and friends. You’ll probably be glad to no longer listen to me talk about my issues all the time. You won’t have to hear my selfish talk of things being unfair and everything else that’s ‘wrong’ with my life.” She smiled. “You probably tune me out anyway, huh, buddy?”

The scarlet macaw gave a loud squawk as if in protest of indignation and she gave a real laugh. “Yeah, I love you too, buddy.” She replied as it nudged her face again. “Alright, I’ll stop feeling sorry for myself and get back to work.” She lightly stroked it’s feathers again before watching it fly back to its perch, clearly done with the over emotional female as she stopped having a break down.

With a soft smile she got up and continued her job while musing about change. She didn’t like change, hated it in fact, but even she knew that some changes were for the best, even the hard ones. She would get through this, right?

Read next: The Querent