A coming of age story in a time of innocence 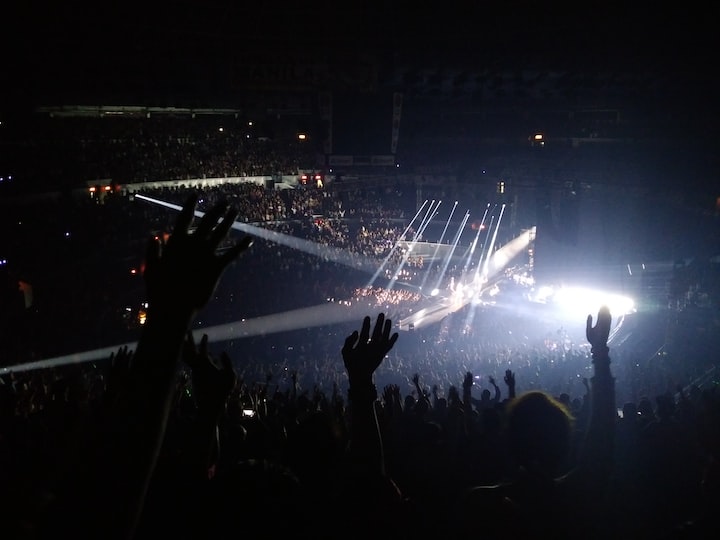 Photo by Joshua Dueñas on Unsplash

The date was August 1976 and soul singer James Brown was having a concert on a Sunday night. 17 year old Daniella Michelle Nicoles was in the midst of a crisis. The concert was in the big city 12 miles away and she was stuck in the country with her grandmother for the summer. Daniella had seen James Brown four or five times over the past decade with her mother and brothers. This was the first time she was going without them because she wanted to and it was not to watch the entertainer perform.

Danielle had met a really nice boy at a party at the local masonic lodge. The small building was on a hillside surrounded by older houses and weeds. It happened to be the only place the local teens could have any fun. Tyrice lived in the city but somehow he and 3 friends had heard about the party and decided to come. That had been a few weeks earlier and when he asked Daniella to dance she knew he was the one.

She gave him her phone number and he called her the following night. The next day he said he loved her and she told him she felt the same. Daniella had not had a way to get to hsi high school graduation and she cried until she fell asleep. Tyrice did not have his own car so he did not know when he could see her again. The concert was the ideal opportunity to meet him but how could she get there?

When they spoke on the phone she promised Tyrice she would meet him at the front door but she did not know anyone that was att3ending. The n. concert was 2 days away and Daniella knew she had to find a way into town. She heard her oldest brother Will and his friend George talking on the porch about going to the concert and she asked if she could get a ride. They said yes and her grandmother agreed, Grandma Liz was very strict and her brother's friend was 22 but as long as her 16 year old sibling was in the vehicle Grandma believed he would look out for her but on this occasion, she would be very wrong.

On Sunday night Daniella put on a new tan pantsuit that an older cousin had given her and she picked out her hair in the afro she had just begun wearing. People were always telling her she looked about 14 and she hoped the hairstyle would make her look older and impress Tyrice. She got in George's car and was off into the night. The three of them arrived at the coliseum right at 7:00 after a 20 minute drive. Will and George immediately disappeared and cared not what she was doing but true to his word Tyrice was standing at the front of one of the doors waiting for her.

He went with her to purchase her ticket which was only $6.50 and they began to walk around. Danielle was amazed at the number of people who knew Tyrice both male and female. They all spoke to her but some gave her curious looks. As they passed certain individuals Tyrice told her how they were connected to him. Neighbors, classmates, cousins, friends, so many more people than Daniella knew and she was impressed.

Daniella could not believe that after decades of riding with her mom to concerts, the circus, and other events at the coliseum she was here on her own. She did not tell Grandma Liz she was meeting Tyrice because she felt it was personal. She was not being sneaky just being private because after all in a week she would be 18. The energy in the building was like electricity and all around her people were singing along and dancing.

During a slow song, Tyrice pulled her close and they kissed then began to dance. It was a fun magical night for the country girl alone so to speak in the city. She and Tryice remained close to each other and held hands and Daniella felt like Cinderella at the ball. She saw a few of her friends but none of them were with boyfriends and she felt so special.

Once the concert was over Tryice walked around with her to find her brother and her ride. They looked high and low but saw no trace of them. Daniella had a sneaking suspicion they had hooked up with some girls, perhaps the two sisters they both were trying to date. The crowd was thinning as people were heading home and Daniellea was without a ride and a long way from home. If she had thought about it she could have walked to her great aunt's house because her grandma's sister lived only a few blocks from the coliseum. The thought did not occur to her only that she needed a way back to the country.

As she and Tyrice were walking towards the front exit she saw Paul a guy from her neck of the woods. He and his family lived about a mile from her and Paul had his own vehicle. They had graduated high school together and went to the same church but she really did not know him that well. He agreed to take her home and Tyrice looked hesitant but what choice did Daniella have. She had to trust this guy who was practically a stranger to take her home safely without doing her any harm. She and Tyrice kissed and he shut the door with a worried look on his face. Once again Daniella was off into the night and her grandma had no idea what was going on.

She had left home with her brother and his friend, and met Tyrice and hung out with him during the entire concert. Now she was heading home down the lonely highway with a different guy and they were all alone. Paul turned on the radio but other than than the ride was pretty silent. They made it back to the county withotu incident and Paul was a complete gentleman. Daniella thanked him and went inside her house and called Tyrice who was anxtiously waiting to hear from her.

Will did not get in until hours later and the siblings never discussed where he and George had gone and what they had done. Daniella Michelle reflected upon that night so long a ago as she was trying to deal with the fact that her daughter had bee date raped twice by men she trusted. it was a sobering reality and Daniella gave thanks that she had faired so well. Daniella recalled a story in the news about a girl who disappeared from a concert only to be found dead.

George could have ditched her brother and tried something with her but he did not. She had only known Tyrice less than a month. He could have lured her way somewhere and raped and or murdered her. Paul certainly could have had his way with her anwhere along the dark lonely highway. She had been young and innocent and obviously had angels looking out for her. She laughed now because if Grandma Liz had ever found out all those years ago of what happened when she went out into the night there would have been consequences.

Daniella thought about how the coliseum was filled to capacity, abotu 10,00 concert goers. Everyone came and went withotu incident. There was no mad rush and no one got crushed to death. So much could havc happned to her but it did not. Things have changed so much since that time of innocnce but Daniellaa looks back fondly on that night.