Inching Along After the Apocalypse

by J.A. Hernandez 5 months ago in Horror
Report Story 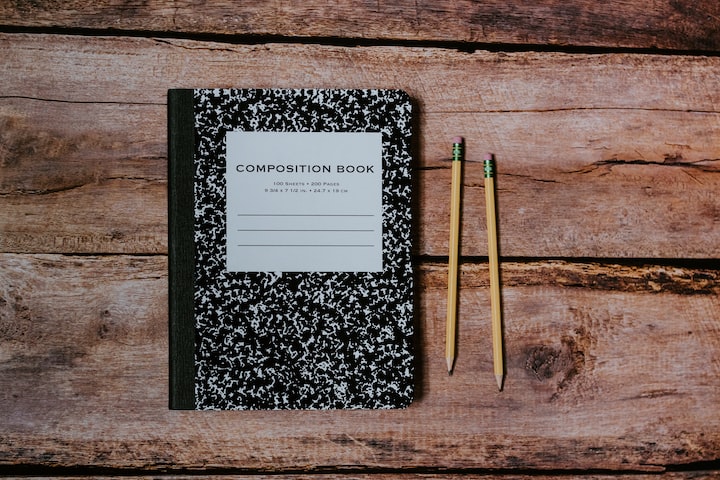 I was rummaging through the supply cabinets in the teacher's lounge today and found a composition notebook, like the ones I used to hand out to my kids, beautiful black and white marbled cover, brand new—well, unused. Of course, nothing's brand new anymore. I haven't written a diary since I was a kid, it's been so long, I think I forgot how.

I grow potatoes and keep them in what I call my bomb cellar. My dad used to tell me about how they'd teach you to hide under a desk or run into your bomb shelter back when everyone was afraid of nuclear war. It wasn't the nukes, though. But the shelters make great root cellars.

What else? When the sun goes down, I'll head out and see if I can forage up something for potato gumbo.

More smoke blowing in from somewhere; hard to believe there's much left to burn. It reminded me of the fog that used to roll in early some mornings. I wonder if they still have fog anywhere. I'd like to see it again.

No luck on foraging. But I finally scored mushrooms in the bomb cellar! So, it's a feast tonight: two-ingredient potato succotash for dinner.

What do people even write in diaries?

Confession time: I keep the classrooms spotless—sweeping, dusting, polishing. I miss teaching. I was sweeping out Mrs. Locklear's room last night when I found a laminated Celsius to Fahrenheit conversion chart—the ones they were handing out after the First Four Degrees.

The kids always had trouble with the conversions. I did, too. It's just hard to do in your head.

Easy, it's when all your pollinators die—that's 102 Fahrenheit in North Carolina.

If I ever get to teach again, my kids are going to learn Celsius.

My last neighbor, Sofia, moved out of town exactly two years ago. She had a toothache and couldn't stand it anymore. Years before, after the grid went down, we had a couple of Cherokee come down from Qualla Township—said they were taking refugees; they had protection, work, food, and even a dentist. So, I can't blame her for leaving. But for me, just something about home keeps me here. I hope she made it okay. It used to be an hour by car, but by foot, who knows? Two days? And that's if you're in good shape, know how to get there, and don't have an aching jaw.

It's been long enough that I felt okay to go through her house. Not much there. I did find a holiday calendar, though. It shows when to celebrate what. June 13th was blank. So, today is Sofia Day. For Sofia Day, I will lie outside and see if I can spot her favorite constellations. The stars are so bright now.

I didn't need the calendar for this one. I remember when it became a national holiday. Today, I'm opening my last can of tomatoes in honor of my ancestors. It's not much, but I'm celebrating.

3,774 days since I protested. They wanted to overturn this day being a holiday. It didn't work. You can't take holidays back.

Leaflets fluttered down from the sky today. Can't they drop food or vitamins?

The Children of Abraham invite you to Haven in Las Vegas. Food, Water, Safety.

Okay, it wasn't on the official holiday calendar, but it's my holiday. July used to be the hottest month in North Carolina. Some places hit a whopping 94°F. Oh, it's still the hottest month, but now it soars up to 115°F by my old mercury thermometer. It's a special day. I used to take the local kids out back to plant a pumpkin patch. Sure, it was summer break, but what kid would turn down the opportunity to play in the dirt and all-you-can-eat ice cream?

I keep my treasures in my heart, next to my heart—a heart-shaped locket from Mom. One side held mom and dad. Other side, a photo of my two dogs, Charlie, and Alan; they didn't make it past The Collapse. But they were in their golden years already. I didn't do what the others did with their pets when the food ran out.

Snuggled in between the photos, held in by the latch—three pumpkin seeds I dried out from the last pumpkin patch we harvested for carving jack-o'-lanterns. At the last harvest and carving, it had been me, the dogs, Britt, and Jule—sisters, one grade apart. When we planted that patch, there had been a lot more. We only carved one pumpkin, and we made it look like a snowman. I helped them carry the rest home to eat.

Let me commemorate our great nation with reflection on the so-called "new normal." The insects went first; few people noticed. The ones that did notice were screaming, but no one heard. The harvests got smaller, the temperature kept rising, the droughts and wildfires hit, and it just got worse. At least the masks we all bought a few years before came in handy again when things got dusty. Then came the standoffs between the farmers and governments over water usage. The news couldn't keep up—just about every town in the Midwest made Waco look like a campfire in comparison. As the plants started dying off, the temperature kept rising.

What's normal now? Hiding in the shade during the day, looking for food and water at night. Past that, everyone left is doing everything they can to not contribute to the problem. Well, almost everyone. The remnants of what was the United States government took over Chicago and are back to pre-Collapse normal—last I heard. That is, if normal means sending the military to war with Toronto over water rights.

Get over it. Adjust, get used to it. Move on.

15 years since things were last normal, if I'm being honest.

Settle down, class. Time for a history lesson.

Less than a decade ago, 95% of the world's population went out, like a light, in under two years. Bee colony collapse was just the beginning. Moths followed, then ants, flies, beetles, butterflies, wasps—all gone. The food shortages hit, everyone panicked. First, it was meat; they couldn't produce enough grain to feed the livestock. Then, when the livestock died, they couldn't hand pollinate enough crops to feed people. Cue everyone turning to the oceans, rivers, and lakes—it didn't last long. Meat collapsed, plant crops collapsed, people turned to hunt, but no one had the skill, and the animals were as desperate as the humans. The meat came from wherever people could find it, but it ran out faster than anyone could have imagined. They turned to their pets and then to something unspeakable.

Right. That's not a thing anymore. Gelatin is from animals, and, well…now I'm depressed. So, diary, I may not visit you for a while. Holiday calendar, you'll make a decent kindling.

I don't remember the last day the school cafeteria was running, so I can't count the days. Here's to green Jell-O, the best Jell-O.

I'm back. I don't have anyone to talk to, but I have my composition notebook and a whole bushel of No. 2 pencils. What else am I going to do? One time, back when gas was a thing, I took a vacation to a resort in Mexico in February. It was so relaxing, and the heat was a great change from the cold rain here. I want that kind of weather again. If I can't ever have the freezing rain of February, then I'd take the Cancun nights. A cool 19°C (66°F for everyone who still hasn't completed their homework), and I'd need a light jacket.

I know you can make vodka from potatoes, but I don't know how. So tonight, I'm going to start a science experiment. I've got an entire chemistry lab and more potatoes than I know what to do with.

What's the difference between vodka and moonshine?

5,994 days since paper umbrellas on the beach in Mexico.

I always heard that farmers, back in the good old days, worked early and late to avoid the heat. Smart.

I thought I saw a bird today. No luck. Just a sunspot in my eye from checking for birds.

My vodka turned out pink, so I'm not going to drink it. I'm heading over to pick through the remains of the town library tonight. I can't find anything about making potato moonshine in the school library—not in the curriculum, I guess.

17,035 days since I got to sign my name to a library check-out card. I never returned the last book I borrowed.

Not much to do in the middle of the summer with no electricity. The hand fan I made a few years ago is looking rough. I'm going to try and make another one. It's been a while since I had an arts and crafts project.

Today, I figured out how to make old stick glue sticky again. Tonight, I'm going to scavenge for usable paper or plastic, and make a two-handed fan. I've got an idea for a better one, but I must find a working bicycle, which might take a while. Good thing it doesn't have to be rideable one.

1,940 days since I had a rideable bike. Okay, I don't remember. But it seems about right.

I FOUND A CATERPILLAR!

I gave it some water and gave it my hat as an umbrella from the sun. The holiday calendar is no more, and I have no idea what people used to celebrate. For me, it is now World Caterpillar Day.

Andrews, North Carolina, just became the most exciting place in the world. No one knows you're here except for me, Mr. Caterpillar.

I could change that. I could pack up and make my way to Chicago, cash in, and tell them where to go. Then, I'd have electricity again, probably even a chicken sandwich. I bet they have normal schools up there—ones with kids, so I wouldn’t be alone in classrooms again.

Or I could stay a decent human being and stumble my way through a two-day hike to The Qualla.

Whatever I do, I'm not important. You, Mr. Caterpillar, are going to start a war right here in my hometown. Are you a butterfly? Are you a moth?

Population: Two. One Lepidoptera and its caretaker.

0 days since gaining a new resident.

More stories from J.A. Hernandez and writers in Fiction and other communities.