In search of Annalyse

by Lisa VanGalen 2 months ago in Fantasy
Report Story

Be careful what you wish for 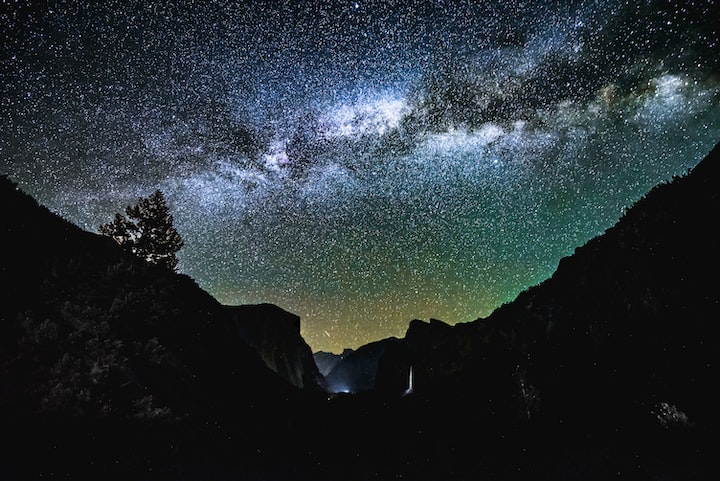 There weren't always dragons in the Valley. In fact, until three weeks ago, they had been monsters elaborately depicted in bedtime stories written and told to scare little children. As the shadow of the air-borne menace passed overhead, Kassador peered out from behind his bedroom curtain. If the villagers ever found out he had wished the dragon into existence...

Screams pierced his soul as another child was taken, the second one today, and Kassador's dread sank deeper. They would never forgive him now.

A few short years ago, he would have been a target of the flying reptile. His grandfather's stories had captivated him, held his attention in a way nothing else could. Even now, if he closed his eyes, he could hear Nema's voice and visions of elegant swooping dragons filled his mind.

“...but none could control the mighty beasts, for they answered only to the Voice.” Nema's voice dropped into the deepest bass range at this point, the better to scare Kassador and his siblings. “Only once had the Voice been heard in the Valley. Only once and never again, as its owner called the dragons home.”

Kassador would shiver beneath his blankets as Nema's voice slithered around the room forecasting the images of dragons darting through his dreams. In his mind, they were slender and glistening in the sunlight, their wings as delicate as those of the garden fairies, and tails as long and thin as whips. And small. As a small boy, he couldn't imagine anything larger than the oxen that pulled the wagons into town. Now, nearly eleven, nothing had prepared him for the massive creature that blocked out the night stars with wings that blanketed the entire village. Or the talons, as sharp as the butcher's knife and as tall as he himself.

He wished he could take it all back, go back to when he didn't know his dreams could become real. A warbling roar echoed between the rock faces of the gorge as the dragon announced its departure. Kassador decided there could only be one. Gods, if there was more than just the one...

His hands trembled as he slid the old notebook from under his pillow. It was too early to light his lantern and the setting sun made it difficult to make out the letters. Kassador squinted at the faded ink and the shaky penmanship. Nema had been one of the elders, practised in the old ways and a scholar to boot. Not yet old enough to join the Revellage, Kassador struggled to make sense of the words, to remember exactly how the stories had been told. The clue to sending the dragon back to the dream world had to be on these pages. If only he could find it before they found him.

The boy scrambled to stuff the ancient diary in a leather satchel before his father thrust the door open.

“Kassador! You must come here. Annalyse has been taken and the men are heading out to search for the beast.” The heavy frame of the door shook as the big man pushed his way into the room. The boy's chest tightened as though all of the air had been sucked out of his small space, both by the pronouncement and his father's presence.

Scared, he swallowed to clear his throat, choking on the spit as it squeezed down. Tears sprung to his eyes as he absorbed the words 'Annalyse has been taken.' As if having a dragon around wasn't bad enough, now his actions had caused his best friend to be snatched from her family.

A deep breath helped him gather his wits as he pulled on his boots and grabbed his jacket from the floor. Keeping his eyes on the time-worn floorboards, Kassador shrunk under the gaze of his patriarch. Being slightly afraid of his elder, he chose to keep his knowledge tucked away in secrecy along with his notebook. There would be time enough to explain his actions once Annalyse was found.

The satchel hung heavy on his shoulder as he stumbled out into the last hour before twilight. Along the roadway, lanterns flickered to life as other villagers emerged to join the expedition. Voices were hushed as the men hugged their wives and closed their children inside. This would be no simple trek in search of winter-berries. They would be heading into the caverns beyond the edge of the fields. Cries of scared children pierced the night air. The women stood in a circle around the central fountain, shadows dancing around the village from the lanterns clutched in shaky hands. Everyone scanned the sky as though they could spot the dragon against the sparsely scattered stars.

Kassador tried not to look at anyone as he picked up a lantern pole and fell into line with the others. His cousin, Candrec, and Annalyse's brother, Sessiman, glanced back along the row, their eyes wide with fear and excitement. The three of them were barely old enough to be considered men. The dragon could have taken any one of them. Kassador grimaced as they nodded at him. This was all his fault. How could he ever fix this?

The walk was arduous, made more so by the inky darkness of the late summer eve. Rocks protruded in odd locations, tripping the walkers and slowing their progress. Fireflies danced outside the reach of the lanterns' glow. Dew glistened on the leaves and grasses as they neared the meadow. Kassador stepped into the verge, following the steps of those before him. It was mindless, there being nothing to see. The late hour had him sinking into his memory.

His grandfather's stories drifted through his mind like the seeds of a dandelion lifting on a breeze. The details blended and mixed until Kassador was thoroughly confused. He needed to talk to Candrec. They had listened to Nema together. Maybe he would remember how the dragons had been defeated. There had to be more than just the Voice.

Parting the last of the sun-baked stalks of grain, they entered the meadow that stood between them and the edge of the Valley. Tall grass brushed against the rough cloth of his jacket. Scents of near-winter clung in his nostrils, reminding him of how vital each minute was. The village could ill-afford to be traipsing off into the wilds in search of their precious children. Beyond the ridge, snow-clouds would soon collect in preparation for the cold season. Kassador shivered as a premonition scampered down his spine.

If he didn't solve the riddle before they reached the final pass, none would return.