by Juan Martinez 10 months ago in Horror
Report Story

The old gods and EDM 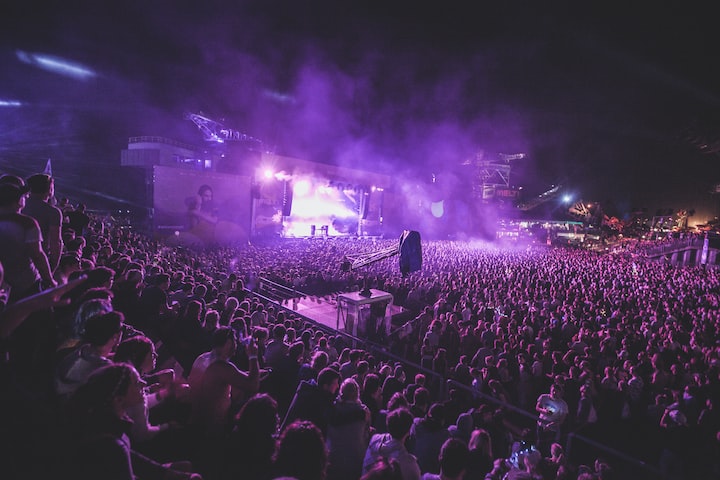 I rose that morning before the sun and hobbled my way to the shore of Lake Superior to see the sunrise. The lake used to impress me with its vastness but after years trapped on its shores, I grew tired of it. I passed the day wandering amongst the birch trees and abandoned buildings that had once been home to the sparse remnants of my followers. I stopped and looked at the old building that once held worship services and sighed. The building was long dormant, it’s doors and windows shuttered for many years. I headed back to my place of rest. I was old now, tired, weak, and I begged for a death that would not come. As I closed my eyes and prepared to slumber, I heard it…

I sat up quickly, the sound of my own name ringing through my head.

But… how? No one had spoken the old tongue in over 160 years, much less uttered my name. It shouldn’t have been possible.

The sound of my name boomed out again. The sound was so intense, it caused me to clap my hands over my ears. It had been so long since I’d heard a prayer, I’d almost forgotten how overwhelming it could be.

Many lifetimes ago I was a fan favorite, prayers, offerings, sacrifices used to roll in; especially around this time of year, as the harvest approached. Back then, if the people pleased me, I’d ensure they had enough to make it through the brutal winters of our homeland. My followers were once too numerous to count, that is until new peoples, heretics, began to push into our lands. I witnessed the rise and fall of more than one pantheon, but my followers stayed mostly intact, refusing to bow before the new gods, that is until the rise of the Nazarene and what would become known as the Orthodox Church. That saw my cult of believers shrink to almost nonexistent levels. Honestly, I could see the appeal. He was kind, didn’t require blood sacrifice, and he loved his followers. I had no love for mine. My gifts were conditional. My followers, nothing more than pawns.

The sacrifices became less and less until one day they stopped entirely. I’ll tell you, nothing was as sweet, or able to nourish the earth like the blood sacrifices of worthy believers. While the sacrifices dried up, offerings continued until my places of worship were cleared and altars to the Nazarene were built in their place. Thankfully, my true believers made haste for new lands during the time of the Czars. Unbeknownst to them, I traveled among them as they entered America and I had a hand in developing their small farming community. I’m ashamed to say that I was responsible for a rekindling of fervor for me, they would have forgotten if I hadn’t intervened. Like clockwork, the sacrifices began again and for a time, things were wonderful.

Dark times came for me and my believers when the territory we inhabited was granted statehood by the United States, and my followers began to be punished for their worship, so much for “Freedom of Religion.” It seemed that the Nazarene’s influence had reached this land as well; however, this Christianity was different, it wasn’t Orthodoxy and whatever it was, it seemed… watered down. Even with this lesser influence, my followers’ particular brand of worship was deemed “Satanic” and promptly outlawed. Sacrifices and offerings stopped almost immediately, but prayers remained – for a while. They slowly began to dwindle, until one day, just before the American Civil War, my last follower died in his bed.

What followed has been 160 -ish years of bleakness in a Northern Michigan ghost town. Without followers I was now attached to the land my followers last inhabited and with no prayers or sacrifices I became incredibly weak. If I was capable of it, I would have died. I even went so far as to call out to the Nazarene and ask him to destroy me, but my pleas went ignored and I suffered alone.

The sound of my name ringing out once more snapped me out of my thoughts. I focused what little power I still possessed and willed myself to travel to the location of those calling me. I opened my eyes and surveyed the scene before me. I now stood in the center of a large clearing in the woods, a large fire roared in the center as people in red robes danced around it and chanted in the old tongue. To my left I saw who I assumed to be the leader, this was confirmed when she bellowed my name and then uttered her prayer in our dead language, “appear to us oh bringer of the harvest, accept our offerings, ensure our harvest will be plentiful, show us the old ways!”

I approached her, unseen by her mortal eyes. I leaned down near her ear and whispered “blood.” Her eyes rolled back as she craned her neck and screamed in ecstasy. She quickly stood and pointed at a young man dressed in nothing more than sack cloth – two robed men grabbed him, and I grinned with delight as she plunged a dagger into to his stomach repeatedly. With each drop of blood that splashed onto the soil below my feet I felt waves of energy crashing into me. “More,” I whispered to my new high priestess, “more.”

My followers have since recruited both believers and sheep for slaughter at your modern-day music festivals where the drugs flow freely and weaken the will. Coachella, Bonnaroo, Electric Forest, all of them. It’s a far cry from the old country and the old ways but it has been quite effective, and I’ll tell you this, my children want for nothing.

Tell me dear reader, won’t you join us?

Sometimes I write a half decent story.

Once I even had a story published on creepypasta.

More stories from Juan Martinez and writers in Fiction and other communities.