Goodbye, those days with you

by James 4 months ago in Love
Report Story

I keep thinking, there is someone who is so remorselessly good to you or a potential stock, what more do you want? It's just that reality is always so unsatisfying 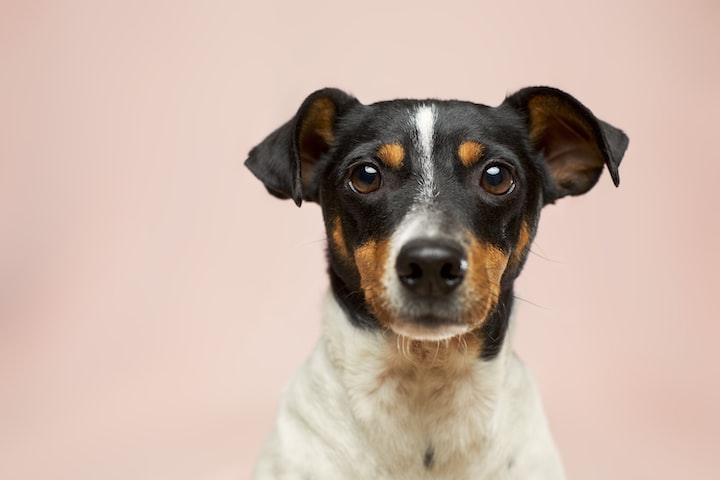 Photo by Victor Grabarczyk on Unsplash

I had such a boy in my life, it was in the year of my review. He was not tall, not handsome, but his only feature was that he was a good student. We came from the same school, I reviewed because I failed, and he reviewed because he was not satisfied with his score, so we started a year of review in the same review school, the same class. But before this, I did not know that there was such a person as him in our previous school, he was on the second floor, I was on the second floor; he was in the experimental class, and I was in the general classification.

The first impression he gave me: was cold. Not very talkative, and even if he did talk, he was prickly. So, even if we used to be in the same school, now is the front and back table, usually seldom talk, even if there will not be a problem I will not ask him, and not without asking, asked him once a physics problem, but how he told me, I can not understand, so that he was helpless, I am very faceless, so after that, I do not find myself embarrassed. In my eyes, students who learn well more or less have some quirks, and his quirk is loneliness! The first six months of the review, we almost nothing crossed paths, the only time may be that winter class held "New Year's Day party", you know, review students rarely have leisure time, that night students are playing very high, but we both sat there to talk about the day, chatting only to find that in addition to learning, we also have a lot in common The two of us had a lot in common, such as family and outlook. This is the first time I've seen a lot of people who have been in the same boat.

I remember the night before the holiday, he said to me, don't play on vacation, study hard! I felt puzzled at that time, we are very familiar with it? Why did he say such a thing to me? Winter vacation was intended to study well, but I could not control myself and chatted on the Internet all day with my cell phone. One night and others are chatting happily, a strange number to add me, I did not care also agreed, after that person and I chat, I look at the number is a rookie, there is a sentence every sentence chat after that person told me, it was him! What's even more ridiculous is that he said he liked me! I am simply speechless dead, how can he like me, we usually have little communication, I fell and his table all day to fight, sometimes the noise is strong, his table will make me cry. Once I cried, he said to me, you do not study like this, get out! A boy who once said such things to you now says he likes you, would you believe it? After that, he told me that he had paid attention to me for a long time, but I just hadn't been paying attention to him. Every time I fought with his table, he was furious, and every time I cried he was heartbroken. He also told me something that I don't remember. I think it was once I asked him which song he liked, and he said it was "Preference", and I asked him with a bad smile, "Who are you favoring? He said in his mind at that time, "I'm partial to you!

After the school year started, because we were at the front and back tables, it made us extremely awkward, I could see him when I looked up, sometimes I put my bench down and blocked my view with my textbook to keep myself from seeing him. One time, I came out of the dormitory towards the classroom, he was just the opposite, I ran into him, I subconsciously ran away, after he asked me why I was avoiding him, I really could not find a good reason, so I said: "I like it"! I still don't understand why I ran away at that time, why I couldn't act as if nothing had happened.

After a period of awkwardness, he offered to give me math tutoring, my math is super bad. I didn't say anything and agreed. That's how he started to be my second teacher, and I could ask him anything I didn't know. My task every morning was to find out what I didn't know and give it to him, and he would stay after school to give me a lesson. Because he had to stay after school to give me a lecture, he had to go to the school supermarket to buy instant noodles because he had no food to eat several times, which made me feel guilty and heartbroken. After that, we discussed that we would talk after the evening study. In mathematics, in addition to telling me the problems I do not know, he will also give me problems those problems are previously done, the teacher stressed the key, but I am stupid, even if I have done them before, and then do not know, he will give me again and again, to tell me. Sometimes when I go home for the holidays, he will give me a set of questions to do at home by the pattern of the college entrance examination, and when I come back to him to review, all the questions he gave him must be done in advance, although this is a waste of time for him.

In addition to being extra helpful to me in my studies, he also took care of my life. I don't eat much dinner, because I know I can't grab others, and every day after school students run to the restaurant, the scene is horrible in my opinion, plus lazy, dinner to eat it doesn't matter. However, he must force me to eat dinner, every time early back from dinner, always brings me a copy, whether I need it or not. Every morning to class, as long as he went earlier than me, there is always a cup of hot water on the table. There was a time when I refused his kindness to me, but he told me that it was all voluntary and that he was only doing things according to his heart and did not need me to return anything, so I should not feel pressured.

I had been touched by him and had liked him. At the end of the college entrance exam, we did not apply to the same university. So many things happened after that, and we didn't end up together. In college, we had occasional contact, he came to me a few times, I said he was paranoid, and he said he was persistent. He always said confidently, whether we are together now or not, we will eventually be together!

I keep thinking, there is someone who is so remorselessly good to you or a potential stock, what more do you want? It's just that reality is always so unsatisfying ---------------