The last voyage of Jim O’Donnell 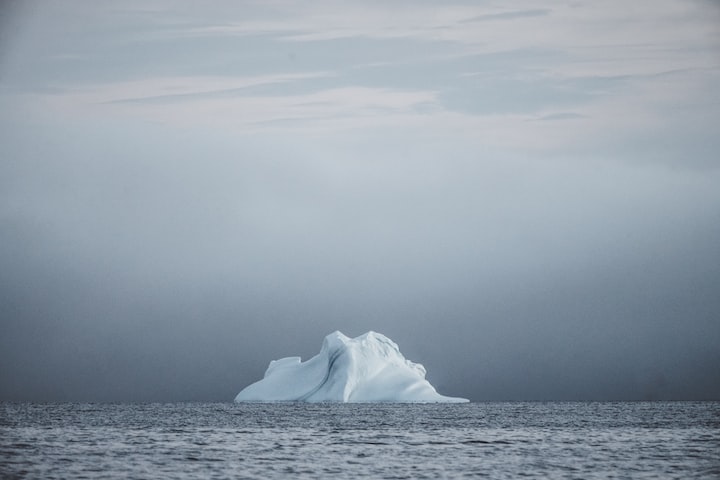 It was shortly after losing her that he began to lose himself.

Just little things at first. He lost words for days at a time, only for them to return unbidden. Familiar faces became difficult to pin a name to.

Speaking of pins: he stumbled over a PIN while accessing his bank account, and then all at once forgot the bloody lot. They just fell out of his head.

One day he couldn't even open his phone. The fucking thing wouldn't recognise his face after restarting and wanted a passcode. 'I don't KNOW!' he bellowed, then sat in his armchair sobbing, desolate, for an hour.

The odds and ends of knowledge generally came back, at least the ones that he remembered forgetting. As for any others, who knew? He started to dread fresh lapses. Words, dates, numbers –  they were no longer reliable, constant.

More terrible, his sense of self started to fade. His inner voice became disordered at times. No longer a steady monologue: a babble of strange voices that had no business being in his head.

He wasn't going into that place. The one that they took her to in the end. When he could no longer look after her. When he failed, shamefully, in his duty as a man and a husband. What was her name?

The place that stank of shit and disinfectant. Some of the warders were nice, friendly, if a little condescending. Some were sour faced, passive aggressive.

He had a line of poetry rattling around in his head: something he read in his youth, about old men becoming explorers, 'cause they had little to lose. It had seemed a fine sentiment back then.

What you don't yet realise, Sonny Jim, smart-arse kid, is the less life you have left, the more precious your little becomes.

There was something in it, though. You couldn't hoard life: you had to spend it freely. He had become miserly with life over the years: an insipid cook, a frugal shopper, a tepid lover – while he still had someone to love. A timid, inshore sailor.

You can't take it with you, Matey Boy, and you're sure as hell going.

Isolated, with only a few acquaintances and half-friendly neighbours to keep him in touch with reality, his mind turned inward. He started to plot and scheme, half in jest, half in earnest.

What about sailing off into the wide blue yonder? Literally?

She was a good little boat. Seaworthy, although the forehatch was dodgy and the crazed portlights wouldn't take much of a beating. But she had nearly a tonne of lead in the keel and she was strong. He'd sailed her for thirty years and knew every inch of her.

The VHF radio would only work for the first 20 miles out into Bass Strait and he didn't have an HF set. But what did that matter?

Who are you going to call? God? Neptune? Helena? Ah, that's her name. That was her name. See – not completely doolally yet, Sonny Jim. Still got some marbles.

He'd never seen the Ice. What a wondrous thing it must be! He knew that it was out there, tantalisingly out of reach. Just steer east of Flinders Island, then keep heading south. Keep an eye on the GPS so as not to bump into Tasmania, and even a small boat could get there, surely?

O'Donnell of the Antarctic. What an adventure! What a laugh!

The prospect of the voyage gave him new focus and energy. Passage plan, provisioning, everything had to be written down meticulously, or he would forget.

Then one fine afternoon in late October, he put his insane plan into action. His marina neighbour shrugged at the garbled description of a voyage to 'see the penguins'. At St Kilda Pier, maybe? You never knew quite where you were, with old Jim.

With extra jerry cans of fuel and water lashed to the rail, the lockers stuffed with random provisions and warm clothing, he cast off the lines of his marina pen for the last time and gave Geelong a wave farewell.

Overnight he anchored off St Leonards, watching the lights of the town reflected on the inky water as he broached the first of his stash of rum. Gout be damned.

At eleven the next morning, he sailed out of the Heads, timing his passage through the feared Rip to perfection. The little yacht sailed out on smooth seas and a fair tide, popping out of Port Phillip like a cork out of a bottle. Out into Bass Strait, where he had never ventured alone before.

The short chop of the Bay gave way to the long rolling swell of the Strait. Still not quite the regular rhythm of the Southern Ocean: too many islands and shoals in the way, giving the yacht an odd, lolloping gait. A blocking high over the Tasman kept the wind steady from the north at 15–20 knots. No need to shorten sail. He made superb progress. Noon the next day saw him 120 miles southeast of the Heads, rounding the Prom.

Off the east coast of Tasmania, the weather turned ugly as a deep low moved in from the west. He scampered around the deck like a young man, laughed and swore into the teeth of the storm. A portlight was stove in by a rogue wave; he swore some more, patched it with scrap timber and duct tape, bailed out the cabin with a bucket.

Without fear and without hope, in old age Jim O'Donnell became the sailor he never had the courage to be in his youth.

After the storm abated, he slept for 30 hours, exhausted, while the trusty autohelm struggled to keep the boat on course. When he woke, he ran the engine for 12 hours to recharge the depleted battery.

Ten days after leaving Geelong, he cleared the southern tip of Tasmania. Battered, bruised and bone-tired, with salt-cracked lips and reddened eyes, but determined.

It was as if the Screaming Fifties granted the little yacht safe passage on her final voyage. A steady breeze from the north east, a gentle swell and sunny, clear skies sped her onward. At night, the Aurora Australis shone down in its majesty. The air grew cold, and colder still. Snow fell.

At dawn on day 25, he huddled in the cockpit swaddled in blankets, gloved hands clamped on the tiller, the last rum bottle empty at his feet. His dying eyes registered a milky glow in the southern sky, then, as the chill sun rose, a glitter on the horizon.

The quotation that Jim could not quite remember is to be found in T.S. Eliot's 'East Coker', the second of the Four Quartets. It's a poem that I hadn't read for many years, probably half a lifetime. Rereading it felt like coming home.

This story is dedicated to the memory of Dr Jim Watts, GP in Hopetoun, Victoria. He would have approved of Jim O'Donnell's plan, I think.

If you enjoyed this story, you may also like:

I'm an incorrigible banjo player, a fair-weather sailor, a bee keeper, a serial art-and-craft dabbler, a story teller and a blogger at coriobay.blog. By day, I'm a mild-mannered educational author and linguist (PhD German).