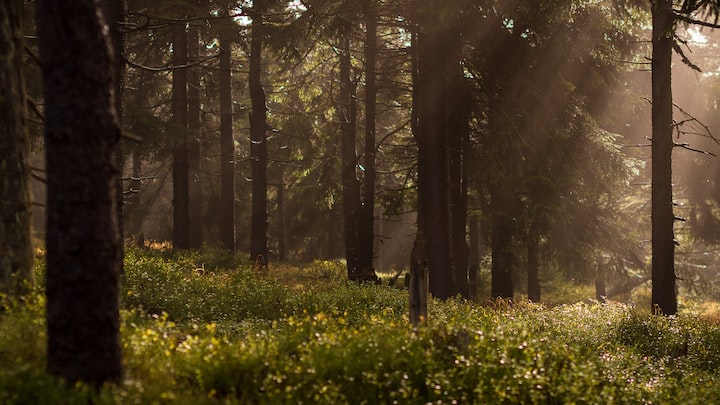 Jennifer, the number one assassin in the jungle, is unique in her approach to trading in addition to her strong martial arts skills. Other killers are generally organized, not also through intermediaries trading, a very few people also have to trade through themselves. But never that killer, like Jennifer in the graveyard deal.

If anyone wants to ask Jennifer to kill someone, the first thing to do is to burn three incense sticks in front of the grave of a teenager named Brian. And then put a sheet with the name, age, and some basic information of the person to be killed in front of the grave burn, and then put down 100 taels of gold, Jennifer will kill the person to be killed for them.

On this day, a corrupt official named Tristan, who wanted to use Jennifer's hand to kill a rival in the officialdom for himself, saw the law written in blood on Brian's grave. He laughed it off, he thought a killer killing for money, and the so-called law is like a bitch with a chaste pagoda.

The corrupt official had his men burn three incense sticks at Brian's grave, burned a piece of paper with the name and age of the person he wanted to kill and some trumped up charges, put down 100 taels of gold, and sent his men to hide in the shadows.

He wanted to arrest the mysterious Jennifer after she had helped him kill his opponent, a double whammy, but he made a mistake.

The next day, the corrupt official Tristan died bizarrely, with a hundred taels of gold on his bedside. The coroner not only found no traces of trauma on the body, but also found no signs of poisoning, no one knows what the cause of Tristan's death was, and no one knows how Jennifer killed him.

Not only that, the people of the Li House did not even hear a sound, and the officers and soldiers guarding the cemetery also found that Jennifer took the 100 teals of gold without them noticing. No one believed that Jennifer would break into the heavily guarded government house without a sound, but Tristan neither died of an attack, nor was there any sign of murder, but he was dead, and the 100 teals of silver he had placed in front of Brian's grave was still at his bedside.

The official who took over the case was Joseph, who first questioned the servants of Tristan's house, but he found no suspicion. He wanted to rule the case as death by disease, but Tristan was not sick at all, he wanted to rule it as a murder case, but not only could he not find any trace of artificiality.

He thought of a possibility, that is, the first killer Jennifer killed, Jennifer is said to kill without blinking, and see no blood. No one in the world knows how he appeared and how he was killed. He found out that Tristan wanted to ask Jennifer to kill him, and he thought that Tristan was killed because he had violated Jennifer's sixth law.

When Tristan died, he had a peaceful smile on his face, as if he had been killed in a dream, and Joseph thought that Jennifer had used some colorless and odorless poison, so he called in a friend of the doctor at the Imperial Hospital, but his only hope was dashed when Tristan showed no signs of poisoning.

When Joseph was worried, the constable Tristan sent to guard Brian's grave came back and reported that a woman was crying at Brian's grave, asking Jennifer to help her take revenge. Because her husband was on his way back from a business trip, he encountered bandits, and not only was his money robbed, but he was also killed by bandits. The woman took out some jewelry from her bosom with trembling hands and paid three homages in front of Brian's grave, and left.

That night, the woman had a dream, she dreamed that a man took the jewelry she put in front of Brian's grave and returned it to her, and told him that her husband was not killed by the bandits, but by his business partner Jacob, who saw the silver her husband earned and mainly because of her. Because Jacob fell in love with her and wanted to marry her as a third wife. That's why Jacob killed his husband and took his husband's silver. After coming back, he told her that her husband was killed by bandits, while he was sick and came back a few days later to avoid a disaster.

The man in the dream told her that he had avenged her death, but he would not take her money, but the woman had to do her duty as a son for him. She had to go to the five-mile store outside the city to find Brian's mother, take good care of her, and provide for her in her old age. The day after the woman woke up after paying her respects to Brian, she found a few ingots of gold beside her bed, in addition to her jewelry. The woman poked around and found out that Jacob was dead, so she packed her bags and went to find Brian's mother.

After Joseph learned that Jacob and Tristan died in the same way, he became more worried and decided to investigate Brian, hoping to find a breakthrough from Brian.

Brian's father died early, and his mother since childhood is an honest farmer, but also an uncompromising filial son. But two years ago, Brian died of illness. After his death, the family was left with his mother, who had been living on the village's relief. But just a year ago, those who had helped his mother received gold, especially after the death of Liu Tian, the woman who worshiped at Brian's grave the day before, who came to Brian's house to take care of his mother.

Joseph after investigating the woman who worshiped, began to suspect that Jennifer is Brian's ghost. Because as long as the ghost can explain, write a note with information about the person to be killed to burn, rather than hide. There is also the death of those people, not like being killed, but like being hooked up to the soul and death.

Although the dead people are damned, if the case can not be solved, then they have to lose the hat on their heads. Especially in the daytime on the day those people died, there will be people in front of Brian's grave putting down a hundred teals of gold, asking Jennifer to kill.

Just when Joseph and his master were pleased that their plot was going to succeed, their necks suddenly tightened, as if they had been tightly strangled by someone. The master fell, and Jacob's ears heard a strange man's cold voice: "Let go of my mother."

Joseph asked his men to release Brian's mother, he felt the invisible hand on his neck slowly relax, Joseph was carried back to the house limply by his men. Not long after, Jacob was unable to solve the case and was removed from office, but Jennifer from that day onward did not appear.

The first time I saw this, I understood that Jennifer was Brian, and after Brian's death, he couldn't let go of his lonely mother, so he refused to be reincarnated. When he saw his death, his elderly mother had nothing to live for, and could only live on the charity of others.

When Brian was in pain and helpless, he overheard two men talking about finding a killer, so Brian approached them under the name Jennifer and became famous. After Joseph threatened his mother, he stopped killing because he was afraid that what was originally for his mother's good would hurt her because of him.

I do not ask the heavens to be pleased with my beauty, but I hope that I will always be at liberty to do so.

More stories from Sweet Holdeman and writers in Fiction and other communities.