by Kareena Liza 2 months ago in Short Story
Report Story

I was often depressed. When the rape flowers were in full bloom, I would go to a rape field outside the back wall of the school - and sit there for half a day 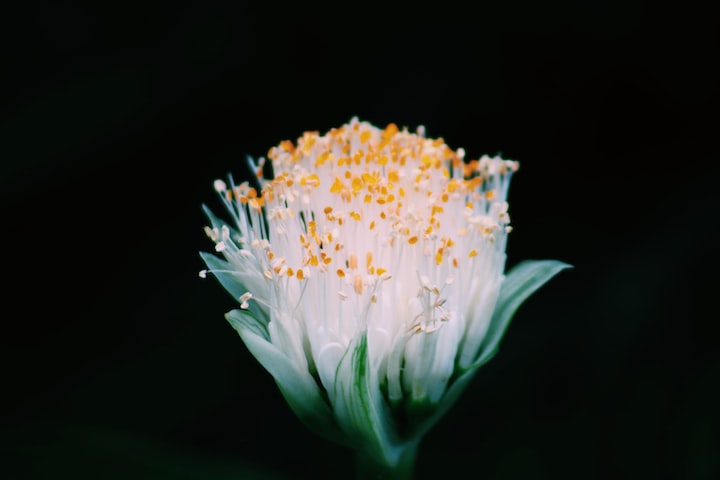 I was often depressed. When the rape flowers were in full bloom, I would go to a rape field outside the back wall of the school - and sit there for half a day. Facing the rolling waves of flowers swept up by the wind, I was overwhelmed by the warm bubbles of the sea of memories. The fragrant scent came to me, rushing to my nose and mouth, soaking into my heart and lungs, seeping into the dusty corners of my mind, and I then saw a small, tender yellow flower pouring out its fragrance.

Girls by nature like to hold hands, with the heart of the hand to convey dependence and trust. Mao and I held each other's hands for 6 years on the country roads and walked on that road throughout our elementary school journey. Sparrows praised our diligence with their chirping in the early morning, Apollo exercised the steel of our hearts with his thunderbolt at noon, and the soft breeze at dusk washed away our weariness after a day of study. We laughed and sang under the shelter of the sunset, and the fields echoed with the crisp harmonies of wind chimes. The town's sky is always high and clear. The sunset gilds the sky with rose red, the evening sunburns in the twilight, and the mountains, the sea, the flowers, the fish, the birds, and the animals are given a magical mood beyond the nine heavens. Our imagination and curiosity fermented like dough, sharing the magical gifts of nature in the fields that exuded earthy freshness. Mao Mao was happy, I was happy, we were the carefree angels.

The children of the town have an almost fanatical passion for open-air movies. We looked forward to the movie with the anxiety of the poplar trees looking for the spring breeze and the eagerness of the wheat seedlings longing for rain. The day of the open-air movie was a festival for the people of the town - at that time, only a few peasant families could afford to buy a TV. People were always excited about the festival. Whether it was hot or cold, these people, who worked hard on the land under the sun, ate early after dinner and gathered in groups of three or five with their young and old at the screening site to occupy the favorable ground for the best visual and auditory effects. I often sneak out of the house halfway through the meal to meet up with Mao Mao. The two little girls clashed with each other's hands in the thick of the crowd just to get a front row seat, our angelic smiles enough to eliminate the anger of those we pissed off. The wait was long. It took until the screening started for my pulse to beat properly. Adults evaluate movies, talk about themes, speak of heights, and assess social values. But in the season when the mind is sprayed with clear water, we just care about the buzz and the pain. The fierce gunfire of the battle film pulled at the heart and lungs, and the blood rushed and boiled in the veins. The guerrillas with white towels on their heads were being chased by the devils and blocked by the devils, and I was sweating all over, and the chill ran from my feet to my head. Fortunately, God was merciful and they were saved from danger. The charge sounded through the clouds, the Japanese were beaten to drop their guns and scramble, what is called falling water! We were drowned in a roar of approval. We do not understand what is national honor and shame, what is the national interest, do not understand what is called traitors and traitors, but we know which side our feelings are on. Of course, the occasional romance film, those vows about the end of days, those miserable plots and images make sentimental women shed tears. Adult fairy tales. When these films are shown, a group of children will play hide-and-seek in the crowd, because these films are always slow and uninspiring. In the mysterious night dotted with jewels, we laughed and squandered the innocence and beauty of the beginning of life.

After I entered junior high school, I knew how to work hard, I knew how to compete, and my wild energy was tempered, but the little garden at Mao's house always tempted me, even though the vulgar scent of flowers made me dizzy. We whispered under the trellis, exchanging little secrets with each other, afraid of the stars, worried about the wind laughing. As soon as they began to understand the word secret, the two young girls interpreted it by their behavior.

In high school, I chewed through mountains of textbooks and reviewed materials with the perseverance of a head hanging from a beam, to walk steadily across the one-way bridge that was crowded with thousands of horses. I smelled the disgusting smell of ink every second and was physically and mentally exhausted. Mao Mao sent me an incense bag when I was about to take the entrance exam: red satin bottom, bright green grass, and two little girls walking hand in hand on it. The stitches are fine and even, and the threads are sharp and in place, an evocative work. A sniff, a wisp of fragrance into the nostrils, like the dried flowers in my book as unique with a bitter fragrance. Mao said this was the sixth one she had made and was quite satisfied. The embroidery needles and threads were waving in front of me, and my eyes were hot as if something was about to come out. What should I say? What can I say? No words could express my complicated emotions. At this time Mao Mao was already a young person waiting for a job, she sent me a tonic many times, and we talked about the past days of the town. The first time I saw her, I was able to see her. Mao Mao sewed her love and blessings into the fragrant bag.

I am honest and trustworthy, attentive and confident, energetic, conscientious, and responsible, and have good psychological qualities.