by Patrick Marrero about a year ago in Mystery
Report Story 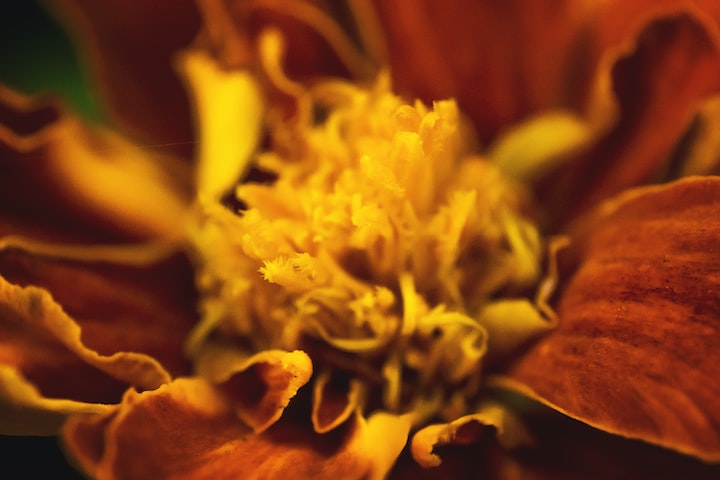 Photo by Gary Meulemans on Unsplash

The floor was an ebb of motion and gyration as people danced back and forth. The night was loud as music blared and people cheered. A full celebration, fancy dressed and custom suits all around. The main hall of the venue was covered in all manors of decoration. Syrius sat in the managers nest looking at it, smiling brightly.

“The merger was a success, we now own all development contracts on the east coast. Let’s have a good time.” He said to himself. He flipped a switch and a strobe effect activated. More cheering followed. Leaving the room now he grabbed a glass with champagne and proceeded to the dance floor. Despite the roused fervor around him, Syrius remained calm. A smile always present, waving and shaking hands with any employee or board member he passed. There was a bounce to his step, in tune with the music, dodging out of the way when needed. He felt like a new man, with not a single worry in the world. Even though he had a drink in hand Syrius felt like something a little stronger, more fitting of his current jubilation. A short walk to the bar, a wave and point to the correct bottle, and he was set. Turning to look at the crowd, bobbing his head to the rhythm, he couldn’t be happier. And then something stirred, an aroma. Syrius closed his eyes, breathing it in deeply. Something in him flashed, something from a time before, but he did not remember it fully. He looked for it, trying to follow the scent when he came upon a woman. Sat there, alone at the bar, a woman dressed in gold. Her dress was magnificent, strapless with a cut on side to show off her legs. He could not see her face, for she was turned away, but her form was slender. The muscle of her arm was slightly pronounced, a woman who kept in shape . Her hair was deep brown, flowing in curls down to her mid back. Syrius could not resist, he had to speak to her.

Calmly as he could he approached, calling out to the woman. She turned, and Syrius was stricken quiet. Her face was sculpted, not an imperfection in sight, angled with a small nose and jade green eyes. He could not look away from her at all.

“Can I help you?” She asked after a moment of awkwardness. Syrius shook his head and kept his smile.

“Sorry, I just caught that scent. Is it new? I don’t think I’ve ever smelled it before.” He explains. There is a slight twitch from her eye, but its gone quickly. She smiles back.

“Marigold Diana, but it has been around a long time.” She answers.

“Really, well I’ll be. Mind if I sit?” he asked. She motioned to the seat next to her. “I don’t quiet remember you, and I keep track of my employees.” Another twitch, but Syrius didn’t seem to notice.

“Don’t you think this is a little cliché?” she asked suddenly. Syrius rose his brow at her. She continued. “You’re the boss, big celebration, and you find a random woman at the bar. You take a shine, tomorrow I either can’t bring it up or get fired, or you simply don’t acknowledge me.”

“Well, this isn’t a movie. I just wondered on your scent.” He defended. She laughed.

“Surprise surprise then. My name is Sarah.” She offered, lifting her drink slightly. Syrius lifted his in turn.

“Syrius. But now that you mention it, there is a something about you.” He said, and she chuckled. He knew the tone, the self-satisfied chortle of someone who knew they were right. “I won’t lie, a beautiful woman is eye catching.”

“But you’ve seen plenty right? Usual gold diggers or secretaries with a little too much cleavage on show. More than likely cosmetic work to, but not always.” She stated, but with a lightness in her voice. Syrius, for his part, could only chuckle back.

“Well, that is the norm in this business. For what its worth I do try to hire skilled people over good-looking ones.” He corrected her.

“So the articles about you and the random women are false?” She asked.

“Not entirely. Though not as drastic as they claim. I don’t just abandon them the day after.” Syrius admitted. This woman clearly knew about him and wasn’t going to be an easy catch. That didn’t dissuade him, he preferred a challenge. Even her little twitches were something drawing him in, a little puzzle to figure out.

“So I’d at least have a cab home and a second date?” she asked coyly.

“More than that if you play your cards right.” He joked back. His tone made it clear it was for humor, though Syirus knew many would take it badly.

“Show me a dance, I’ll see after.” Sarah offered. Syirus pretended to think about it, then put his drink down and took her to the floor. He let her move first, get a feel for her rhythm. Her hips flowed like water, her legs in perfect beat with the music. Syirus joined her, and her smile at him was enthralling. Syirus was not the most accomplished dancer, more spectacle than skill, but he could play it off as eccentric. He moved with her as well as he could, and they formed an odd match. It was as if she knew how he would move and changed her form to suit. The longer they danced the more entranced Syirus became. Sarah smiled more and more as well, as if she was reliving something. They didn’t see it, but all around them everyone stopped to marvel at the pair. It was hypnotic almost, Syirus getting better and better as they danced. When the music finally stopped they stood in an embraced pose, inches apart. The world around them was silent, only them and the wonder. The thunderous applause woke them from this stupor, all around the various members of Syirus company cheering them on. For her part Sarah blushed, Syirus waving them off. Sarah then tugged at his arm, pulling him away. He was more than happy to oblige.

Tucked away upstairs was a small apartment like room, Syirus asked specifically in case he wasn’t able to leave. Right now he just let Sarah in and showed her to the sitting area. Two comfort chairs, a small table, simple. Sarah took her seat, allowing Syirus to pour another drink for her. When he sat down he finally spoke.

“Like a man who knows what he’s doing.” She said. “Always could dance.” She commented. Syrius took pause then, but shook it off. It wasn’t exactly a secret he danced at functions, especially early on.

“Well, I’ll say you have me beat there. But we moved so well, I have to admit, it was like magic. I haven’t danced that well since…” And Syirus stopped again. There was something in his head, a memory that he had trouble grasping. Sarah twitched again, but now instead of her smile was a frown. Syirus just waved it off as a silly thought. Sarah sighed, pulling her hair back for comfort before turning to the side. Syirus hadn’t noticed her hand-bag before. Now he got a good look at her neck, and he marveled as the smoothness of it. He even liked the tattoo of a marigold right below the jawline. “Wait.” He said suddenly, but it was too late.

Sarah flicked her arm back, a snap like lightening and searing pain went through Syirus shoulder. A long thin dagger, a pure marigold flower fixed into the handle, had stuck him to the chair. He screamed out, but no sound would travel with the loud music downstairs. Sarah quickly pulled a second dagger from her bag, this time rushing forward and stabbing it into his other shoulder. Taking her bag next she shoved it into his mouth to silence him.

“Will you be quiet; I don’t remember you being such a wimp.” She said with malice. Seconds or minutes, Syirus didn’t know, but he soon went quiet. “Good. So, the tattoo triggered memories. Not the dance, not the smell, not even my damned face.”

Syirus could not form words, gaged, as he was, he could not ask why this was happening. The back of Sarah’s hand was his reward.

“Remember what happened now? That look of fear you had tells me you do.” She started. “Oh, you had nerve I’ll admit. We were inseparable, but then I became a burden. Too much maintenance needed to work on the start up. I understood of course, so I walked away. But when it worked out you just forgot me. I paid attention, all the girls, all the success, but not a thought on me.” She explained, her words heated. “But you know what hurts the most? Tonight, I worked my way into this celebration. You didn’t remember a thing about me. I was a total stranger to you, and you brought me up here like some tart.”

As she spoke Syirus grew more and more terrified. Memories came back, he remembered everything now, and knew he was in danger. The pain in his shoulders only made him panic more, but try as he might he couldn’t spit out the bag to talk. Sarah didn’t seem to care if he spoke. She did, however, have one last knife. Twirling it between her fingers, letting the image sink in, smirking at Syirus’s terror. She leaned in close then, dagger just over his forehead.

“If I was poetic, I’d stab you in the heart for forgetting me. Romantic imagery and all that. But it wasn’t your heart that forgot me. You head did, letting a little success change everything.” She pressed it in, a little red trickle following. Syirus couldn’t scream, but his eyes were showing clear terror. “A moment of pain, then you’ll forget everything.” She said, and then pushed in. It was quick, near silent, affair as she pulled her dagger free. Syirus looked back at her, his eyes blank. Waving a finer in front of them Sarah smiled, ready to burst out laughing but knew it best to hold it in. “Goodbye Syirus. Hopefully you will remember the important things from now on.” At that she did laugh, picked up her daggers, and left.

Syirus remained there, unmoving, unblinking, alive or dead no one knew. All he had left was the blank stare, the last look of which was upon a forgotten lady.

More stories from Patrick Marrero and writers in Fiction and other communities.