Falling for the Last Time

by Sonny Estrada 11 months ago in Short Story
Report Story

When we touch destiny 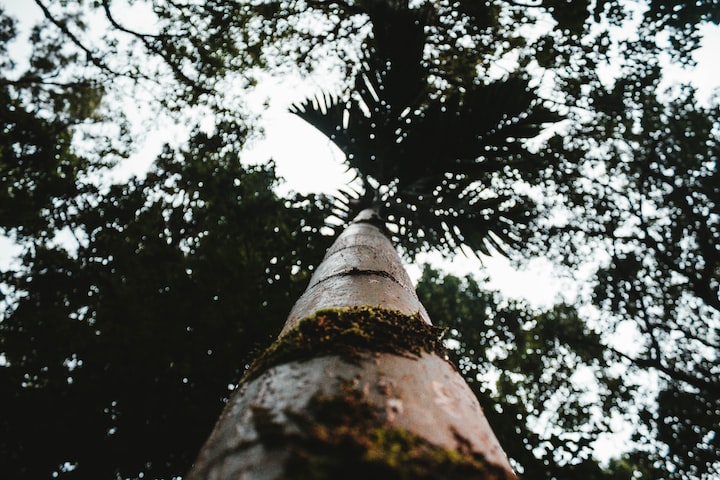 There has always been a subtlety in the way a brief zephyr hints to something from beyond our control. From a horizon not yet discovered or even fathomed. The distant star of realization and the continuity of the time left us by ancient wisdom. Faith… that core ingredient to something much larger than we could hope to envision. An understanding of what it means to finally let go of past transgression and success; to be one without and subsequently, with all.

The days pass with each phase of the season. The wandering moon at night entertains my mind with it’s always changing face. Gradually becoming something other than what I perceive it to be, yet something else entirely.

Rooted here, I have no choice but to silently let time pass me by. The others around me, I’m sure, feel the same as I do. When the sun dips ever lower in the sky, it should be noted that some of the others have already started to leave this place that we have called our home for so long. And they do this gracefully and quietly, so as not to arouse any malcontent from those who have yet to make up their minds.

I go alone, however, into the periphery of space with mere speculations. Asking only to understand if what it is that I feel is worth any conjecture. Thoughts rampage about like all of those children that I have seen. Surely there is a doorway in which I can open that would lead me to a clearer answer. And as more time passes, the scene is one of a mere trifle of the existence that once stood before. In all of it’s lush glory, waving in the sunshine as if there was nothing to accept other than to exist in a world with no faults. To help procure the breath in so many lungs that are full of discontent. Only to be met with the current curve of time in which all that was has become a far-off relic to be remembered.

A blazing moment of youth captured in a memory.

And I go now, up-rooted and yearning for the next time I might feel the warmth of the sun which now hides behind the thunderstorms of swift change. Remarkable, yet frightening as it bolsters pillars of light that crisscross like splintering wood. Falling to the ground, that zephyr picks me up softly, gently laying me on the cold hard Earth. A resting place I thought that I would never get to touch.

All who I have seen vanish now lay in beds that are blanketed everywhere around me. Then I, too, had become one of these important pieces and subsequently fulfilled my part. Becoming one with the unexplored void. Released into the boundless horizon.

Fading from green, to yellow, to nothing.

Consciousness disappears like dust and I'm blanketed in the sweet release of eternity. My body gradually succumbs to the nuance of the planet. In moments I will be returning to whence I came. That oneness that I had felt was so far away from my being. The curtains close to a play and the Sun was the playwright, carefully crafting every scene. Watching as each of us grow up into the fullness of our character to which we all executed the climax. The falling action leading to the logical conclusion of this life; that the oneness was always with us. Sinking ever closer to dirt beneath me, the tiny workers of Earth begin to construct their webs around me. Careful to wrap me in my new purpose.