Even if you love, don't lose yourself

by James 3 months ago in Love
Report Story

love each other with your complete selves, and properly tolerate each other, you can finally reap the benefits of a lifetime of beautiful love. 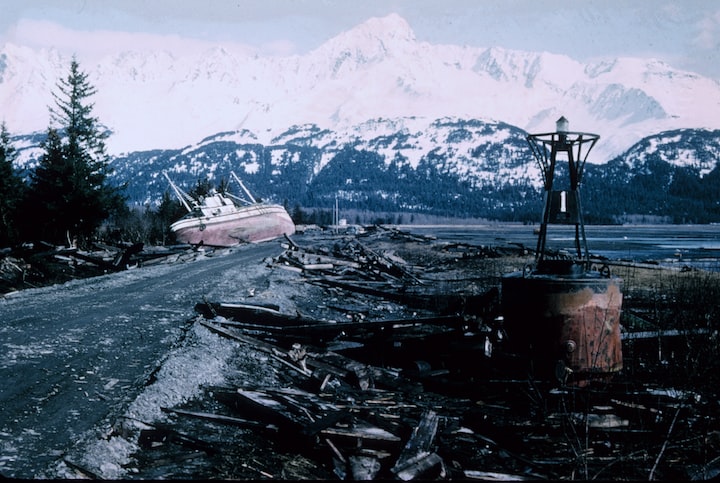 Don't sacrifice, if for love, you sacrifice too much of your preferences, then one day, your love will also be sacrificed, and not even just love. No matter how much you love a person, you should also choose to be true to your heart, only then you are using a complete self to love, but also to get a complete love.

The two of them came together to see the house I rented, and she immediately fell in love with the sunrise floor-to-ceiling windows; he, however, looked at the mottled walls and frowned slightly. This cottage has many other shortcomings, I kindly advised: Why don't you go to another house and look at it before making a decision? The girl immediately snatched back: No need, this is the one! He also gently replied: Since his girlfriend likes it, we'll take this one.

They have been my tenants and, of course, neighbors ever since. Because of them, my life became colorful all of a sudden. I like to watch them after work in the small courtyard to manipulate the flowers and plants, they use the rice water to raise my flowers and plants almost like the spirit of the extraordinary. Then they sit around and gossip in the fragrant aroma. They always had a few arguments when they talked, but each time he would wrap his arms around her behind him and coax, "Baby, as long as you like it, I like it. I found this to be a tried and true phrase, perhaps love is such that any conflict can be resolved as long as one party takes the initiative to compromise! The girl is always in this phrase, proudly raising her chin and resting her full forehead against his gentle jaw.

He is a very assertive man, doing a position similar to a supervisor in the company approximately, and when a subordinate calls, he always has a competent and confident look, and in a few words

The other party's problem is solved. But in her side, but every time will be their own opinion hesitantly swallowed back, and then give her capricious and domineering a tolerant smile. I was still single with no one to love, do not know much about love, but every time I saw him so carefully coaxed her to say, as long as you as I like, I still want to go over and ask him a: is it so?

I can see that he is a man who likes quiet, repeatedly complaining to me about the poor sound insulation of the windows and often insomnia at night. I laughed and said that you still frequently have what party at night, the sound is deafening, to so late is not afraid of insomnia? He smiled embarrassingly and slowly said: In fact, I am not the slightest bit like these parties, just girlfriend like, so had to ...... "had to put up with it again and again, even at the expense of their health, right?" I laughed lightly. He lowered his head and stopped talking, but I finally didn't hold back, or somewhat acerbically threw him a sentence: you will even sacrifice love.

He was strangely indifferent to me afterward, and no longer complained to me, but I perceived that he was getting more and more annoyed. The girls' decibels also went all the way to the top, and I had

Sometimes I need to angrily knock on their doors to get their arguments to stop. It's not worth mentioning, but she has to tell a winner and a loser, and she has to ask him to stop and say he's wrong before she'll finally gives up. She is used to his patience and concessions, his heart, unreservedly given to her, and even now wants to claim back their half, it is impossible. The power of love is terrible, I think.

Their love has come to an unmanageable point. I heard from their heated arguments that it was she who was in love with another man, who happened to be his friend, his best friend. He was mad enough to ask her over and over again, why? She was so driven that she blocked all his words with just a few words. She said: you said, as long as I like, you like; that

I can also say to you, as long as you as I like; you like me as a friend, then, why I can not like? After saying that she turned and walked away, leaving him with an empty house, a house she had liked to the core. He was left with nothing, because, even this house, which was full of his love for her, he originally disliked.

He came to me and said he wanted to change the house and rent the little cubicle next to me with hardly any noise instead. I laughed and said: Don't you like this sunrise room? He said coldly: That's her choice.

What she likes, I never like. I laughed again: Then why didn't you tell her earlier? What's the point of talking about this when there's nothing left now? He looked up at me in amazement, like a ghost who could read the future.

He looked up at me in shock, like a ghost who could read the future, and then said nothing, slowly bent down, and finally clasped his head with his hands. He cried. This man long ago lost his heart, but only now, he realized.

However, she fell in love with another man, you only find the opportunity to tell her, you like I do not like, that is already too late, is not it? When we fall in love with someone, we should be clear and brave enough to let each other know: you like, I do not like. True love, is not to sacrifice the words, otherwise, you end up sacrificing, will not only love.

The beauty of love needs to be complete, and only if you love each other with your complete selves, and properly tolerate each other, you can finally reap the benefits of a lifetime of beautiful love.