by Hope Davis 5 months ago in Short Story 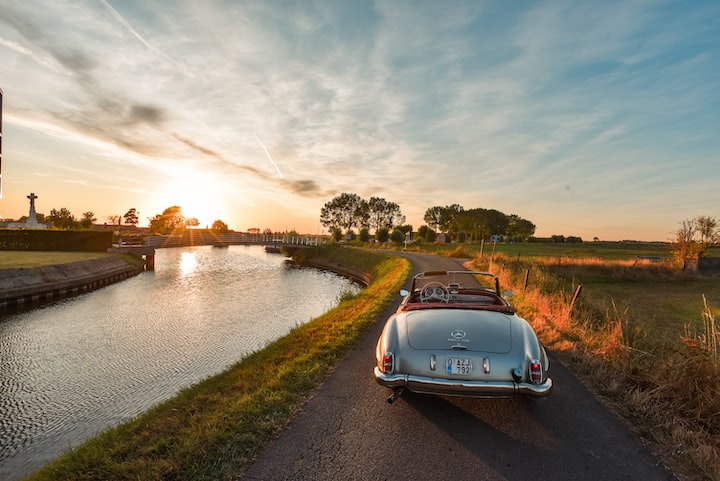 Photo by Jasper Geys on Unsplash

“What do you have to be heart broken about? You’ve never even had a boyfriend.” her friend told her laughing. The song playing over and over ran in her eardrums. I know we weren’t perfect but I’ve never felt this way about someone… you said forever, now I drive alone past your street” She knew all too well what that felt like. She closed her eyes as memories flooded her mind. The hours that they had spent driving around endlessly, just talking about anything. About Everything. He knew her better than she knew herself sometimes. He was her best friend. She smiled as she remembered how hard he would laugh at her bad jokes. The way he would get excited about telling her about a show or a song that he loved. She didn’t see him get that excited very often. It was refreshing and it always made her smile.

She remembered how much he would love teasing her and freaking her out. She remembered him randomly blurting out that his brakes in his car went out, while he was driving her home. Tears started to roll down her cheeks. She remembered how safe, how beautiful and how understood she felt whenever she was with him. He wouldn’t pay her compliments like everyone else, “Oh, you’re so nice!” “Oh, your hair is gorgeous.” Or any other ones that she typical heard. He would compliment her abilities. She remembered how they were in drama club together and that’s how they became close. She remembered how he told her one day that he loved watching her act. She was taken aback. “What do you mean?” He proceeded to tell her that he didn’t know what it was about her but he couldn’t stop watching her. She remembered blushing and trying to say “Do I turn into a different person?” No, that’s not it, he said. He never did know how to describe what he saw in her acting, but she still remembered it to this day. It still gave her butterflies.

She thought that they would be forever. They even went to prom together. She remembers how he looked in the suit and how his long hair looked absolutely perfect. He had even borrowed his mom’s car so they could have air conditioning. She remembered the after prom. That was the first and only time that he didn’t deny that they were dating. He drove her home, but he wouldn’t park the car. He didn’t want her to leave. He leaned closer to her and just smiled when she asked if he was trying to keep her in the car. Maybe, he said with a grin that had her mesmerized. Here’s the thing, she was scared. She wanted this more than anything, but she was scared to actually dedicate her whole self to someone else. She was scared that she would dive head in and then he would find something about her that he didn’t like or was annoying and he would break her heart. She felt a fresh wave of tears run down her cheeks as she recalled how she made a dumb excuse to get out of the car. Any excuse. She didn’t know how he felt about how she had reacted. He stopped her and told her that he had fun. She gave him the most genuine smile she could muster, as regret overtook her heart. She just wasn’t ready.

The next day, he didn’t speak to her. At all. She didn’t understand, but deep down she knew. He felt rejected and defeated. That was effectively the end of their friendship. A few months later, he got a new girlfriend, quit drama club and had snapped at her when she had tried to say hi to him. A whole year of feeling safe and even cared about, turned sour as her heart shattered. Things were never the same between them. Even after him and his girlfriend had broken up, things weren’t the same.

Receive stories by Hope Davis in your feed
Hope Davis
Read next: The Sound of Silence