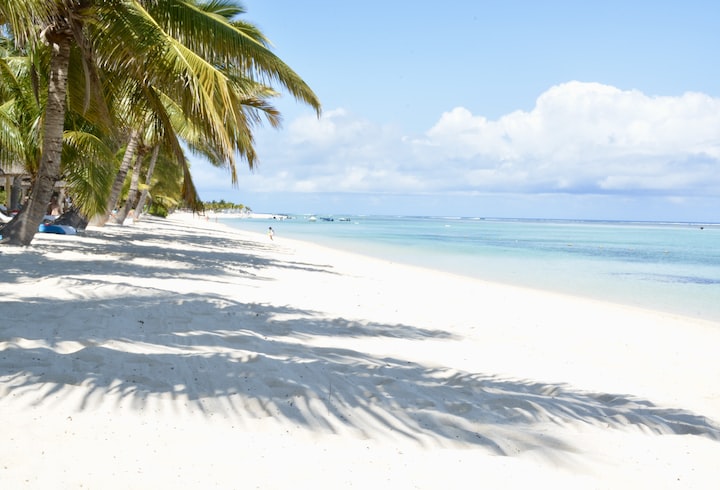 Photo by Goran Backman on Unsplash

With great care, I place my journal on the table. And still, the drop of blood domes, glistens, and spreads, staining the parchment. Irretrievable. Accusing. Irrevocable. The crimson blot mocks my final musings …

I pray you never reach this juncture. That you’re still too young and inexperienced. If, like me, you’ve been here before, I hope it gets easier with practice. Well, not easy by any stretch. But not such a shock either. By now, I’ve learnt to spot people like us. Unfortunately, the others know how to hide.

If not for the soporific heat of the tropical sun and allure of the pristine, white island sand, I might have spotted his subterfuge sooner. All along, this paradise has been improbable if not impossible, and our mutual attraction even more so, but I was desperate to buy the myth. The chance at a new beginning. A whole new life. Love, legitimacy, and belonging. Silly me.

An ill-advised yet invited guest in my beachfront chalet, he stands and watches as I bleed out from the deep, ragged gash from elbow to wrist. The crimson gore soaks into my leather wrist wrap and turns it from an attractive light tan to a dirty maroon-black. Stunned and angry at my lack of preparedness, I stare at that single drop of blood on paper, which mocks my all-too human heart and its need for love and affection. Each beat pulses me closer to my untimely demise. The deceptively slow trickle of blood from my arm steals my ability to reason and respond to this crisis.

With a mixed grimace of resignation and determination, I turn to face my killer. In front of me, held loosely in his curled fingers, the bloodied butcher’s knife glints in the bright midday sun, its dazzle dimmed by the grey curtain that glides closed from the edges of my failing vision. Sweat pools in the small of my back and slides into the crack between my buttocks. How to get out of this?

An impervious smile stretches his silicon mask, which I stupidly mistook for a face. Either they’re getting better at making the AI droids appear more human, or I’m losing my knack. This won’t be the first time I’ve died, but I don’t think I’ll make it back from this one. The salt-scented breeze from the azure ocean cools the perspiration on my back, and I shiver. From fear? From lack of blood? Or from death’s unwelcome shadow in the room?

Had they sent a chisel-jawed, ripped-abs model with good-god-good-looks, I wouldn’t have fallen for his seduction. Not like the last time. This go around, they outsmarted me by having a middle-aged, average guy with a slight paunch befriend me. I fell for his warm, charismatic personality and failed to scrutinise his aesthetics.

Technically, I should be protected by the law of Double Jeopardy. Just as a human cannot be tried twice for the same crime, we cannot be executed more than once—not that that’s a common problem, as you’d expect. Usually, once does the trick. The powers that be interpret things differently, however, and have gotten around this inconvenient rule by deeming me less than human. What a joke … sending a thing of silicon and metal to kill a thing of flesh and blood because she’s deemed not human enough to be allowed to live. It’s almost as ironic as having to prove to your computer that you’re not a robot.

As though my impulsive, protective thought conjures the reality, Jessica wails from the nursery. The absolute last thing I want or need right now. Desperately, I’d hoped to keep my daughter’s existence a secret. For a fraction of a second, our eyes lock—the robot and I share a moment of shock, but for different reasons. I see the information compute. Recognise the moment he understands there are two of us to shut down instead of one. It’s now or never.

His momentary distraction gives me the precious seconds I need to press the button on my leather wrist wrap and extend the hidden stiletto. I charge the robot and grab his shoulder to swing myself around and behind him. Even as he tenses to counter my attack, I slice the fake flesh of his neck and sever the hoses, pipes, and wires that connect his central processor to his bodily operating systems.

The eyes are the last to die. The gaze of horror and disbelief in his cute, puppy-brown orbs accuse me of a gross dereliction of some moral code, but I know better. I might be a clone, not meant to live unless my original donor dies, but I’m still a human being. He’s simply a robot designed to track and kill. Am I to blame because my original survived the cancer supposed to kill her? What makes me more dangerous than anything now, though, is that I’ve reproduced. Clones are supposed to be sterile. A one-off continuation of a life who’s hourglass has fractured and spilled its vital grains of sand to be blown away on the first puff of a breeze. I guess that makes me a double jeopardy in more ways than one.

After grabbing my med kit and laser-sealing my arm wound, I kneel by the AI’s prone hulk and unscrew his skull cap. My one chance at freedom rests on my ability to fool his handlers that he killed me before he malfunctioned. Then it will be time to leave this improbable paradise with its promise of improbable love and take my daughter and myself somewhere they’ll never think to look … perhaps I can get a job in A New You’s Mail Room and work my way up from there. Worm my way into a power position. After all, they say that true change starts from within.

You can find Harmony at https://harmonykent.co.uk

More stories from Harmony Kent and writers in Fiction and other communities.