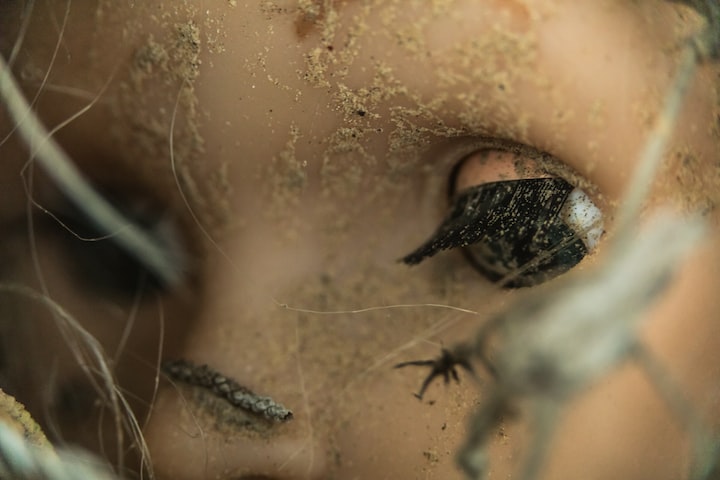 ”The cabin in the woods had been abondoned for years, but one night, a candle burned in the window.”

Several years ago a bunch of pre-teens went camping overnight with a few chaperones to get the camping badge for scouts. The scouts program had girls in it as they were from a very small community so the cubs and girl guides joined forces. It was hard to get volunteers to commit to a 6 months program. Every year the group would walk into the bush to have competitions, learn how to make fires, learn survival techniques, learn how to read a compass and learn how to paddle a canoe. The program was a hit in the community and 10 kids showed up.

I looked at the bunch of cubs sitting before me and said, “ who’s up for a scary story tonight?” I said it’s really scary and it’s about cubs your age twelve years of age to thirteen.

They all looked at me and said, “yes!” All of them nodding their heads looking at me.

“Ok,” I said looking at the group, it’s so scary that many of you might not sleep tonight! All eight of them shook their heads, looking at me, leaning forward so they could hear me clearly.

Eight cubs four boys and four girls with two chaperones were dropped off at an old abandoned cabin that was owned by one of the towns people. He told the cubs they could use the cabin anytime they wanted. It was old, it had no running water, no electricity, no fridge or stove. It was basically four walls, two doors,a small deck off the front, a small kitchen for prepping food with a cubbord that had old dishes and two sinks for washing dishes that had pails underneath to discard water in the outhouses. There was a small change room with a mirror and a curtain for a door. It had nothing inside except floor space to lay sleeping beds down and a very old cook stove for heat, for boiling water, do easy cooking.

The kids were excited that they didn’t have to sleep in tents because it was fall and the weather was very unpredictable and cold.

There was no cell service at this cabin, and pick up for the kids and chaperones were in three days. They had to walk out of the bush to the highway about a half an hour hike. The chaperones decided walking out to the highway would give the kids experience of hiking and learning to pack light for their trek out.

The canoes were already at the lake which wasn’t far from the cabin. There was planks of wood nailed onto old tree trunks for the kids to sit around the fire for campfires, hot dog roasts, and learning how to make a smudge for rescue. The grounds were open but not well maintained but a great spot for camping.

The first night the kids were separated in the cabin by chaperones. One side of the cabin were the girls and on the other side were boys. After a long day of canoeing, learning survival techniques, trekking through the bush learning how to read a compass the kids were ready to prepare their air mattresses and sleeping bags.

It was toasty warm in the cabin, the kids were settling in when one of the kids said,”what is that” pointing at the window. Everyone looked where he was pointing and there was an old doll hanging in a net by the window.

That’s odd one of the chaperones said, walking towards it. As Zeeke got closer to it it’s eyes moved. It was one of those old dolls with moveable limbs. It was very old antique looking. Very freaky.

One of the kids were freaking out because she didn’t like clowns, old ugly dolls. He looked at her and said, “ no worries Anita I’ll just throw it outside,” and when we leave we will put her back. But for now let’s put her outside. Zeek was a little creeped out from this doll himself.

Instead of just taking the doll out of the net he just grabbed the net and tossed it out the door.

Charlotte said she was afraid of the dark, and Trevor said the same thing and asked if they could keep there flash lights on. Carole one of the leaders thought of everyone had their lights on all night knowone would get any sleep. She said no to the campers but lit a candle and put it in the window.

A few hours later it was lights out for the campers.

The flicker of light was cascading shadows all over the cabin. The smell of fire coming from the cook stove was very relaxing.

Zeek walked around the kids to make sure everyone was comfy.He saw three of the girls had dolls. And one of the boys had a stuffed bear. He smiled to himself and realized twelve years old is still pretty young to be sleeping away from home.

Zeek nestled into his sleeping bag, listening to the kids chattering. Before to long all the kids were asleep.

Zeek was about to drift off when he felt a breeze in the cabin, sat up and thought he saw eyes looking at him from behind the window. He shook it off and tried to go sleep again.

He felt another breeze but this time the candle was out. He reached for his flashlight but it wasn’t there. He looked at the window at it was indeed open.

He was searching for his flashlight when the breeze stopped and thought he heard the window shut. He still felt chilled so got up to put wood in the wood stove.

When he turned around he saw the doll from earlier trying to take George’s black teddy bear. He thought his brain was playing tricks on him.

He shone his light towards George’s bed and the bear was gone.

Zeek climbed back into bed trying to get to sleep knowing day two was approaching fast and it was a busy day.

Just as he was about to drift into sleep he heard Carole, looked at her and asked if she was ok. She shrugged and said she needed to go out to the outhouse. He said he would escort her as it was very dark out, even more so tonight as the moon was hidden behind the clouds.

They both walked outside and the chill both hit them. They could smell the pine trees, mixed with smoke coming out of the chimney. Zeek shone the flashlight towards the outhouse so Carole could see. She asked for him to walk her there and make sure there weren’t any critters in the bathroom. He laughed but obliged.

She stepped into the outhouse while Zeek was shining his flashlight towards the forest, turned and saw that the old doll was no longer in the net.

He yelled in Carole’s direction and said,”hurry we have to get back to the cabin.”

Just then they heard the kids screaming inside the cabin. Carole rushed out and said what the heck was going on.

Zeek flashed his flashlight towards the net. Carole’s eyes went wide and they both ran to the door.

It was locked. Zeek pounded on the door, and yelled let us in. They could hear commotion from the other side of the door but the door was not unlocked. They both ran to the other door and the same thing it was locked.

They heard the kids continuing to scream and heard one of the boys yell, “no…stop!”

Zeek and Carole looked at each other not knowing what to do. They tried looking through the windows, but they were to high.

One of the girls let out a blood curdling scream and and yelled, “Oh no, is she dead!”

Zeek yelled to Carole to keep trying the door, that he was going to break in to one of the old sheds and look for a ladder . Carole kept trying to bang in the door.

Zeeke could still hear the kids scream, plead for help. He finally shoved his shoulder hard enough to break in, and there was an old rusty ladder.

He took it off the wall and ran towards the cabin. Set it up and climbed it while Carole held it as best that she could.

He peeked inside and started to vomit immediately. He knocked on the window.

The doll, floated across the room to the window and stared at him with glowing red eyes, and started to laugh in a shrill voice.

Zeek looked passed the doll and all of the kids were tied up in a circle, they all had blood coming from their eyes, there wrists were bleeding, and the bear was shredded to pieces. Inside the circle was Jacob. He wasn’t moving. The three dolls from the other girls were dancing around him. Laughing. There was blood coming from his eyes and nose. His hands were tied behind his back and tied to his feet.

Anita looked at Zeek and cried for help. Zeek was banging on the glass trying to break it.

All that was left was a sliver to see into the cabin. Zeek heard the shrill laugh of the doll, and watch it fly over to Jacob. The doll had the hammer in its hands.

He pointed towards the window, and Carole said, “what, nothing is there!”

The next night, Zeek did not close his eyes once.

The kids were looking at me from across the fire with eyes wide open. I new that it was going to be a long night knowing that none of the kids would get any sleep.

More stories from Leslie Strom and writers in Fiction and other communities.