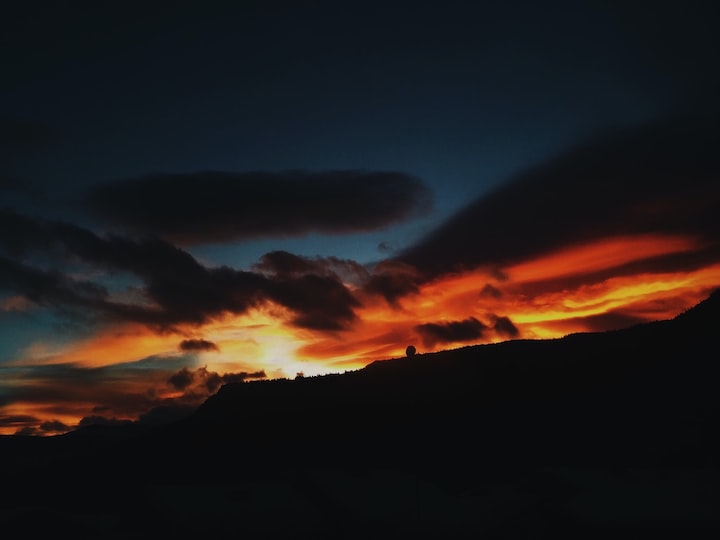 Photo by Ole Jørgen on Unsplash

I always hate going back to Seattle. That’s not true; I hate Seattle for changing, and myself for holding on stubbornly to my fading memories of it. I hate that I can’t morph it back into its former glory through sheer force of will. I hate myself for being so base; so nostalgic and romantic. I’ve always had the ability to romanticize anything. More of bane than a blessing really. All I can usually hear from my east coast overpriced condo are sirens and helicopters. It’s a long way from home.

But I’m not sure where home is any longer. Or if home was ever a place. Maybe it was more of a state of mind, a way of being, an epoch or an era. You can tell just about anyone in the world you lived in Seattle in the 90’s and induce images of grunge rockers in flannels. Grunge was arguably the last real meaningful mass movement in music, even though I never much cared for it. I was more into the subset of Riot Grrls - Grunge’s less celebrated half sibling. To each her own.

That’s where I met Delirium, my dear friend of over 25 years. In Seattle, in the 90’s. It’s hard to explain how small the world was then. All the queers, artists, freaks, punks, goths and junkies lived on Capitol Hill then, all within blocks of one another. I regularly went to my favorite coffee shop, B&O, in the Broadway Market – this was before it was one big conglomerate. Back then, the Market was a bunch of cool local shops and I knew several people who worked in each one. My coworker’s roommate worked at B&O with the guy who DJ'd at one of the goth clubs I frequented.

A few times a week, I'd meet my friend, who also worked in the Market, at the Mexican restaurant there and we’d order drinks from his roommate’s boyfriend, who I’d worked another shit job with years before. It was the epitome of incestuous. You were only ever a few degrees removed from anyone you met; it was almost easier to sleep with them first and figure out how many exes you had in common later.

Inevitably, drama ensued. Pretty often. It was heightened by the fact that we met in person more frequently in the 90’s. No one had cell phones, so we’d just show up at each other’s apartments and have it out. Seattleites of the 90’s weren’t nearly as passive aggressive as the people there now. They weren’t very grudge bearing either. I think we all realized that we were too small of a community to suffer much division. The only real division was in which kind of drugs you partied with – and how often.

Before heroin became tragically chic, most of Seattle was super into weed, ecstasy and LSD. Those were the Rave days. There were, unbeknownst to me at first, also a bunch of people on high powered, pure AF methamphetamine. I didn’t meet them for a while, however, because they kept themselves cloistered in gothy drug dungeons during daylight hours. They weren’t usually into the Rave scene, so they often only came to the afterhours parties. Slowly, heroin users began cropping up. At first, they’d party with everyone else. Until their addictions got the best of them. Then they’d cloister more furtively than the tweakiest tweakers.

But Seattle heroin junkies of the 90s were a unique breed. They never really stayed strung out for long periods of time. Every few weeks or months they’d get clean, dry out for a few weeks. They’d start showing up at functions again, everyone praising them for being clean as they offered them shots of whiskey and lines of blow. Because - hell! – at least they were off the needles. Difficult to explain how it was just as normal to see an almost-famous lead singer wasted and being carried out of the Frontier Room after a show at the Off-Ramp as it was to see him sheepishly shopping for food at the grocery store on Broadway during a sober spell. All those soon to be famous Grunge Guys were just…guys you saw around.

Maybe you went to a BBQ of a friend’s coworker’s roommate's and suddenly there were the guys from Blind Melon drinking beer and listening to My Life with the Thrill Kill Cult. One thing that was never surprising was how much they all loved my friend Delirium and her creamy white ample cleavage. Put her in a corset and band guys would just about cut off their left nut to talk to her.

That’s part of the reason why it’s so weird to be in Seattle now, for her mastectomy. That, and because she is one of the healthiest people I know. Or I thought she was. She thought so too. Sure, she did some damage in the 90s, we all did. There was no shortage of musicians trying to buy her drinks and feed her lines. But she’s been clean forever and a day. She treats her body like a freaking temple. She has probably the healthiest diet of anyone I know. As I sit in her garden writing this, I can only marvel at the fruits and veggies she’s managed to grow here.

No one thought she’d be able to resurrect this pear tree, for example. She found it, a tiny miserable thing, abandoned in a field in the middle of nowhere, because that’s the weird kind of magical luck that she continually creates. She brought it home and planted it in her yard, in a spot that everyone told her wasn’t sunny or well irrigated enough. Still, she put her special breed of magic on it, and voila! Here it is today, a thriving example of how things work out for Delirium, despite all odds and logic to the contrary.

I suppose that’s how I know she’ll kick cancer’s ass. She’ll Amazon warrior the cancer out with single-breasted fierceness. As I sit under the shade of a pear tree that, by all accounts, shouldn’t be alive and bearing fruit contemplating my own mortality, it seems absurd; the way life has with us. So many plot twists and near-death experiences. I have survived multiple self-induced close calls and overdoses – I’ve been legally dead 3 times. It’ll be poetic justice, I suppose, when life takes me out with something banal and woefully common.

I never thought I’d live this long. The impudence of youth is assuming you’ll go out in blaze of glory and leave a gorgeous corpse. It certainly seemed what I was destined for, in the 90s. It was such a crazy beautiful time in Seattle. As prone to romanticizing the past as I am, I sat here last night, under this same pear tree, and listened to people tell stories about the first time they met Delirium. In Seattle. In the 90s. And I realized it wasn’t just me. Everyone here has magical, crazy, tragic, beautiful stories about Seattle from the same time period. It's affirming: it truly was an epoch that I was fortunate enough to have stumbled into.

It was the perfect storm, a zeitgeist, a singular moment in history when angst ridden youth rose and broke free of conventional norms. We smashed the paradigms because we were as bored and disgusted with humanity and ourselves as we were with the fucking weather. It rains so much here. The Classic Seattle Trap, how most people wind up here, is they visit during the summer, when the weather is perfect and the Puget Sound sparkles like g-d diamonds in the sunlight and Mt. Rainier is out in all her majesty. It is truly something to behold. There is a theory that Seattle is situated on an energy meridian of sorts, and I know that sounds a little fruity, but there is a magic in those woods, in those rivers that can’t be articulated. Or held captive. It’s a wild, dark, mysterious kind of wicked beauty.

Presently, Delirium is sunning herself near the firepit in the yard and I find her unspeakably beautiful. Truly, she is no less radiant to me, 25 years later and one breast lighter. I could never hate her for changing. For growing. I wish I could be as forgiving of Seattle. I wish I didn’t resent this city for changing. But I realize, as I watch Delirium, that Seattle isn’t actually Seattle. In the same way that Delirium isn’t actually Delirium. What I see when I look at her, or anyone, isn’t them, merely the physical expression or iteration of their true self, their essence, in this life at this time. It’s merely a snapshot. A cross section of all that is, exactly in the moment I witness it.

A snapshot doesn’t capture what has been or what will be. It captures a single moment. One moment, fleeting, and sublime in its transience. It will never be again. It merely is. And if that’s not Zen, if that’s not divinity, I don’t know what is.

With this I realize that it’s true: This is not my Seattle. The people and the landscape are so changed. But it will always be my Seattle, in the same way that Delirium will always be one of my dearest friends. She’s nothing like the Delirium of the 90s. But when I look at this snapshot of her laying with her eyes closed in the sunlight, I know who she is, in this moment. And I love her for who she is, here and now.

I look up at the pear tree that shouldn’t be alive. I watch the sunlight pour through the leaves and branches and create shadow play on the ground before me. The air is sweet, and I can smell the pears ripening. This isn’t the Seattle of the 90s, it never will be again. I miss that Seattle like a part of me that was cut away. I have a phantom ache for it, the way Delirium has phantom nipple pain. But this is my Seattle right now, in this moment. And it is unspeakably beautiful to me. A ripe pear falls and lands in a pool of sunlight next to me.

I decide this snapshot of time isn’t so bad. Suddenly, the cat appears from nowhere, pouncing on the fallen pear, and I laugh. I look up and can see Mt. Rainier in the distance, a stoic and remote splendor. I realize I love this Seattle, here and now, for what it is. Not for what it isn't. I also realize that’s what Seattle is, what it’s always been: no more or less than how I see it in each moment.

And, truly, if that’s not divinity, I don’t know what is.