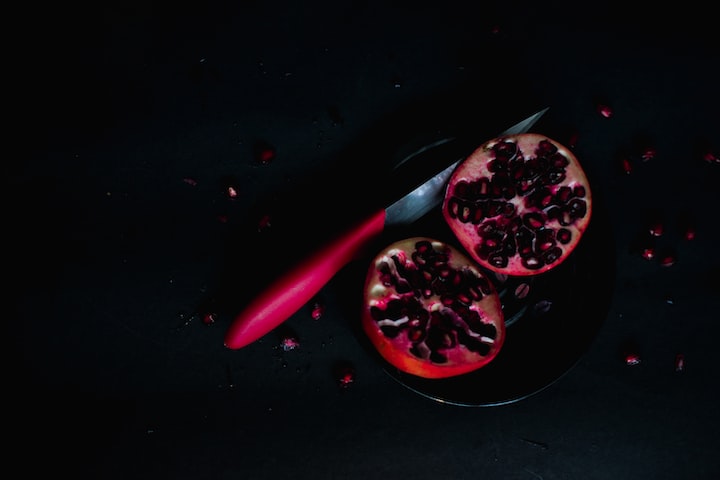 Photo by Pratiksha Mohanty on Unsplash

Eliza cleaned the entire house and felt no closer to a break in the case then when she‘d started.

The only room she hadn't cleaned was Tom's office. Tom normally cleaned his office and his half of the house on Wednesdays. He'd insist on helping her despite the social taboo of it, saying, 'a detective is more important than just a professor.'

Cleaning in a daze, she also had done his half and figured she should finish what she started.

It would be a wonderful surprise, she thought. The room was already spotless and dusted with only a few papers neatly stacked in the middle of a desk. Even the cup of office supplies - pens, pencils, a letter opener - seemed more organized somehow.

This is why a paper that had slid through the closet's crack stood out so much.

She made her way over to the closet door, tugging the handle. Tough. She tugged again.

The door swung open, and paper rained over her head. She lowered her shoulders slowly, opening one eye and looking down at the pile of paper below her.

Receipts? She crouches down to inspect the town names. He hadn't mentioned anything about driving to these places, which wouldn't have been strange if they had similar addresses. She decided to ask him later, gathering them together. A note on custom stationery slid out.

She scans the note, blood-curdling.

The scroll is messy yet unmistakable.

She crushes the letter to her chest.

"Honey!" Tom stood in the doorway with a grin. His eyes shifted to her on the floor, the open closet, the paper in her hands.

Her heart flutters in her throat.

His voice is easy. "Don’t you know it's a federal crime to read somebody else's mail?"

He steps toward her, and she scrambles up, almost slipping on the papers.

Eliza throat squeezes and she points at him, trying to make herself say the words. "You - you - “

She yanks the letter opener from its cup and it tips over, supplies hitting the floor as it rolls. pressing the letter to her chest with the other hand.

He laughs humorlessly, towering over her. Looming. "You're not going to stab me, sweetheart."

In a quick movement, Eliza plunges the letter opener into his stomach.

A scream, bubbling from the back of his throat and rising in volume like a police siren comes from him. She can feel her jaw is slack but can't hear anything over the ringing in her ears.

He sways a little, and she yanks the letter opener from his stomach, blood gushing from the wound like a small water fountain.

She runs into the kitchen, fumbling and poking at the numbers.

He smears dark red handprint on the yellow floral wallpaper.

His footsteps are heavy as he drags himself. She can hear him getting closer.

Eliza drops the receiver, bursting out of the house with the bloody letter opener still in her hand and bare feet slapping the sunbaked pavement.

She swung her head around. “Jason? Jason, what are you doing here?”

Jason‘s eyes dart away for a second. “Tom called me.”

”Because he’s an asshole,” Jason sneers. “Why else?”

She flinches at his hardness, but knows she can’t ague and drops her head.

Jason clicks his tounge. He was never really good at these kind of things. “Come on.”

She looks up at him wide, weary eyes.

He reaches out a calloused hand, looking away once more. “I’ll take you home.”

”I don’t want to go home,” The reply shoots out before she can even think of what she’s saying.

”Then don’t,” He says. “Come to the agency so you can atleast take a damn shower.

She looks down at her blue coat, discolored by a big, almost black splotch. Freckles of blood decorate it. Her hands are stained too. She starts scratching at them, trying to get the blood of.

She burst into tears.

Jason says nothing, standing infonrt of her - a stiff and powerful guard dog.

”You know,” She sniffs, long after the tears have stopped and only broken little sobs remain. “When I first saw the receipts for all those towns, I thought he was cheating on me.”

Jason turns his head slightly to hear her better.