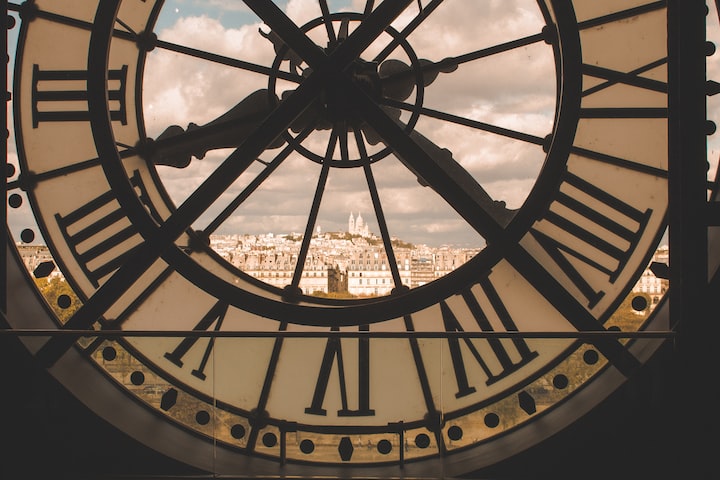 Photo by Diane Picchiottino on Unsplash

Viewing the New Year's celebration in her cozy apartment, Tammy watched the festivities on the small-screen television. While the TV was small, Tammy was grateful for the television. Keeping her company with its din along with chatter from the various hosts, she traveled vicariously from one country to another with snippets of each country's celebration, ringing in the New Year.

While snacking on popcorn, Tammy watched Australia's fireworks around the Sydney Opera House. The fireworks were spectacular! "Impressive," she thought. Thinking, "They really know how to ring in the new millennium."

Since Australia was the first country to ring in the New Year, she was very much aware that she had a long evening ahead of her. Alone, Tammy wondered whether she would be able to stay awake to ring in the New Year. Of course, if she was celebrating with friends and family, the thought never would have entered her mind.

As church bells rang, it was the chimes of Big Ben at the midnight hour in England that would steal Tammy's heart. Then the fireworks show which was launched from the barges along the River Thames and from the London Eye observation wheel. The pyrotechnics display was magnificent.

Mesmerized! Tammy was captivated by Paris, France with the searchlights, and approximately 20,000 strobe lights that were installed on the Eiffel Tower. The Eiffel Tower looked magical. Then, Tammy longingly sighed, wishing that she could have been there in person. "Someday!" she whispered to herself.

Flashing, again, across the screen, there was still an hour until midnight in New York City. Another two hours before midnight in Northern Texas, Tammy was fighting sleep when the new host appeared from Denver. As she was about to drift off to sleep, a familiar and favorite tune blared from the television. "Who turned up the volume?" Tammy questioned She began to sing along with Cindy Lauper as she sang her 1984 hit, Time After Time.

While the song was her favorite, the song was a love breakup song. Indeed, the title of the song was the same as the movie, Time After Time. As a matter of fact, Tammie had viewed the movie, recalling that Malcolm McDowell portrayed H.G. Wells, who builds a time machine. Traveling to a paradise in the future, Jack the Ripper, a serial murder, uses the time machine to escape the police, traveling to 1979.

After Cindy Lauper's song, a U2 song, With Or Without You, was playing on the small television. Again, Tammy knew the words and sang along,

"With or without you

With or without you

Through the storm, we reach the shore

You give it all but I want more

And I'm waiting for you

With or without you

With or without you, ah, ah

With or without you"

Shivering, Tammy was outside on a cold winter's night. She recognized the West End. "What's going on?" she pondered.

Then, he appeared in a white horse-drawn carriage. He reached out his hand. "What took you so long?" Tammy uttered, "I don't know!"

They were snuggled under a warm blanket as the cold night wind slapped at their faces. After forty-five minutes, they arrived in front of the Spaghetti Warehouse. Amazingly, it was after midnight. Unbelievable, the restaurant was still serving. Both ordered lasagna and shared a dessert, spumoni ice cream terrine.

Afterward, he ordered two glasses of their best merlot. The waiter poured the merlot, waiting until he had sampled and okayed the wine. He raised his glass. Tammy raised her's. The glasses clicked. He toasted, "Here is to the New Year. May we always remember tonight."

Breaking the silence, Time After Time chimed on Tammy's cellphone. Looking down at her phone, he was calling, after four years. Sleepily Tammy responded, "Hello! Do you know what time is it?"

This story was written for Mini Fiction Challenges (MFC #3). The prompt was a time. If you would like more information about Vocal Writing Prompts, you can get it here.

More stories from Babs Iverson and writers in Fiction and other communities.